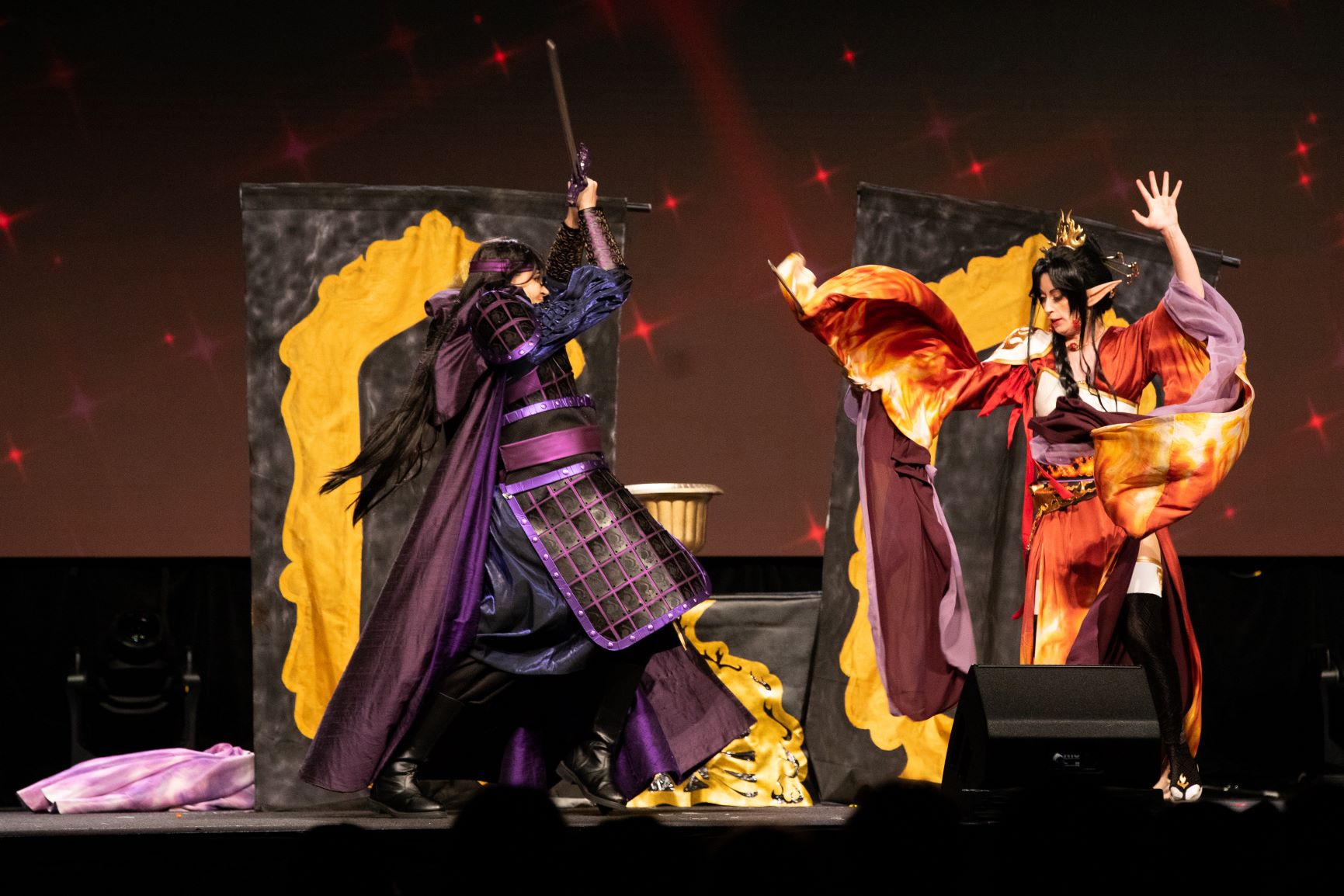 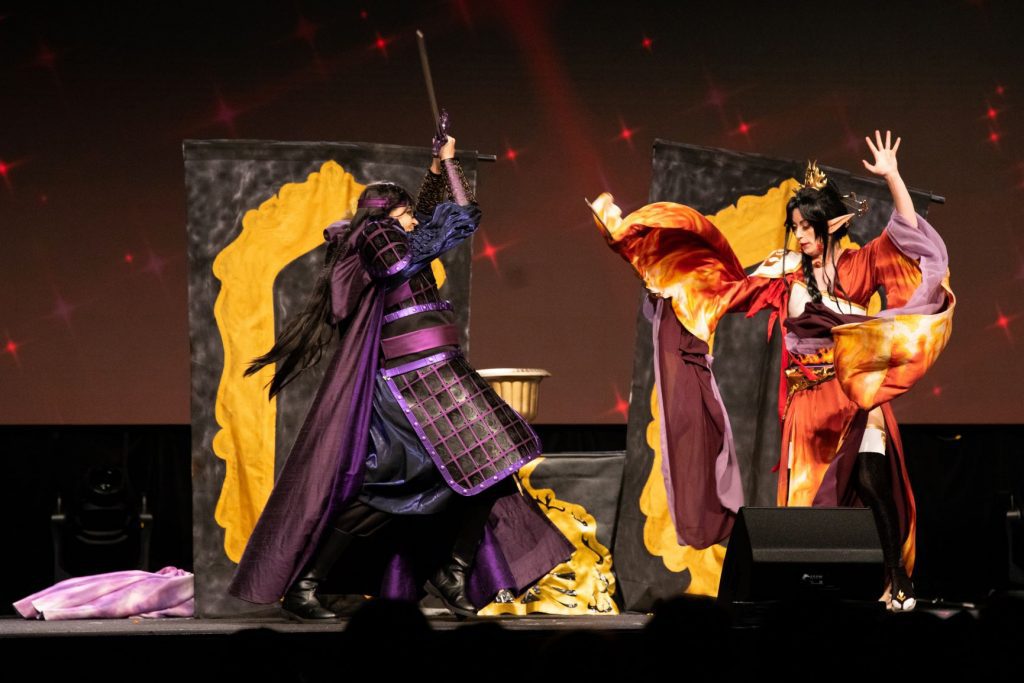 The Los Angeles Convention Center was the epicenter for anything and everything Japanese pop-culture as nearly three-hundred-fifty-thousand attendees gathered over five days to celebrate at Anime Expo (AX), the largest celebration of this genre in North America. Produced annually by The Society for the Promotion of Japanese Animation (SPJA), this five-day extravaganza, held July 3 – July 7, attracted enthusiastic fans from more than 78 countries and had an estimated economic impact for the City of Los Angeles and area hotels and businesses of more than $100 million.

During the event, fans were treated to special performances, exclusive screenings, premieres, and sneak peeks as more than 150 guests and industry professionals made appearances. Additionally, Guests of Honor, performers, voice actors, and creators were in attendance to share their talents, visions and professional advice.

AX’s huge costumed community flocked to the Entertainment Hall’s dedicated cosplay area to pose within interactive photo sets, attendees were wowed by the innovative designs during the Fashion Show, enjoyed concerts, panels and many more immersive experiences all celebrating the genre.

The Exhibit, Entertainment and Kentia Halls featured more than 350 Exhibitors and in excess of 500 artists covering 205,000 sq ft.  AX 2019 offered an extensive array of activities which  featured 900+ hours of programming and 50+ hours of AX live streamed content reaching fans in 73 countries.

To ensure that AX ran smoothly for all attendees, exhibitors, and guests, more than 1,600 volunteers collectively put in nearly 60,000 hours throughout the week.

“We are honored to have so many incredibly talented industry partners that helped us make Anime Expo 2019 such a success and create a lifetime of memories for our fans,” said Ray Chiang, CEO of The Society for the Promotion of Japanese Animation. “From premieres and exclusive screenings like, Pokémon: Mewtwo Strikes Back—Evolution, innovative cosplay, magical concerts, popular Lounge 21 and Masquerade, the vast array of activities made for many unforgettable experiences.” 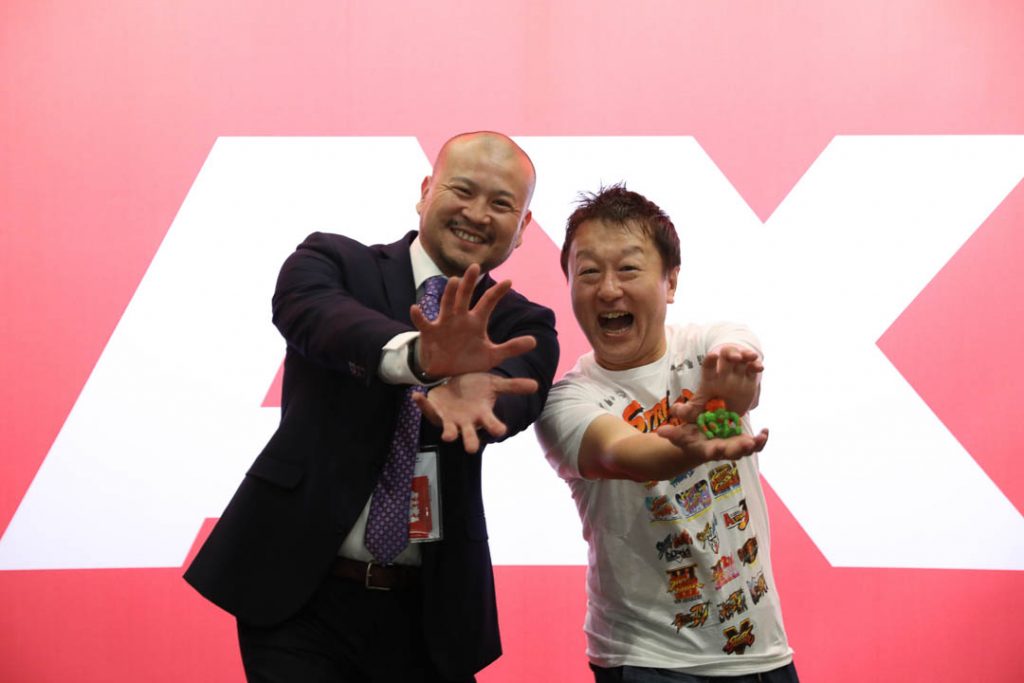 19 World & US Premieres:  Anime Expo featured plenty of films making their debuts, such as the highly anticipated exclusive screening of the newest animated Pokémon movie, Pokémon: Mewtwo Strikes Back—Evolution,  “MY HERO ACADEMIA” Season 4 Premiere, Aniplex’s “Rascal Does Not Dream of a Dreaming Girl” and “Gundam NT”  World Premiere in 4DX.

Concerts: Music always plays a big part of the AX experience and this year’s concerts showed the diversity of tastes with an exlectic mix of music as school idol group Aqours performed Love Live! Sunshine!! Aqours Wolrd LoveLive! In LA ~ BRAND NEW WAVE ~ on two nights and legendary composer and musician Yoshihiro Ike, one of the most recognized composers in Japan, entertained with his international debut performance on Sunday, July 8 with Yoshihiro Ike: Anime Soundtrack World.

Artist Alley and The Annex: Always a must-do at AX, the largest gathering of amateur and semi-professional artists at any convention, Artist Alley boasted more than 500 artists from across the US and all over the world who showcased a variety of handmade creations for sale to attendees, including original artwork, prints, crafts, clothing and comic collections. This year’s featured artists were Shinnosuke Uchida, the world’s only wall-manga live paint artist, and LA-based pop culture artist Jared Yamahata. Featuring cutting-edge, fashion-forward designers, The Annex welcomed h. NAOTO, HYPLAND, Hot Topic, Metamorphose, Acryl CANDY, and amnesiA&paramenesiA showcasing their unique creations and clothing lines.