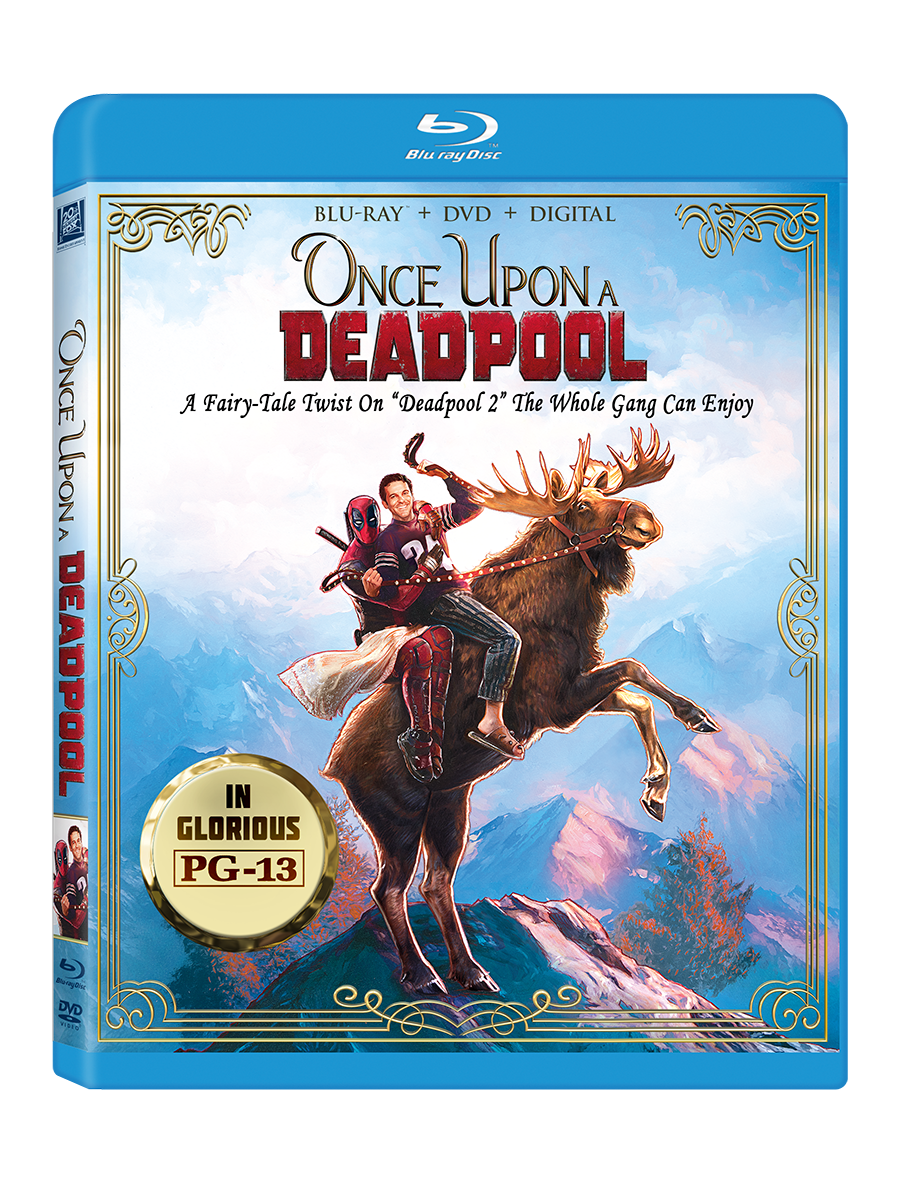 From the studio that brought you Anastasia and Ever After comes a fairy tale that doesn’t go by the book. Everyone’s favorite disreputable Super Hero returns with a twist on Deadpool 2 that the whole gang can enjoy.  Watch Deadpool (Ryan Reynolds) as he teams up with Domino (Zazie Beet), Cable (Josh Brolin) and the rest of the X-Force to prove that family is not an F-word. With over 20 minutes of new footage and jam-packed with surprises, you’ll wonder why the fudge they even bothered with the original version.

Not only does Once Upon a Deadpool help you deliver on that pesky New Year’s Resolution to spend more time with your family, you can also feel all warm and fuzzy about the fact that Twentieth Century Fox Home Entertainment will be donating $1 from every Blu-ray™ Purchase or Digital Buy or Rent from January 1 to January 28, 2019 to Fudge Cancer (US only. Minimum donation of $100,000). Fox also donated $1 for each ticket purchased during the film’s festive theatrical release.

Once Upon a Deadpool will be available on Digital with Movies Anywhere, as well as on Blu-ray™ January 15.

ONCE UPON A DEADPOOL TECHNICAL SPECIFICATIONS

ABOUT TWENTIETH CENTURY FOX HOME ENTERTAINMENT
Twentieth Century Fox Home Entertainment, LLC (TCFHE) is a recognized global industry leader and a subsidiary of Twentieth Century Fox Film. TCFHE is the worldwide marketing, sales and distribution company for all Fox film and television programming, acquisitions and original productions as well as all third-party distribution partners on DVD, Blu-ray™, 4K Ultra HD™, Digital and VOD (video-on-demand). Each year TCFHE introduces hundreds of new and newly enhanced products, which it services to retail outlets and digital stores throughout the world.