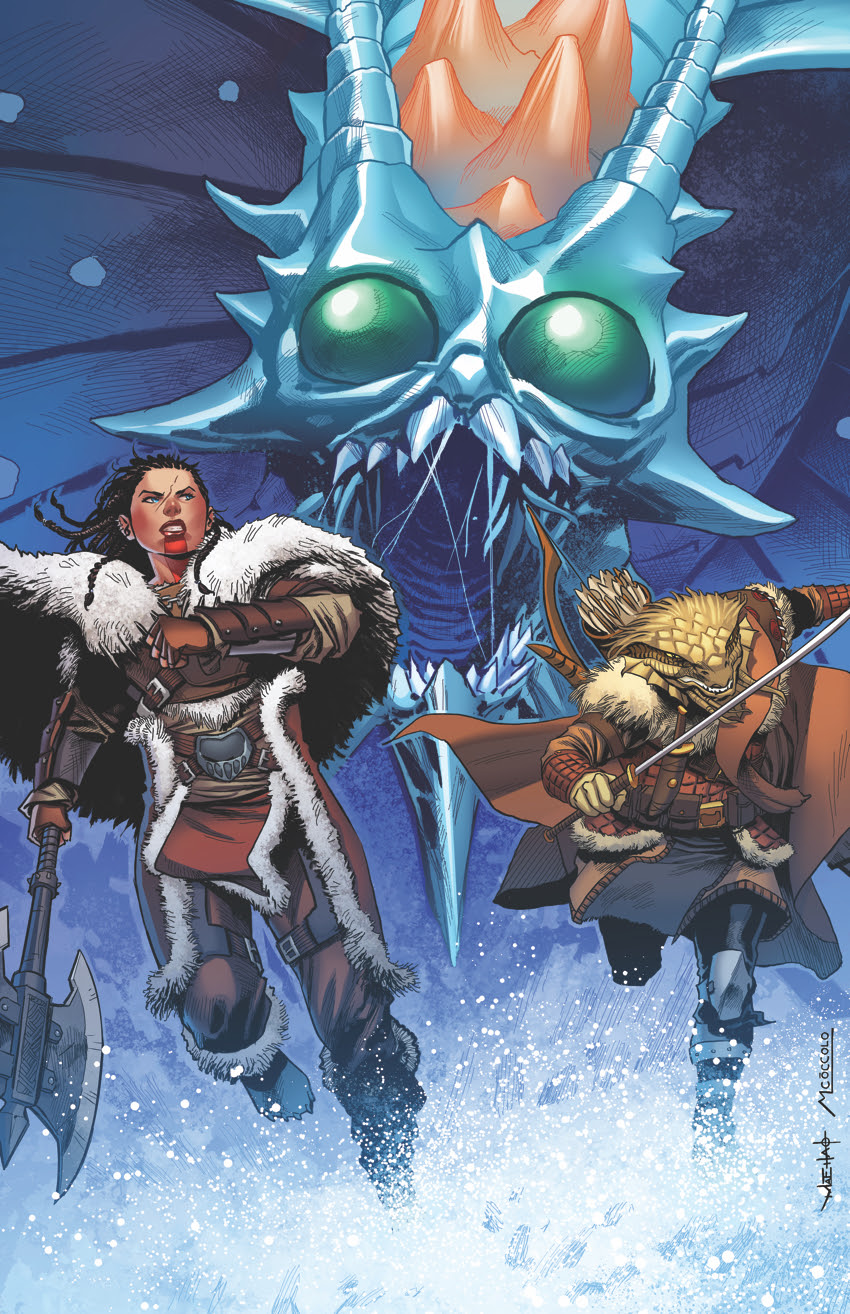 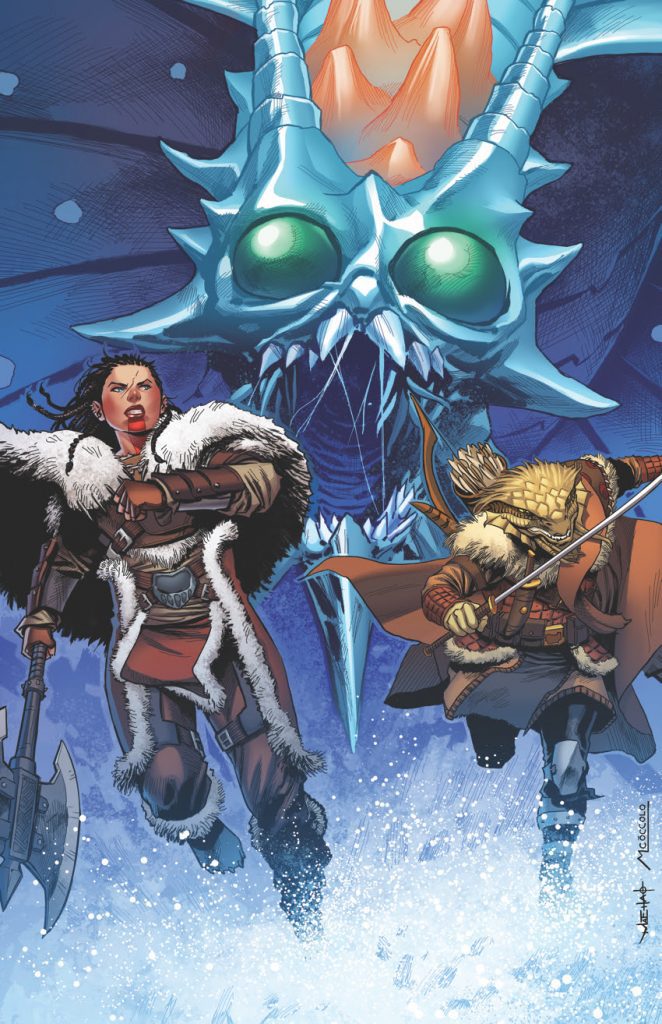 Two new adventurers have joined the party as New York Times bestseller and former WWE superstar AJ Mendez (Crazy is My Superpower) and actor Aimee Garcia (star of Lucifer and Dexter) are announced as co-writers for the upcoming Dungeons & Dragons: At the Spine of the World comic book from IDW Publishing!

Based on the massively popular game and featuring a cast of brand-new characters, the four-issue At the Spine of the World storyline launches in late summer with artwork by IDW mainstay Martín Cóccolo (Magic: The Gathering, Star Trek: Year Five).

In At the Spine of the World, the never-ending winter’s night is slowly driving an isolated town in the depths of Icewind Dale to the brink of insanity. To save them all, a perilous journey awaits a band of adventurers as they battle a furious icy god and uncover the plot of an ancient primordial evil.

“The fantasy genre is a source of solace, love, and belonging for me, so entering the world of Dungeons & Dragons is exciting and squeal-inducing in a way that probably isn’t professionally acceptable. But it’s too late
now, IDW is stuck with me!” says Mendez. “This is a prestigious and beloved title and we’re proud to join the party.”

“As a kid, I thought I could do magic. As an adult, I never stopped believing in magic. And, as an actor, I play make believe every day,” says Garcia. “Fantasy has always been a part of my life. So, I’m excited and honored to create fantastical stories of brave adventures, because in some way, if they can slay monsters and keep fighting when the odds are stacked against then, then we can keep fighting… no matter what odds are stacked against us.”

“We are so glad to have the chance to bring fans this all-new iteration of Dungeons & Dragons comic books, and know fans will embrace this new cast of characters as well as they have our previous versions,” says John Barber, Editor-in-Chief at IDW. “This Dungeons & Dragons comic cast and series could not be in better storytelling hands than those of AJ, Aimee, and Martin!”

The new four-issue Dungeons & Dragons miniseries marks the second IDW comic book collaboration between AJ Mendez and Aimee Garcia, who previously stepped into the ring of the Netflix Original comedy series GLOW with the GLOW vs. The Babyface series.

Dungeons & Dragons: At the Spine of the World #1 will be available with multiple cover variants for retailers and fans to enjoy, including Cover A by Martin Coccolo, a roleplaying game-style Character Sheet design by Max Davenport as Cover B, and two Retailer Incentive editions by Catherine Nodet and Max Davenport, respectively.

For information on how to acquire copies of the Dungeons & Dragons: At the Spine of the World comic books, please contact your local comic shop or visit www.comicshoplocator.com to find a store near you.