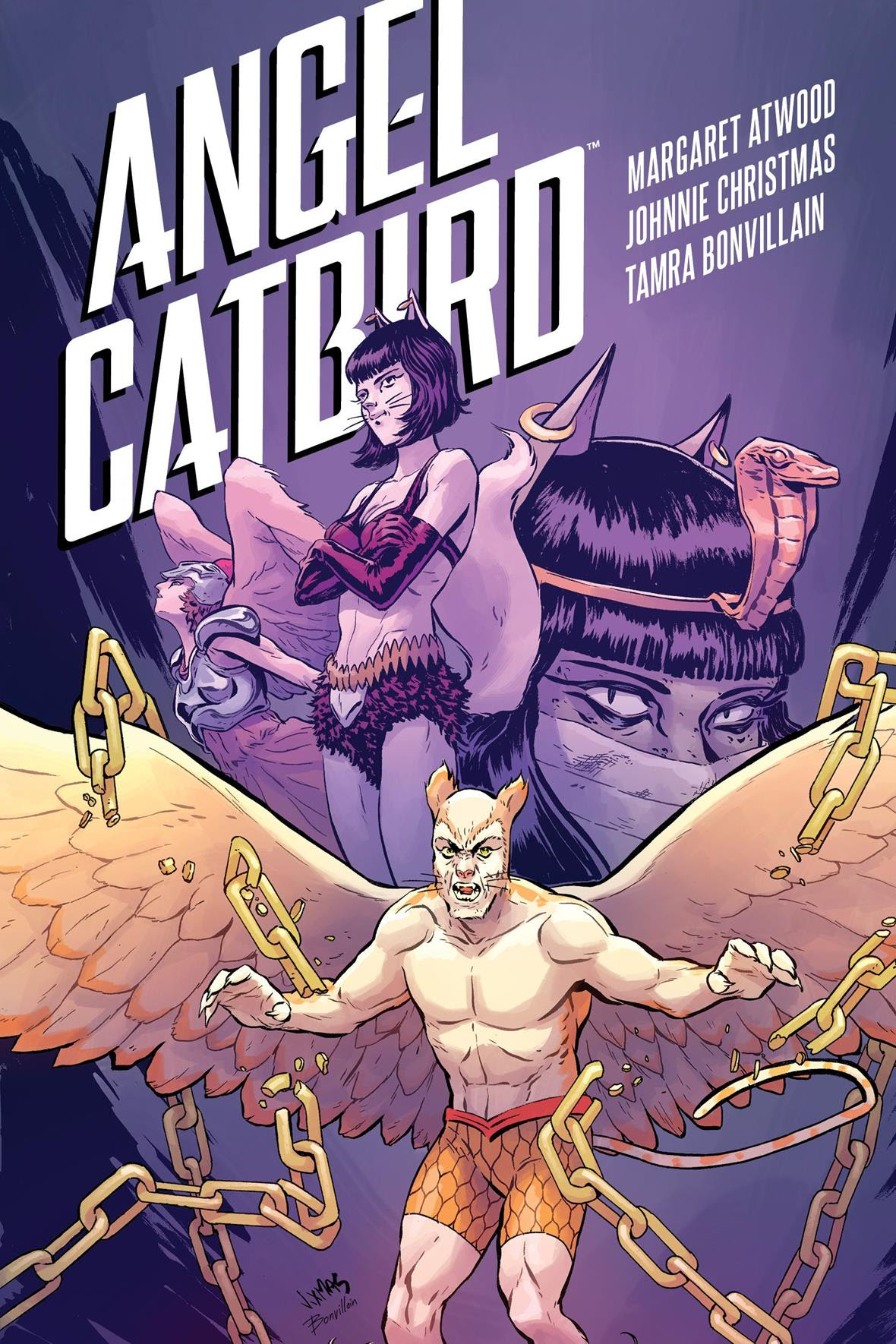 Dark Horse is proud to announce that one of the most eagerly anticipated and unusual books of the year, Angel Catbird Volume 1, by the Man Booker Award-winning author Margaret Atwood, artist Johnnie Christmas, colorist Tamra Bonvillain and letterer Nate Piekos of Blambot, will debut as the #1 Hardcover Graphic Novel on the New York Times bestseller list for September 25.

Angel Catbird is the first graphic novel and the latest politically charged book by Atwood, who was recently named the recipient of the 2016 PEN Pinter Prize for her political and environmental activism. Angel Catbird is being published by Dark Horse Books in tandem with Keep Cats Safe and Save Bird Lives, www.catsandbirds.ca, an initiative led by Nature Canada, the oldest conservation charity in the country.

“I’m so thrilled with the reception of Angel Catbird,” said Margaret Atwood. “None of my books has ever shot up a New York Times list so quickly — thanks to the excellent work by Johnnie and Tamra, but thanks especially to the readers who have welcomed young Angel Catbird and his friends and enemies so warmly. A catnip and birdseed toast is in order!”

Artist Johnnie Christmas (Sheltered) and colorist Tamra Bonvillain (Doom Patrol) have collaborated on the art for the story of this most unusual of superheroes, who is part cat and part bird.

“I couldn’t be happier that we’ve debuted at top of the New York Times bestseller list,” said Johnnie Christmas. “I’d like to thank all the readers who’ve taken flight with us into the world of Angel Catbird. Congrats to Margaret (one of the world’s greatest writers) and Tamra (one of the world’s greatest colorists) and everyone who had a hand in bringing the book into the world and getting it onto shelves.”

“This is very exciting news,” said Tamra Bonvillain. “It’s great to see something we’ve all been working on for some time finally come out and be so well received.”

Angel Catbird Volume 2 will be published on February 14, 2017 and Volume 3 will be released next fall.

While Angel Catbird is Atwood’s first foray into writing a graphic novel, she ran a strip called “Kanadian Kulture Komics” for This Magazine in the 1970’s, about a Canadian superhero who could not fly. Next month, on October 18th, Dark Horse will publish the highly anticipated anthology The Secret Loves of Geek Girls: The Expanded Edition, featuring cartoons by Atwood created for the anthology, that detail her personal experiences as a young woman. The Secret Loves of Geek Girls is edited by Hope Nicholson, who served as project consultant for Angel Catbird. Atwood’s cartoons will appear alongside a dazzling mix of prose, comics, and illustrated stories about love, dating, and sex, featuring more than 50 creators including Mariko Tamaki (This One Summer), Trina Robbins (Wonder Woman), Gisèle Lagacé (Ménage à 3), Marguerite Bennett (A-Force), Marjorie Liu (Monstress), Carla Speed McNeil (Finder), a foreword by Kelly Sue DeConnick (Bitch Planet) and a new cover by Noelle Stevenson (Nimona).

“A real trip… Half cat, half bird, half pulp adventure and half environmental treatise.”– Polygon

“Atwood’s debut is coming at just the right moment in the history of comics.”– London Free Press

“A good old-fashioned superhero romp, full of bright colors and vibrant characters… The comic is adorned with cat facts, providing helpful info and real-life statistics about the animals.”– Entertainment Weekly