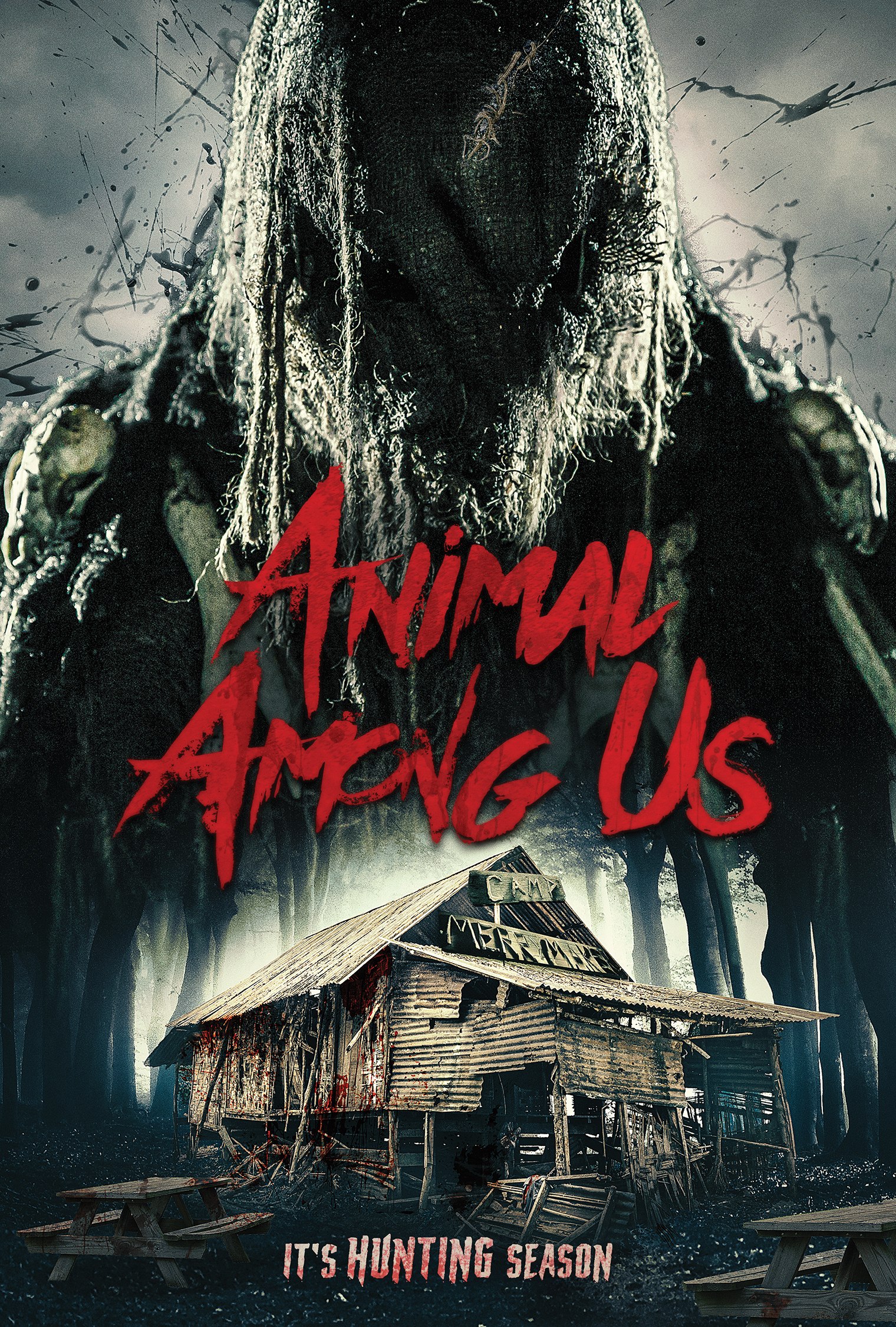 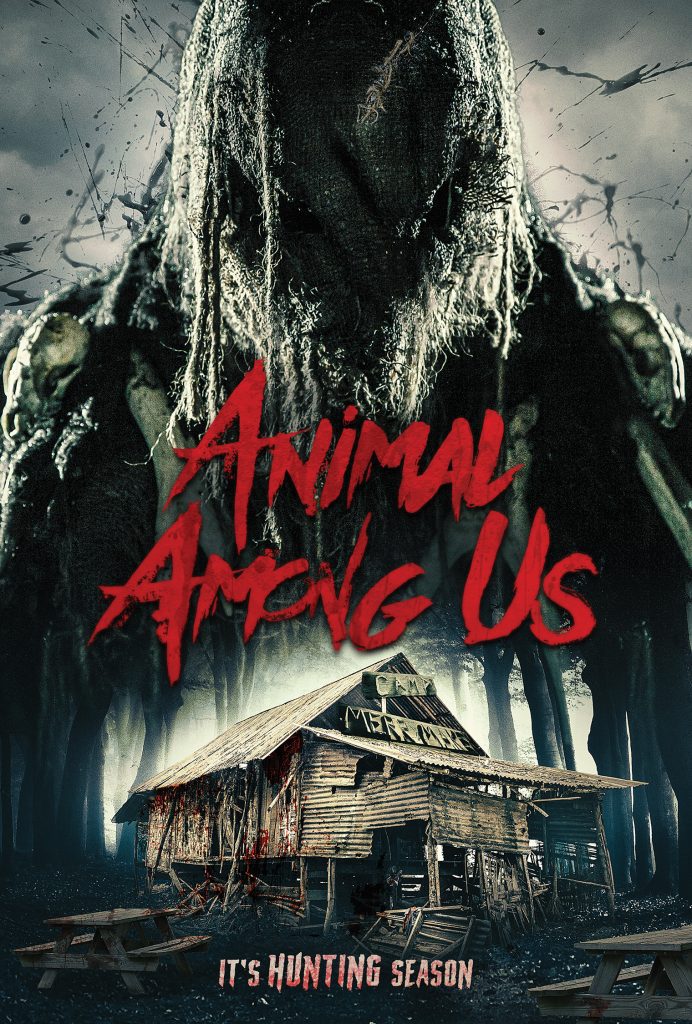 From Uncork’d entertainment comes Animal Among Us, a film that has been described as Friday the 13th meets Dog Soldiers. It’s a description that will have many horror fans curious if they can actually pull it off, and I’m glad to say, they pulled it off.

Fifteen years ago, two teenagers were murdered at Merrymaker Campgrounds. The case was dismissed as an animal attack, the camp was shut down, and the killer was left to roam free. Years later, author Roland Baumgarner (Christian Oliver) decided to make this case the subject of his book, detailing the tragic events that happened there. Since the release of his novel, the campground has become famous, but not for the reason the current owners want it to be.

The living heirs of the Merrymaker, sisters Anita (Larisa Oleynik) and Poppy (Christine Donlon), are now running the camp by themselves and are planning a grand reopening. Things are starting to look up for them until the monster that struck 15 years ago is on the attack again. This starts to happen right before Roland arrives, who has accepted an invitation to visit the campground for the opening. Now the sisters, their family friend Wolf, and Roland must hunt the creature before it’s too late.

Animal Among Us is a throwback film of the best kind. It feels like it was made decades ago, but with a modern shine. It’s a movie that strikes a balance between nostalgia and modern horror perfectly. Right when it feels like you are getting sucked into a slasher movie from years past, it brings us back into our modern day. The best way I can describe it is if Wes Craven made a monster slasher movie in the ’90s. Much like how Craven updated the teen slasher while still keeping it very familiar with Scream, director John Woodruff has done that with this film.

Written by Jonathan Murphy, the script is layered with plenty of drama, suspense, and humor. Early on in the film, we are introduced to a prominent theme in the film, which is the idea that we all wear masks. Masks, and what is hiding underneath ours, plays heavily into the narrative of the story. Christian Oliver gives an excellent performance as Roland, who is a deeply flawed character. Although we want to like him, he gives us many reasons not to. He has many secrets hiding behind his mask, especially from his wife, Christine (Erin Daniels). Larisa Oleynik gives a smart, fierce, and sharp performance as Anita, who is also a very complex character, and whose true motivations are hidden as well. Christine Donlon is fantastic as Poppy, and Don Frye is very entertaining as Wolf.

On top of the beautiful human element of this film, let us not forget that there is a monster on the loose. It could be a Sasquatch; it might not be; that’s for you to watch and find out. The scenes involving the animal are incredibly tense, especially if you don’t care for being stuck and helpless in the middle of the woods. Things like this are why I don’t hike alone.

Animal Among Us is a good movie. It’s a fun monster/slasher movie with great human drama. It’s complex, a lot deeper than I expected, and leaves you completely satisfied. I definitely recommend checking it out as it is now available on DVD and VOD.