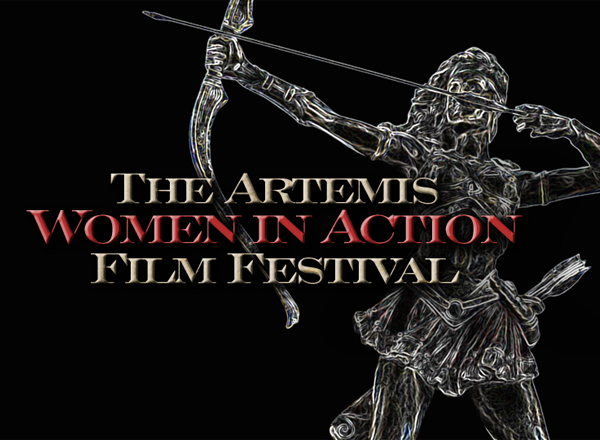 (Los Angeles)– A first of it’s kind, inspired by the popularity of the genre, its longevity, and their love of film, Artemis Motion Pictures has announced a launch date for  the world’s first film festival devoted exclusively to honoring female driven action films.

The inaugural Artemis Women in Action Film Festival will be held in Los Angeles from Friday thru Sunday (April 24- April 26, 2015). “If we want to see women taking up a stronger place in society on every level we must create those images in our filmed entertainment as this is the fastest path to change that paradigm.”  states Melanie Wise, Co-Founder of the Artemis Women in Action Film Festival.

The festival will feature classic and present female action movies and honor the cinematic female action greats, including the men and women who pioneered them and those who contributed to the success of the genre.  “How women are portrayed in films affects how women in general view themselves and the world.” remarks Co-Founder Sean Marlon Newcombe. “ Female action heroes can be a talisman for a more shining ideal of the roles possible to a woman. Instead of the long-suffering wife, the dutiful assistant or the weeping victim, they see reflected, the hero, the warrior, the leader.”

One such honoree will be Angela Meryl (Kill Bill, Pirates of The Caribbean) who will be on-hand to receive the first ever Artemis Stunt Unsung Heroine Award, with many more honorees to be announced in the upcoming days. “We believe that film has the power both to entertain and awaken. We also believe that it reflects and affects. Female action films have made $3 billion since 2012, yet the genre is often overlooked and the role of women in film has not improved despite this box office clout.” says Newcombe.

The weekend festival will include panel discussions, filmmaker Q n As, and plenty of press opps for the fans and filmmakers alike.  In an effort to promote new talent, the Festival is accepting submissions for a film competition where up-and-coming filmmakers can submit their next wave of female-centric action movies in the categories of Feature length, Short, Documentary Feature, Documentary Short, Animated Feature and Animated short. The films will be judged on such aspects as quality of film, technical aspects, performances, and specifically for this festival, the quality of action. The panel of judges will include a list of notables in the action genre.  Confirmed Judges include Katrina Hill (Author Action Movie Freak/CEO of ActionFlickChick.com), Rileah Vanderbilt (Team Unicorn/Hatchet Trilogy/Danger Maiden Productions), and Helen Oakleigh (Award Winning UK Director/Writer/Actor)

Currently raising completion funds on Indie Go Go, please visit www.WomenKickAss.com to learn more about the festival, it’s founders, and the one of a kind unique items available to you on the crowdfunding campaign page.  A portion of the funds raised will be donated to the non-profit Girls On The Run – LA County Division- to celebrate their 10 years of making a difference in girls’ lives across the nation.

“Until women are portrayed as physically equal we will continue being seen as less.”  – Melanie Wise, Co-Founder Artemis Women in Action Film Festival