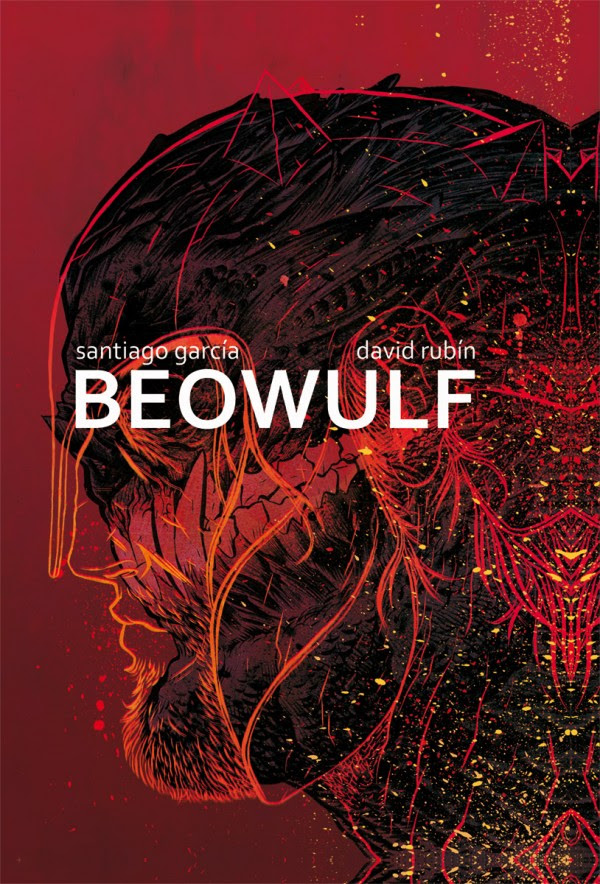 García and Rubín’s graphic novel breathes new life into the epic tale of BEOWULF, the myth that has endured for a thousand years and influenced generations of authors and filmmakers. In it, the monster Grendel has arrived in the kingdom of the Danes, devouring its men and women for over a decade—until the hero Beowulf arrives to save them. Now in paperback for the first time, this English translation of Santiago García and David Rubín’s faithful depiction of the classic story brings a modern perspective to the potent, epic resonance of the source material.

The BEOWULF trade paperback (ISBN: 978-1-5343-0919-7, Diamond code: MAY180058) will be available in comics shops on Wednesday, September 19th and bookstores on Tuesday, September 25th. It can be preordered via Amazon, Barnes & Noble, Books-A-Million, Indiebound, and Indigo.

“Whether you’re a fan of Beowulf or new to the work, this beautiful retelling should stir the imagination and remind us why people have been reading the poem for a millennium.” —Library Journal (starred review)

“A vibrant, visually stunning adaptation that shows why this story has stayed alive for over 1,000 years.” —Publishers Weekly (starred review)

“A brutal, enchanting take on the mythical hero.” —The AV Club