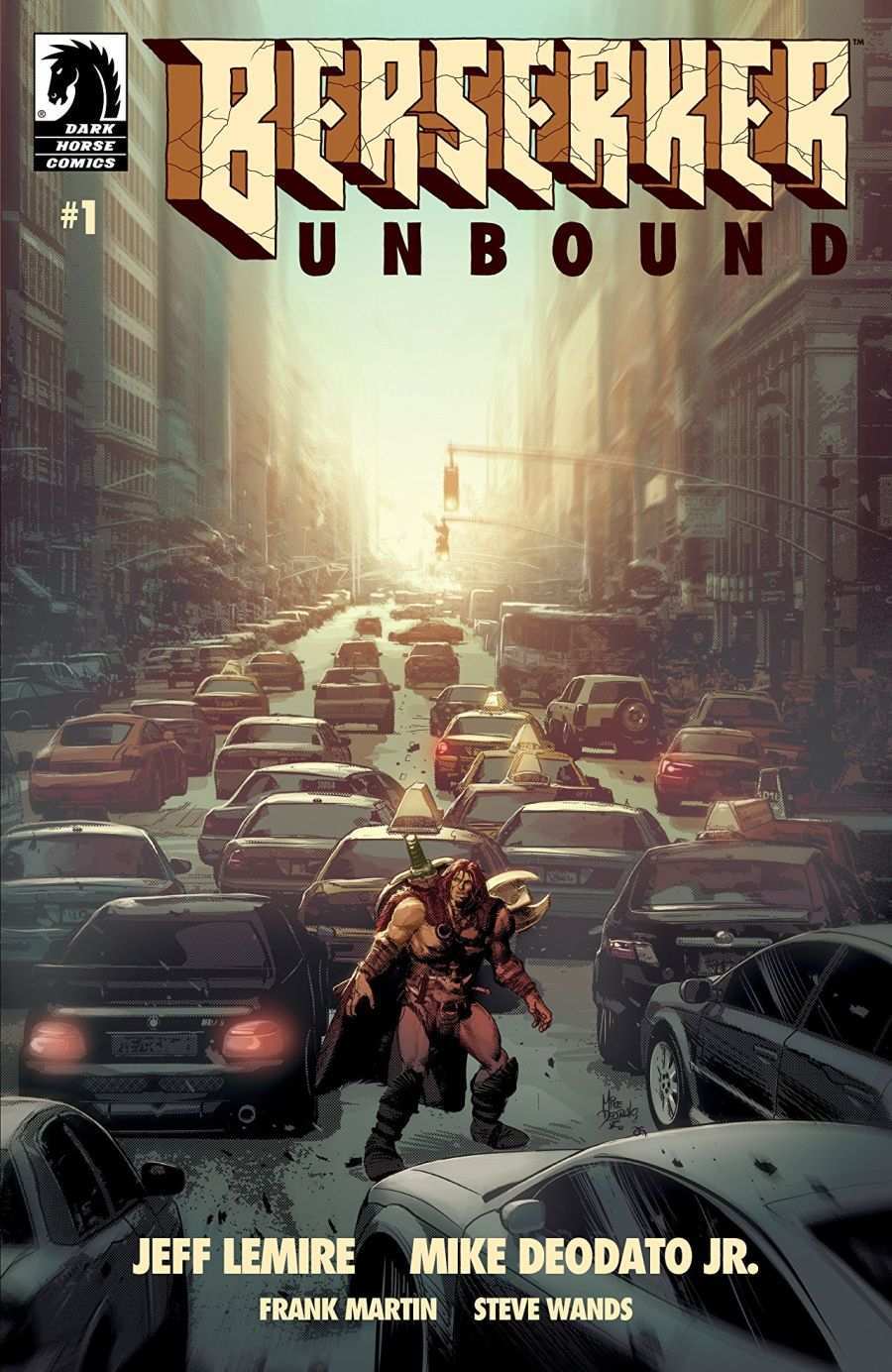 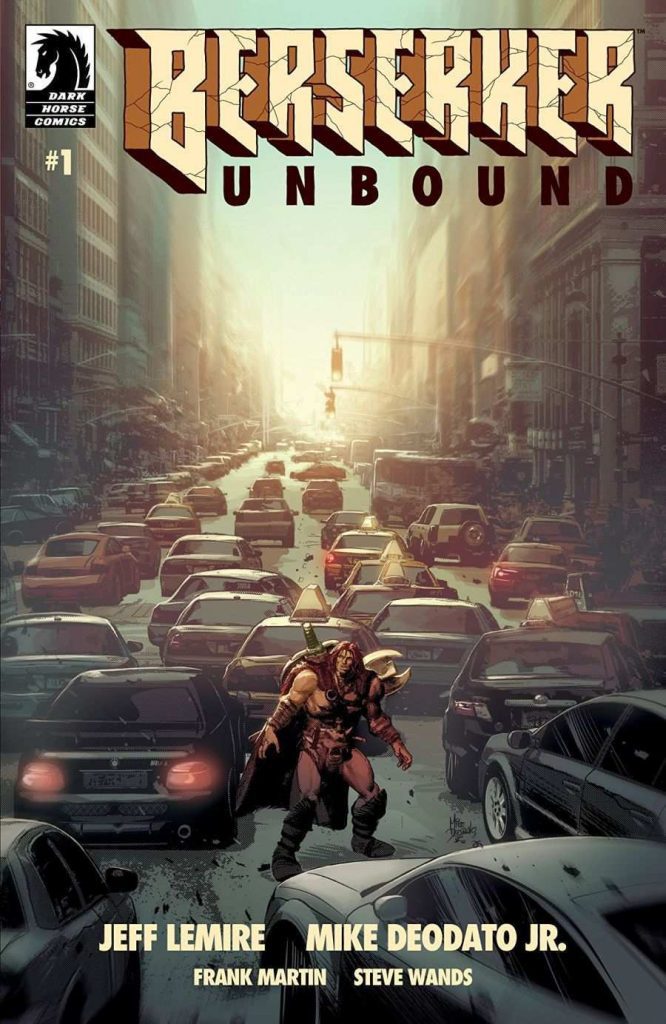 When you have two well respected and talented creators like Jeff Lemire and Mike Deodato Jr. come together for a creator-owned series, the world should take notice. Berserker Unbound is a brand new series from Dark Horse Comics that takes a dangerous warrior and flings him into the modern-day.

The Berserker is a fierce warrior, one who talks with his blade and who’s name strikes fear across the lands. He is the Mongrel King, a man who fights for the chance to go back to a life of peace with his wife and child. But when raiders attack his home, his wife and daughter are casualties of the fight. This is where we get to see the crimson-haired warrior let loose as he strikes down his foes in a violent manner. But when a strange mystic man somehow transports the warrior to our modern times, what can a barbarian do in a land filled with the internet, Uber, and firearms?

Lemire is one of my favorite writers, so anything he is a part of, I will give it a shot. The story is simple and straightforward, and most of all, fun. Deodato Jr. has been a favorite of mine for so long: his work at Marvel has been nothing short of breathtaking. His work here, from the powerful fight scenes to the trippy time warp look amazing. This book can go in just about any direction with Berserker now plunged into our modern times, and I cannot wait for what the second issue holds. Strong language and intense violence warning, this is not a book for kids, but as an adult, I am on board for Berserker Unbound.