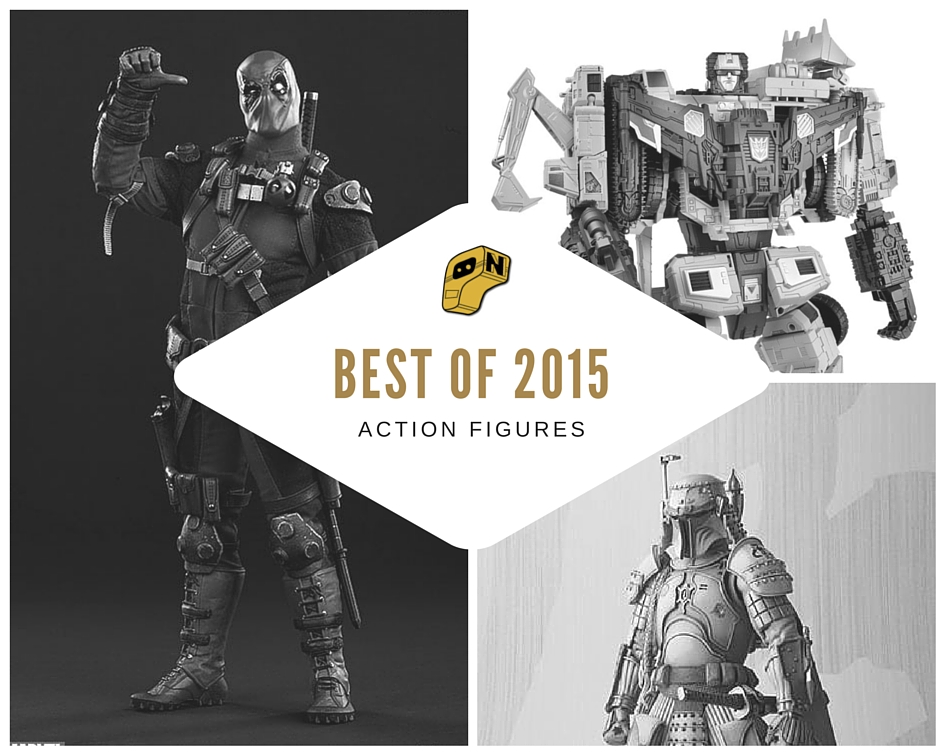 2015 was a great year for action figures: from Star Wars to dinosaurs, the action figure game was stepped up once again. Some from the giants in the industry, and some from new companies eager to show what they can do.

So, without further delay and in no specific order, here is Pastrami Nation’s Top 10 Action Figures of the Year! 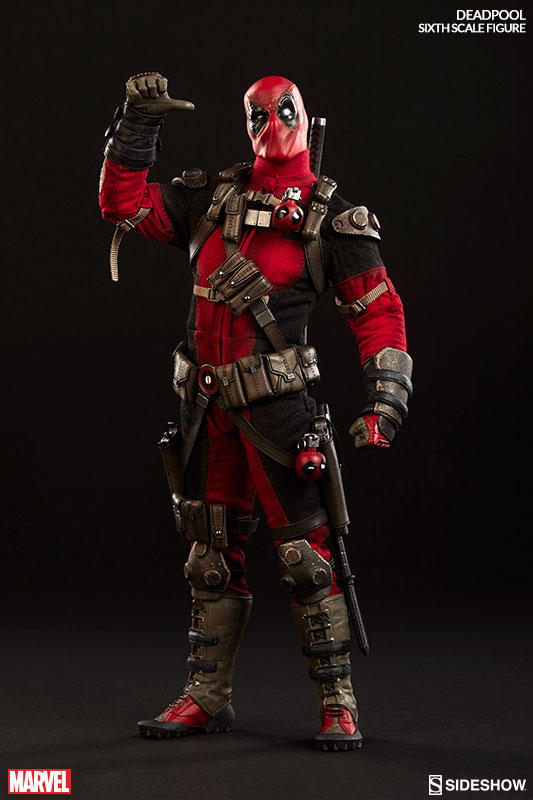 The merc with a mouth came to shelves everywhere in 2015, but the best representation of Wade Wilson has to be the Sideshow Collectibles sixth scale figure. This figure features a crazy head sculpt, a bazillion pouches, all which are removable, guns abound, and so much more. The exclusive version even has Headpool! What a way to kick off Deadpool’s movie season.

Arguably the most iconic take on Batman, Mezco brought the world Frank Miller’s Dark Knight Returns Batman as the debut figure of their One: 12 Collective series, which brings the world stunning, 6 inch scale figures with real cloth costumes and amazing articulation. A stunning testament to the classic story, this Batman is the one to get when it comes to The Dark Knight Returns. 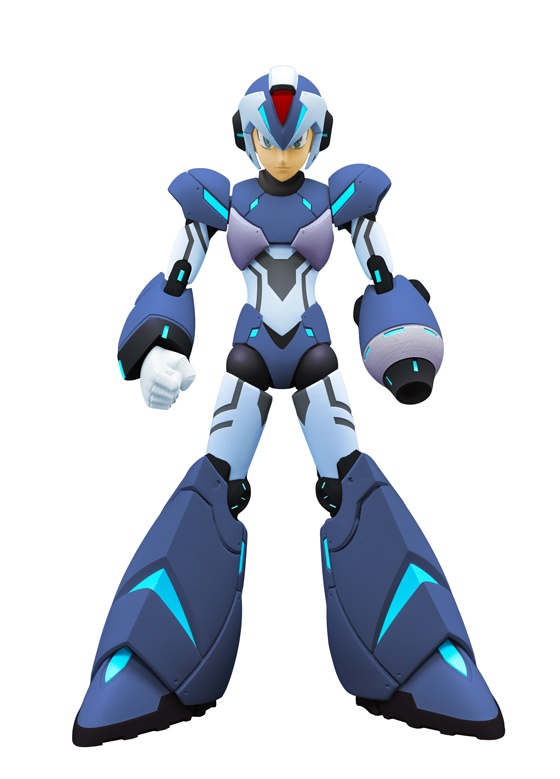 The blue bomber has been a staple in not only the video game world, but pop culture as well. So when Truforce Collectibles announced an officially licensed Mega Man X figure with die cast parts and light up canon, we were all anxious to see the end product. The centerpiece of a Kickstarter campaign, the figure was released this fall and wowed on all levels. The ultimate Mega Man figure- if you can get the NYCC and Kickstarter variants as well, you will not be disappointed! 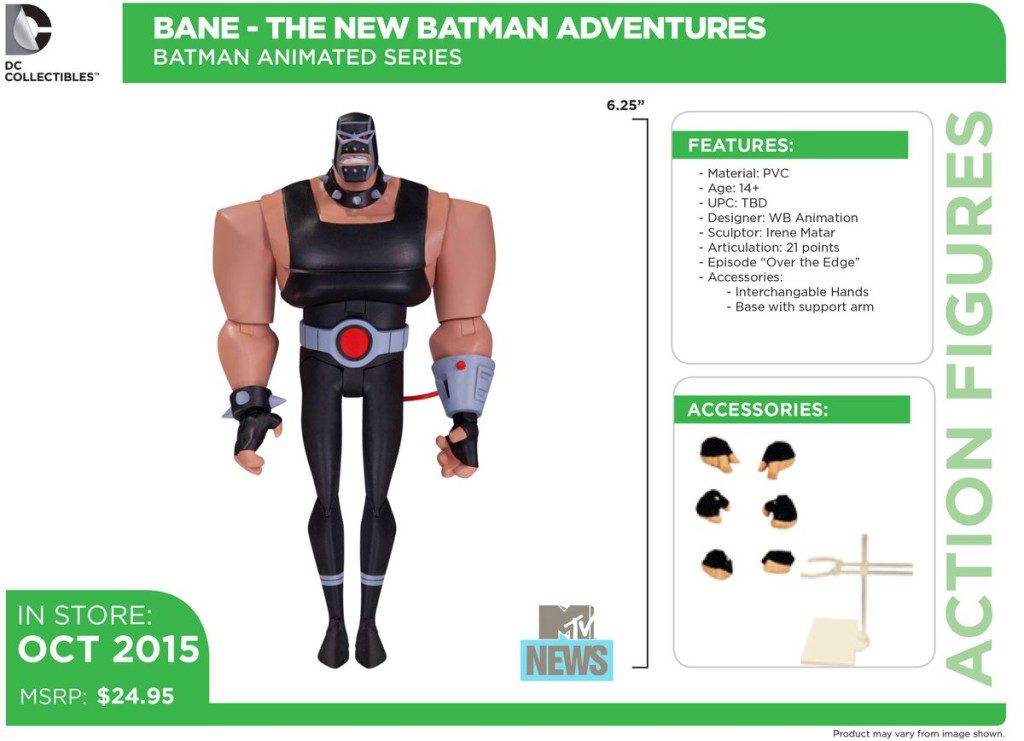 Batman: The Animated Series is, in my opinion, the best comic based animated series to be released. DC Collectibles brought the amazing Bruce Timm designs to life with a 6 inch series of figures- loaded with articulation but retaining the simple design elements we loved about the cartoon. The Bane figure, which is so bulky and yet so articulated, is a shining example of what this series has to offer. 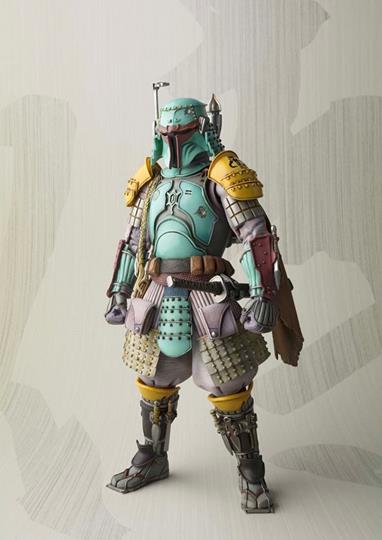 The Movie Realization Star Wars figures inspired by samurai designs has been a favorite of mine since Darth Vader touched down. But with Boba Fett, I have a clear favorite. The armored bounty hunter is a perfect fit for this line, and is the best yet. The figure, expertly sculpted, still has a load of articulation and is a must for Star Wars fans everywhere. 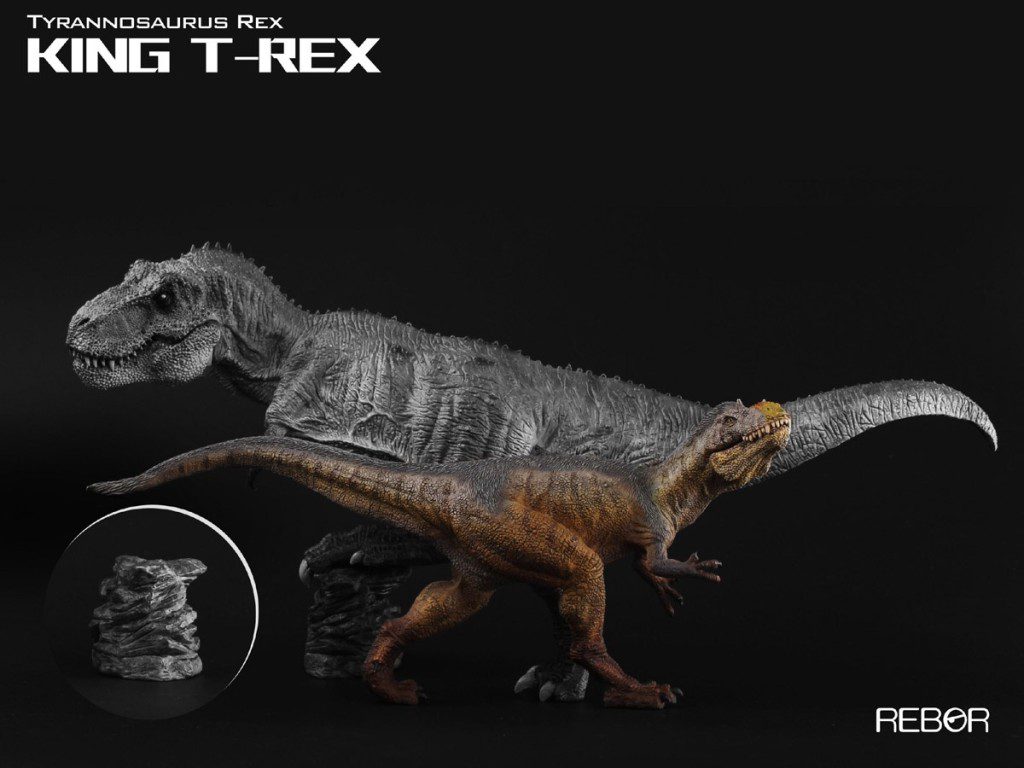 In a year where dinosaurs ruled, Rebor released the king of the dinosaurs with their awesome King T-Rex! This 1/35 scale figure museum class replica features a movable jaw and a sculpt that is all one piece- no seams here folks. THE dinosaur collectibles to get in 2015. 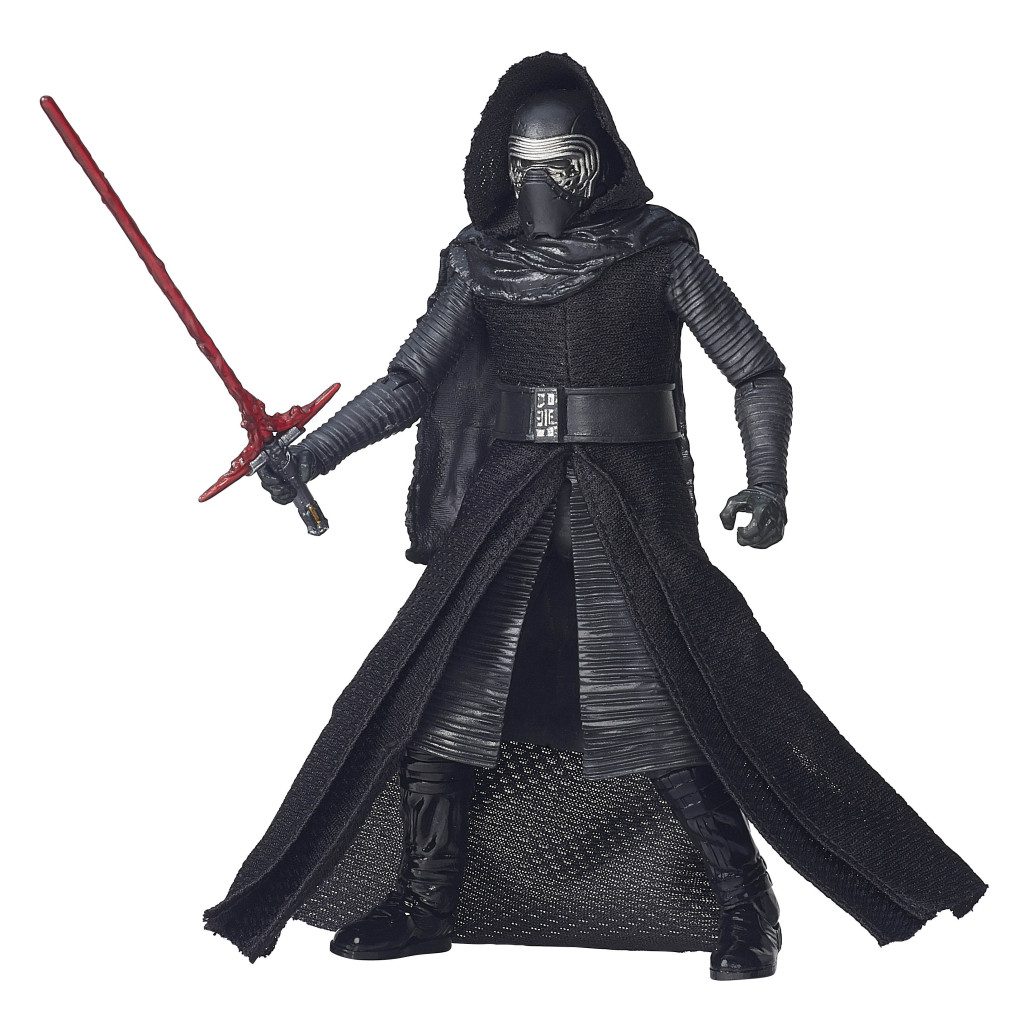 He is the new big bad in Episode VII- The Force Awakens, and he is one of the coolest 6 inch figures to hit store shelves this year. The menacing Kylo Ren had plenty of action figures out there, but the 6 inch Black Series version is the clear winner so far. Reenact all those spoiler filled moments with the best Ren at the toy store. 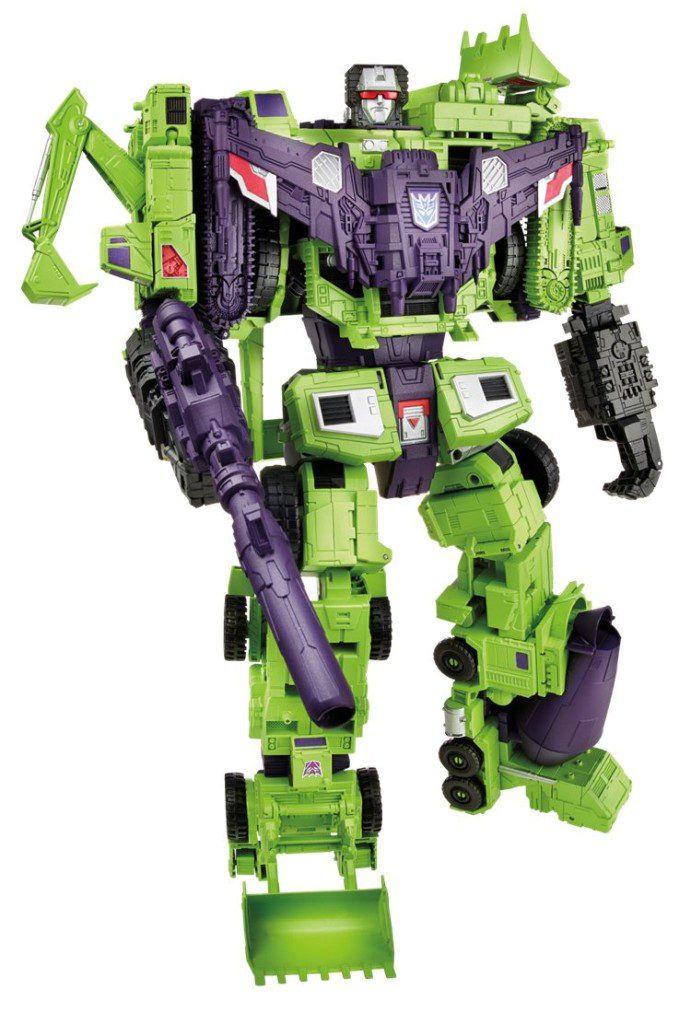 The Combiner Wars series of Transformers have brought us updated versions of the classic, generation one characters- the main stand out has to be the biggest- Devastator. The Constructicon combiner is huge, and built of larger than most robots. The Transformer figure of the year is green and proud. 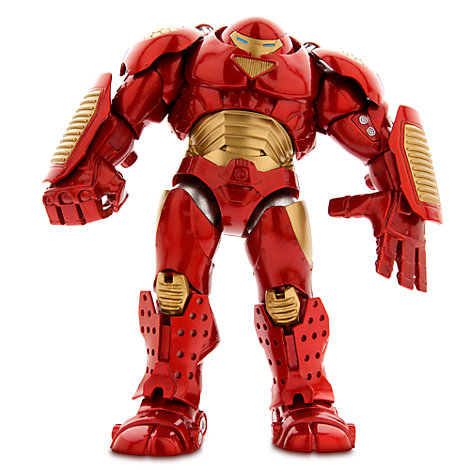 This year’s Avengers: Age of Ultron introduced the cinema world to one of my favorite Iron Man designs: the Hulkbuster suit. Though a build a figure of the movie version is available from Hasbro (and is great as well), the clear winner is the Marvel Select version, available from Disney Stores. The figure is massive, and has some real weight to it. Showcasing the comic book version of the armor, it’s a great example of what Marvel Select can do. 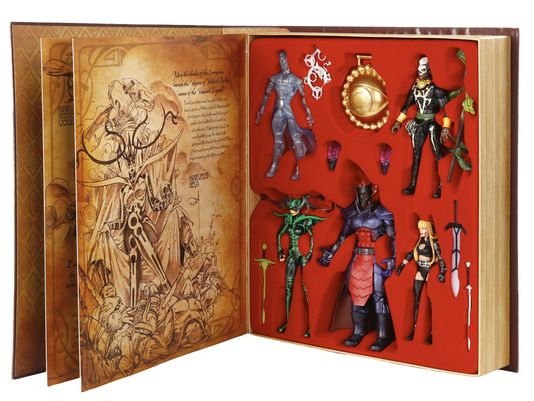 Doctor Strange is the talk of the town right now, and during the summer convention season, Hasbro made Doctor Strange the talk of San Diego Comic Con. The Book of Vishanti Marvel Legends set featured five figures in an amazing book packaging- an astral form Doctor Strange, Brother Voodoo, Dormammu, Magik and Hela. Many of these are figures fans have been wanting for years, and thanks to Hasbro, they are a reality.