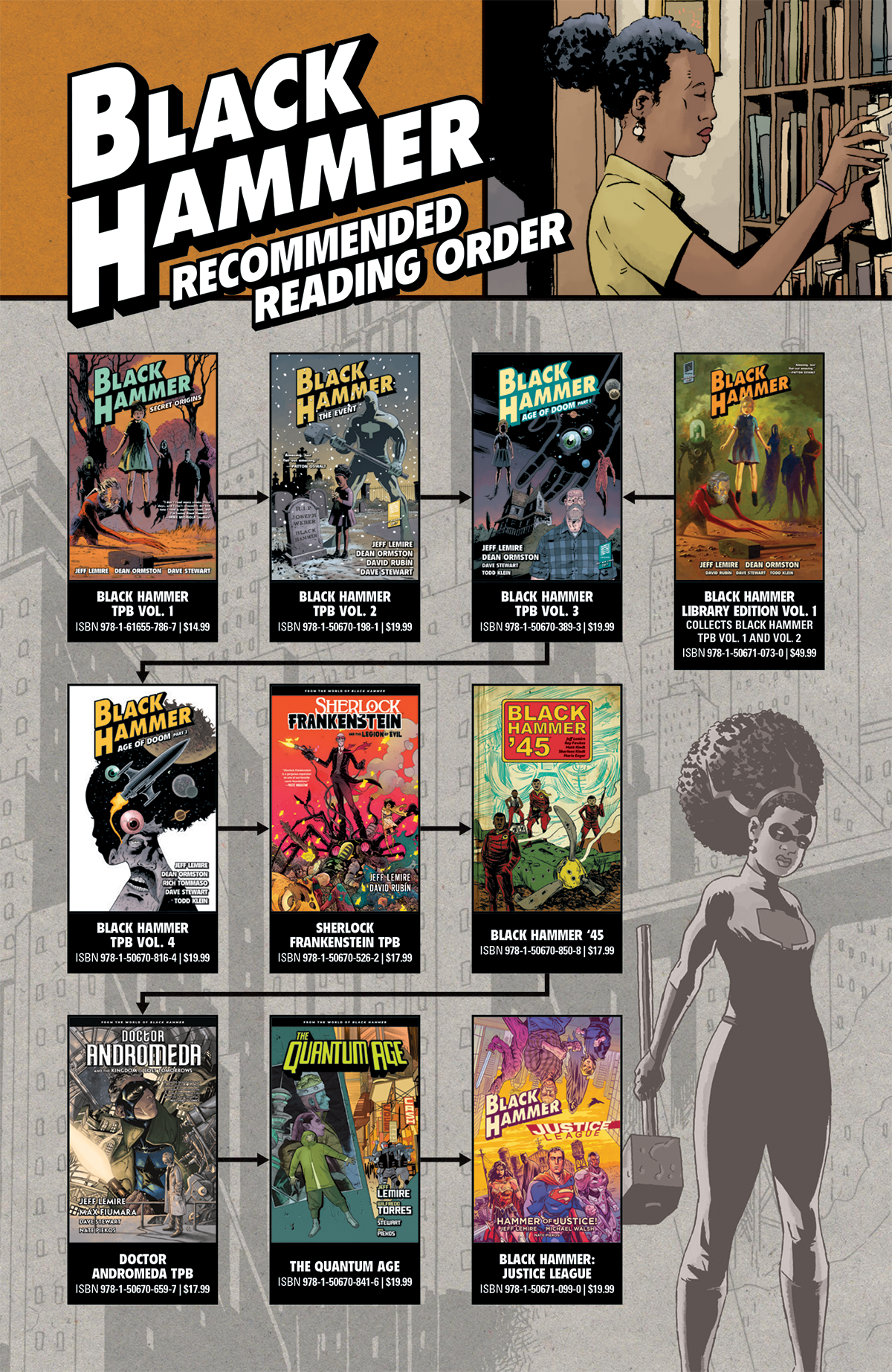 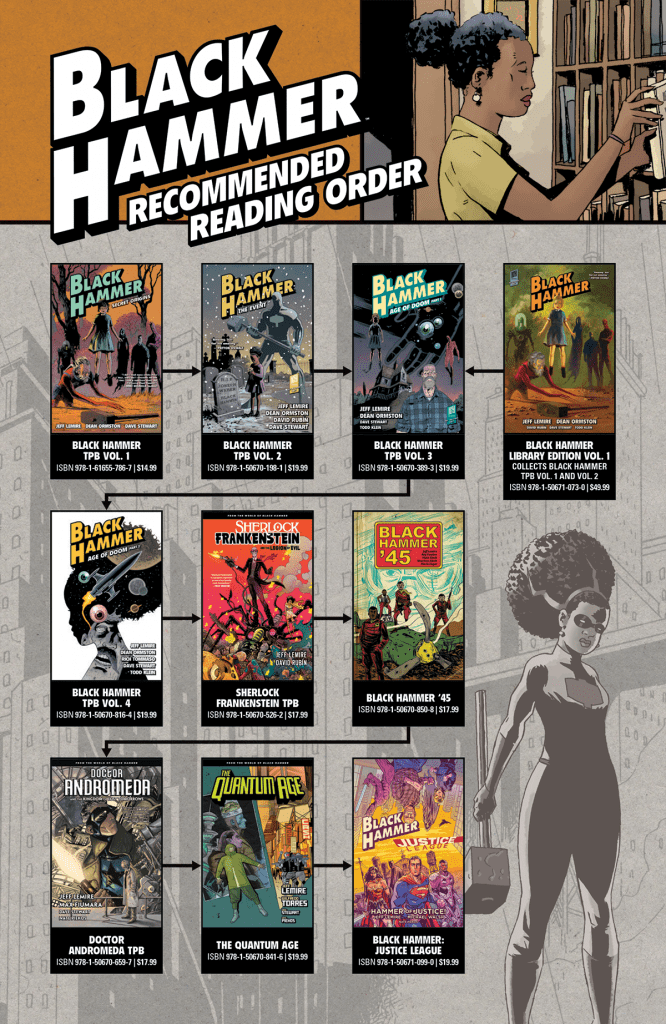 While there are many points where a new reader could enter the Black Hammer-verse, we’ve put together a suggested reading order in the graphic below.

You can see all Black Hammer titles on our website here, including past single issues, upcoming single issues, and you can narrow your search to see only the collected graphic novels (like those shown in the graphic below).

More ongoing now and coming soon, which you can see here. We’ll update our reading guide again when these newer titles are also collected!

Click on the graphic to download a larger PDF version.
Once they were heroes, but the age of heroes has long since passed. Banished from existence by a multiversal crisis, the old champions of Spiral City—Abraham Slam, Golden Gail, Colonel Weird, Madame Dragonfly, and Barbalien—now lead simple lives in an idyllic, timeless farming village from which there is no escape! But as they employ all of their super abilities to free themselves from this strange purgatory, a mysterious stranger works to bring them back into action for one last adventure!

“Black Hammer continues to be the best new comic series around. Actually, scratch that: it’s the best comic book series around period.”—Nerdist

“Black Hammer is a dynamite-sounding project. Given Lemire’s savvy as a writer and a creator, this sounds right up his wheelhouse.”—Multiversity Comics

“Lemire has done it again, collaborating with some incredibly talented artists in Ormston, Stewart, and Klein to create a powerfully exciting book.”—Comicosity

“A great debut from a creative team that seems to be in lock step about the kind of story they want to tell.”—Newsarama

“If you think there’s no room left in your life for another superhero comic, Black Hammer might just prove you wrong.”—IGN

This is a must-read tale of Golden Age heroes faced with modern-age drama.