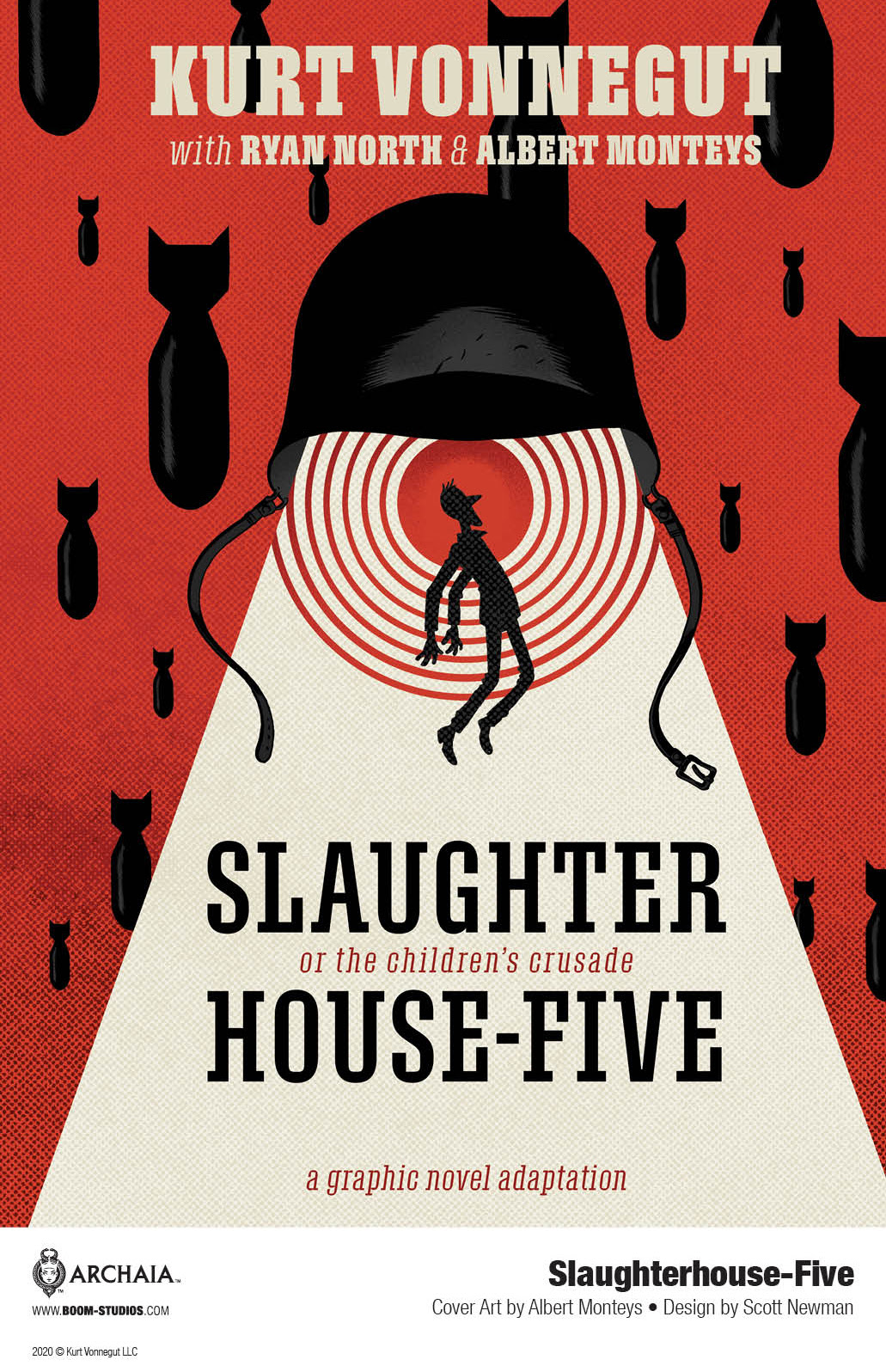 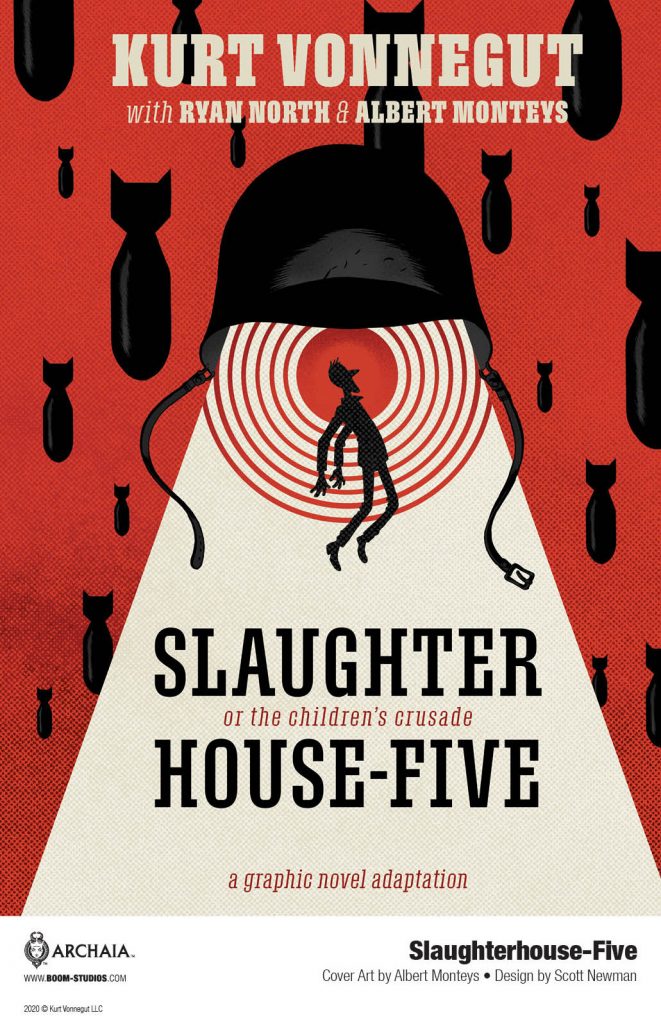 BOOM! Studios today revealed a new cover by Albert Monteys with Scott Newman for the brand new graphic novel, SLAUGHTERHOUSE-FIVE. An American classic and one of the world’s seminal anti-war novels, Kurt Vonnegut’s Slaughterhouse-Five is faithfully presented in graphic novel form for the first time by Eisner Award-winning writer Ryan North (How to Invent Everything: A Survival Guide for the Stranded Time Traveler) and Eisner Award-nominated artist Albert Monteys (Universe!) with color assistance by Ricard Zaplana, available in stores September 2020.

Billy Pilgrim’s journey is at once a farcical look at the horror and tragedy of war where children are placed on the frontlines and die (so it goes), and a moving examination of what it means to be fallibly human.

Kurt Vonnegut’s black humor, satiric voice, and incomparable imagination first captured America’s attention in The Sirens of Titan in 1959, and established him as “a true artist” (The New York Times) with Cat’s Cradle in 1963. He was, as Graham Greene declared, “one of the best living American writers.” Kurt Vonnegut died in 2007.

SLAUGHTERHOUSE-FIVE is the latest release from BOOM! Studios’ award-winning Archaia imprint, home to inspiring graphic novels such as Big Black: Stand at Attica by Frank “Big Black” Smith, Jared Reinmuth, and Ameziane, We Served the People by Emei Burell, The Realist by Asaf Hanuka, Girl on Film by Cecil Castellucci and Vicky Leta, Melissa Duffy, V. Gagnon & Jon Berg, New World by David Jesus Vignolli, About Betty’s Boob by Vero Cazot and Julie Rocheleau, Waves by Ingrid Chabbert and Carole Maurel, The Grand Abyss Hotel by Marcos Prior and David Rubín, and more.

Print copies of SLAUGHTERHOUSE-FIVE will be available for sale on September 9, 2020 at local comic book shops (use comicshoplocator.com to find the nearest one),  September 15, 2020 at bookstores, or at the BOOM! Studios webstore. Digital copies can be purchased from content providers, including comiXology, iBooks, Google Play, and Madefire.

For continuing news on SLAUGHTERHOUSE-FIVE and more from BOOM!, stay tuned to www.boom-studios.com and follow @boomstudios on Twitter.