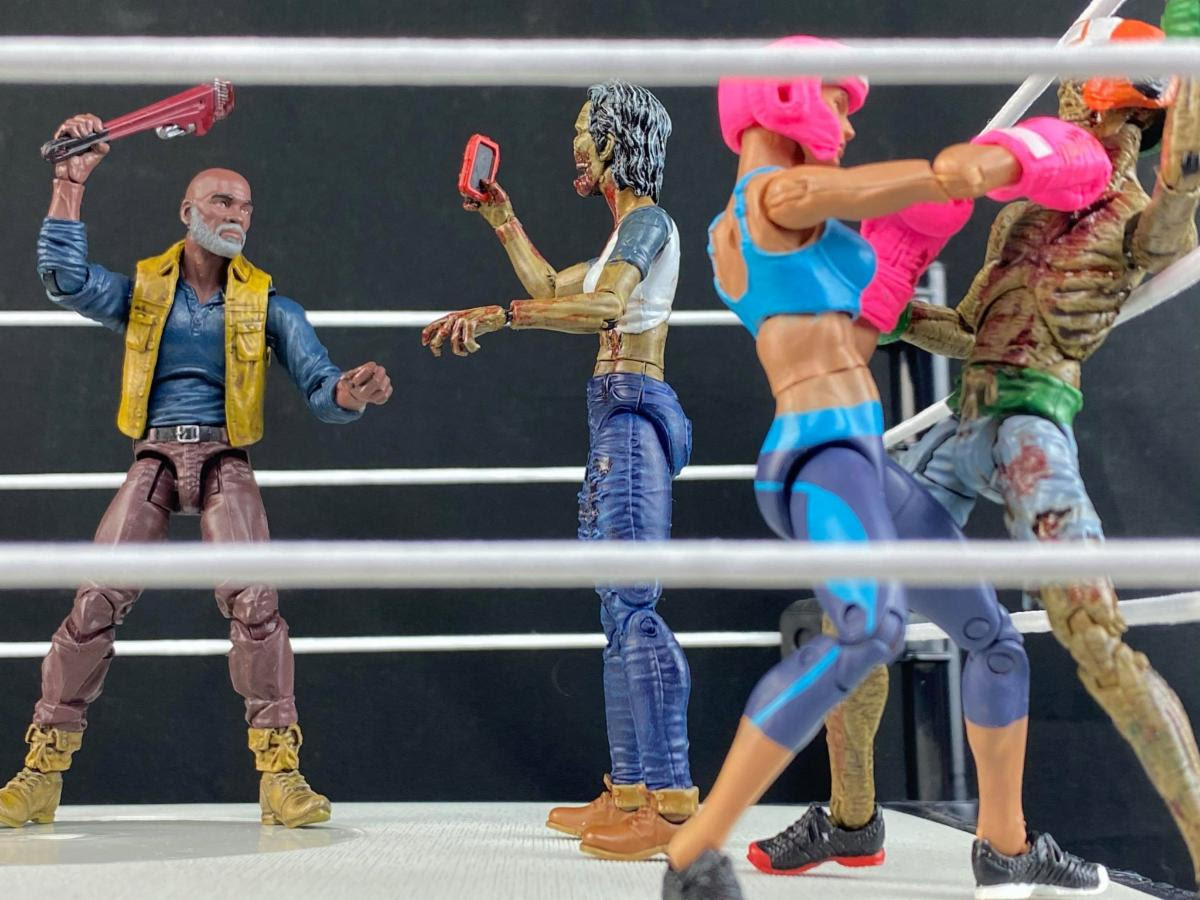 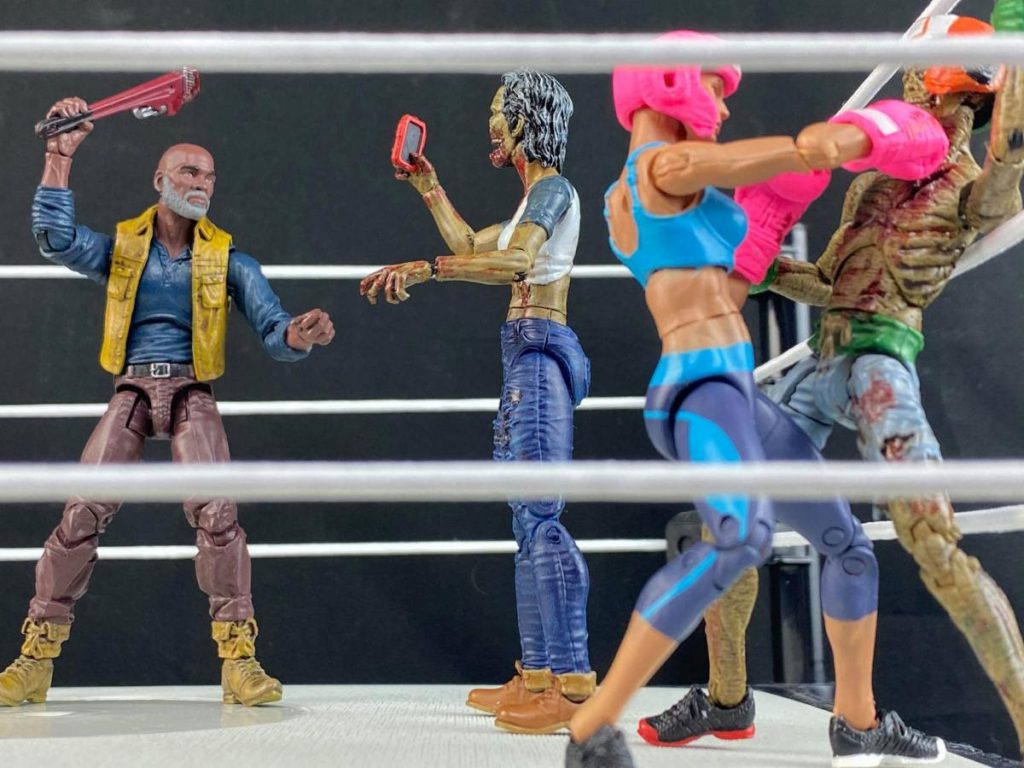 By Staff Reports
Zombies are coming!
While our factory is gearing up for the production run of Series Z Wave 1, we are opening pre-orders today!
Joining our Irradiated Zombie, Brittanee Bytes and Turnbuckle Biter attempt to wreak havoc infecting thousands everywhere they go. Antonia and the Jean Brothers are doing their best to stop them and keep their cities safe. Check out the whole line at bossfightshop.com! (note: new figures won’t be live until 8pm ET).
Antonia the Zombie Puncher – An amateur boxing champion, Antonia got sucked into the zombie battle when several infected members of the audience turned one of her matches into a fight for her life. Beating down cannibalistic terrors with her fists, Antonia led dozens to safety and quickly became a celebrity.
Turnbuckle Biter the Sporting Ghoul – Michael “Swish” Robinson had it all: fame, fortune, fans, and a bourgeoning hip hop career. Bitten early in the crisis, Swish turned full zombie on the night of his fight in Las Vegas, biting fight fans on his way into the ring and turning hundreds.
Jean Brothers, Fortification Specialists – Louis and Miles Jean served with distinction in the Army Corps of Engineers. Returning to their hometown post service, the brothers heeded early warnings of the infection and helped protect the town. Wells were dug, gardens were planted and supplies were purchased. The city was turned into a fortress, its citizens safe and well fed within its walls.
Brittanee Bytes, Brain Eater – Brittanee is one of the world’s top social media influencers. As such she’s used to a certain lifestyle…. going where she wants when she wants. On her all-expenses-paid trip to Hong Kong, her last meal ended in an altercation that would change her forever. Turning hundreds on the flight back to LA, Brittanee causes havoc wherever she goes. 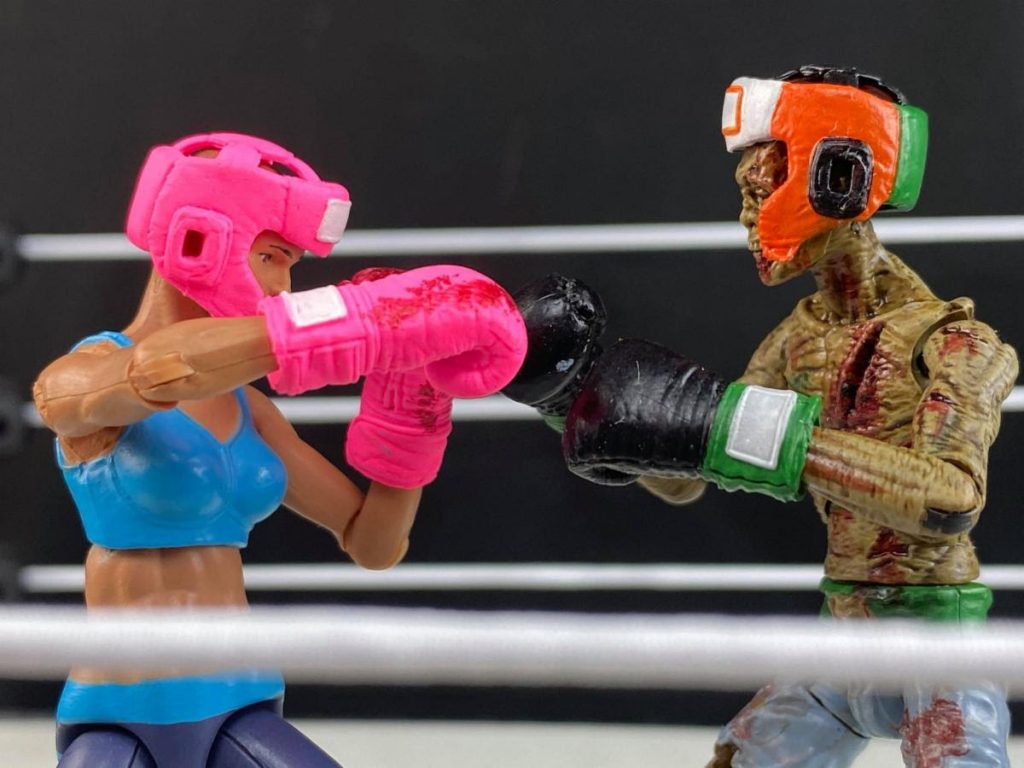