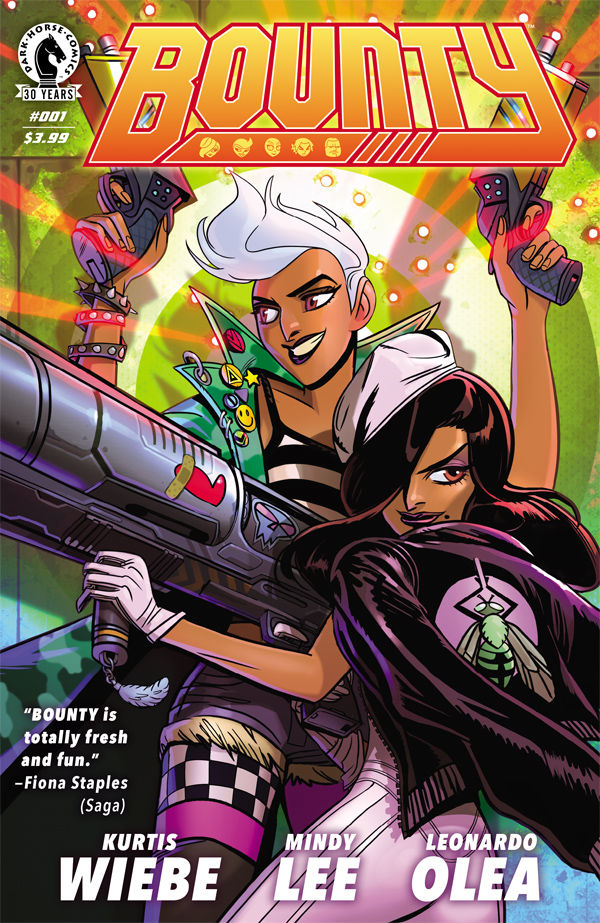 Sisters Nina and Georgie steal money from the most evil corporations in the universe. They dispense that money among themselves and the poor. Like Robin Hood, they find the utmost joy in what they do. Five years later, in 2205, they find themselves the most sought after bounty the universe has even known. With a rag tag crew, they travel across the universe, becoming bounty hunters themselves, and getting into more trouble along the way- this is Bounty.

Bounty is a fun look into the future. The bounty hunters of this future are like our superheroes; they establish a reputation for taking down the bad guys. They are almost god like in the eyes of the children of the galaxy, which is something that made this book that much more interesting. The use of social media and celebrity obsessed culture is also put to good use in this story, and I can see it having major consequences for the future of the sisters and their crew.

There are lots of things to like about this first issue, but I especially liked the dynamic between all of the characters. The situations they are put in are dire, but they all work together so well. They interact like they have known each other forever, and I hope in future issues we find out more about who they are, and possibly what some of their real motives are.