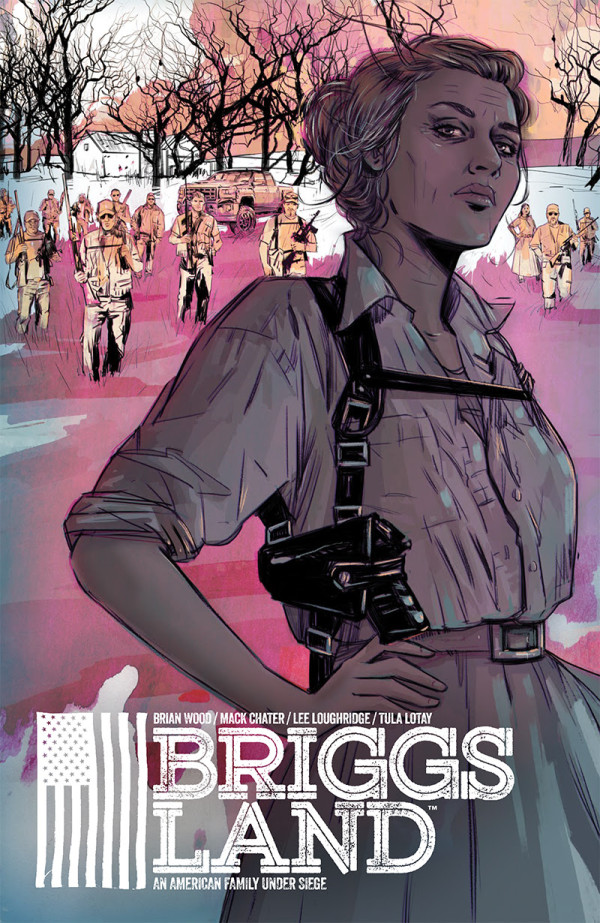 Wood’s Briggs Land is coming to Dark Horse, AMC adaptation in the works

Wood is also developing a television adaptation of the comic for AMC, serving as writer and executive producer, with producing partners John Hodges and Ravi Nandan at A24.

“AMC and I have been looking for the right thing to work on together for years, and it finally came in the form of Briggs Land, a crime drama set within a rural secessionist community. It’s the culmination of everything I’ve done in my twenty years as a comics creator, bringing socially conscious and politically charged themes to the page, putting some of the more unsettling elements of American culture under scrutiny,” noted Brian Wood. “With AMC I have a much larger canvas to work on, and the ability to design the overall story so the TV show and the comic add to each other.”

A24’s John Hodges and Ravi Nandan added, “We have been avid readers and rabid fans of Brian’s work for some time, and we are thrilled to collaborate with him on translating this exciting new property to the screen for AMC, which continues to define itself by championing bold and unique voices.”

The series tells the story of Briggs Land, nearly a hundred square miles of rural wilderness that harbors the largest and most secretive antigovernment secessionist movement in the United States. When matriarch Grace Briggs wrests control of the operation from her incarcerated husband, she sparks a war within the community—and her immediate family—that threatens to bring the full power of the federal government down on their heads.

Briggs Land #1 is in stores August 17, 2016. Preorder your copy today at your local comic shop!

Praise for other works by Brian Wood:

“One of the best character writers in the industry.”—IGN

“[Northlanders is] another creative victory for writer Wood, who’s quickly emerging as one [of] the medium’s premier scribes.”—Entertainment Weekly