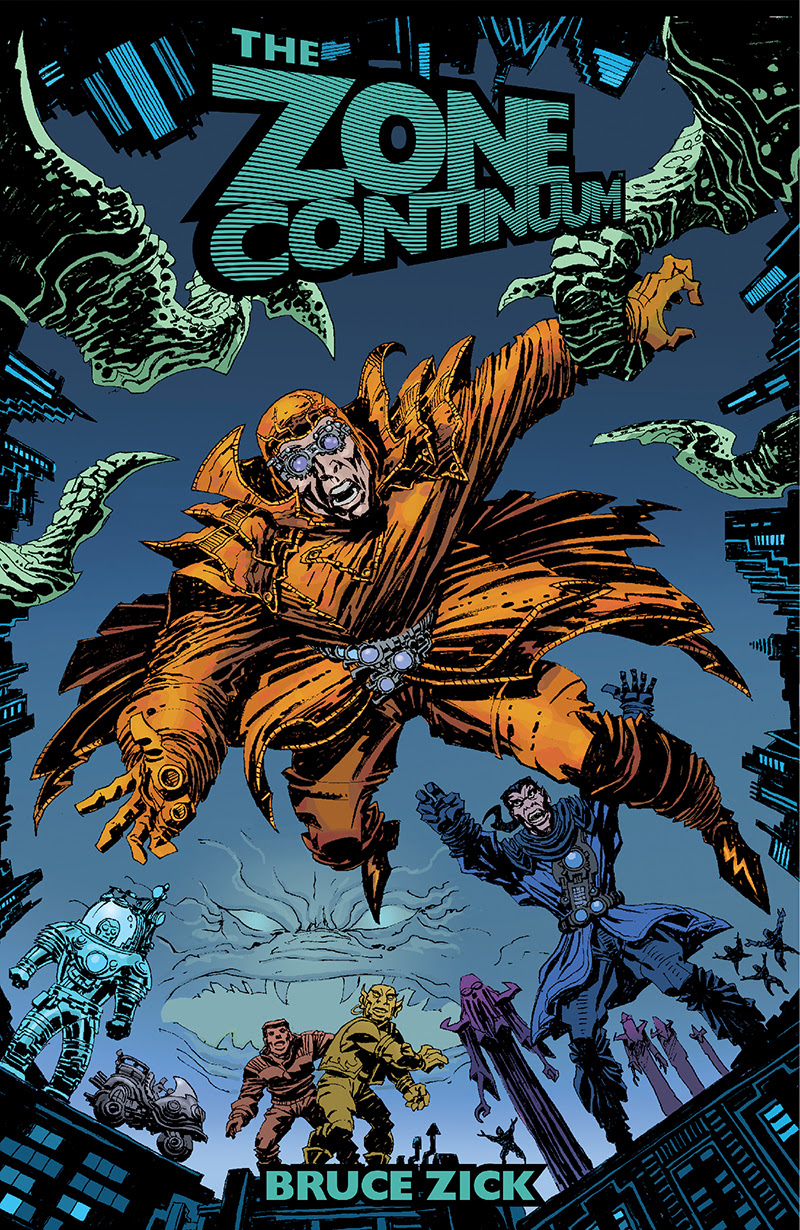 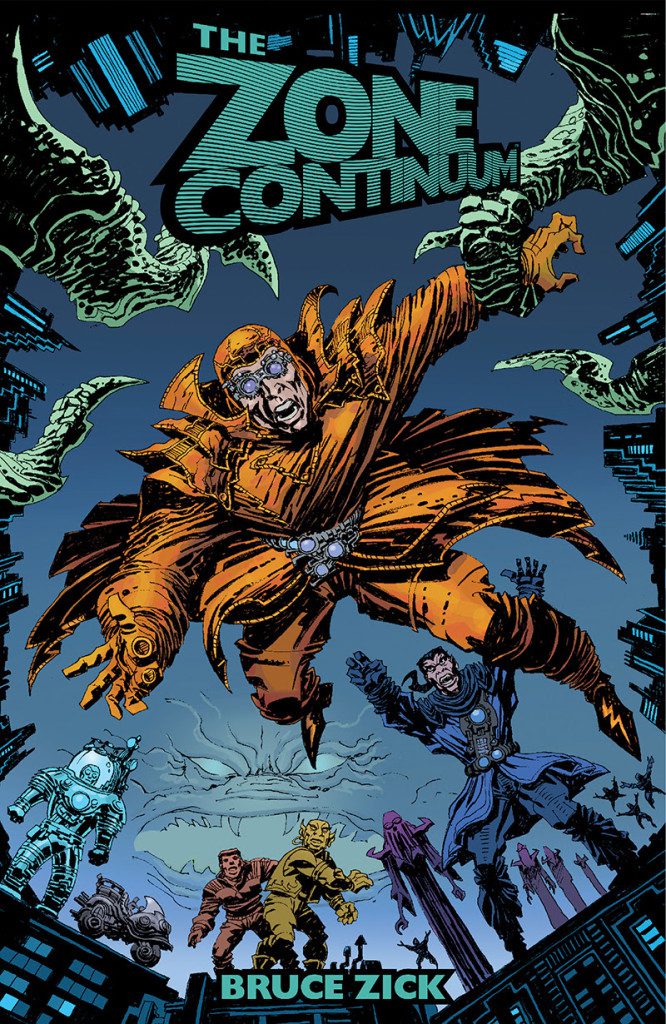 The Zone Continuum was first printed in 1992 by Caliber Comics and then rebooted in 2006 as a web series of over one hundred episodes for Komikwerks. Now, Bruce Zick and Dark Horse Comics will deliver all-new stories and expand on the mythos in The Zone Continuum Volume 1.

“It took me over twenty years, but I’m back in the Zone, thanks to Dark Horse Comics. Everyone from Mike Richardson to my editor Ian Tucker and the art department has been wonderful in helping to create a graphic novel that not only has a four-chapter, epic story, but a Zone glossary and a Zone sketchbook as well,” said Bruce Zick.

High atop the New York City skyline, an invisible war has raged for generations. As two nigh-immortal champions brawl for dominance of the ever-shrinking extradimensional Zone 27, the populace below remain oblivious of the cataclysm that could cause their annihilation from the rooftops above!

“The urgency of the concepts is still valid today—even more so, as you will see—and the old readers as well as new ones will be excited to see where the stories are going,” added Zick. “I’ve added a much richer, deeper mythology of ideas and characters, with clearer and more immediate plots and crises, more humor, and more pathos. At least I think I have. You tell me. I’ll be in the Zone, waiting for you to join me.”

The Zone Continuum is in stores February 24, 2016. Preorder your copy today at your local comic shop or through these fine retailers:

“Zick’s art is a big draw for the series. The artist provides some psychedelic art with a small dash of Kirby and Mike Mignola’s Hellboy.”—Comic Book Therapy