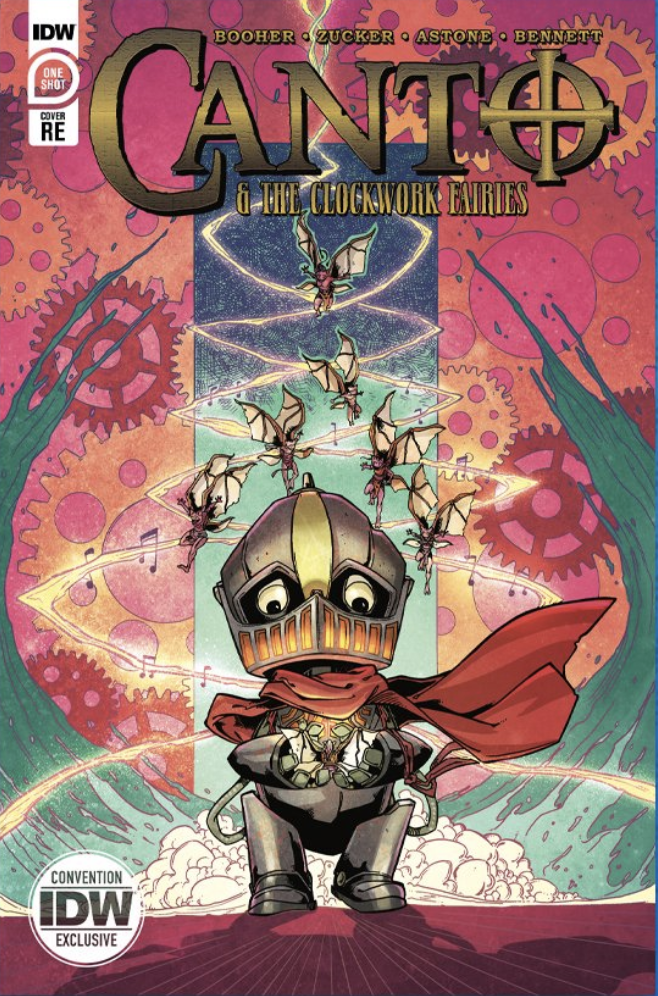 As great and valiant as there ever was, Canto on his one-shot quest, Canto & the Clockwork Fairies, has sold out the first run! The delightful tale written by David M. Booher and drawn by Drew Zucker, not only gets a second printing, but our hero Canto has also found a way to San Diego Comic-Con International’s Comic-Con @ Home with an exclusive variant cover by Drew Zucker and Vittorio Astone!

Return to Canto’s world and follow the brave clockwork hero as he leads his people out from their home in Arcana to find somewhere—and something—new!  When Canto encounters a group of captured fairies, it’s up to him to liberate them, but can he do it without being captured himself?

“Despite the uncertainty surrounding the pandemic, Drew and I pushed forward with our clockwork knight in the hopes we’d be able to keep telling his story,” said David Booher. “We couldn’t have imagined that 2020—with all its challenges—would see the release of Canto & the Clockwork Fairies and the sequel to his saga in Canto II: The Hollow Men. The response from shops and readers has been overwhelming. Thank you to everyone for continuing with us on Canto’s journey.” 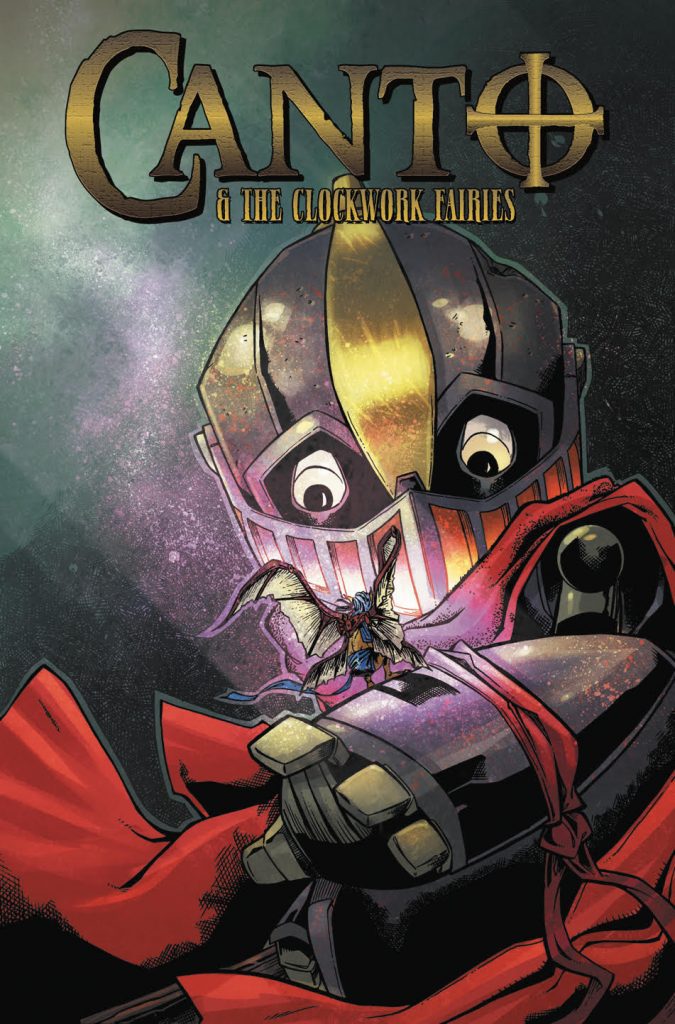 “This year has obviously been a challenging year not just for comics, but for everyone,” said Drew Zucker. “Despite everything though, Canto has continued to be a source of support for David and I, and we felt strongly that this was the type of storytelling we wanted to put out into the world. With Canto & the Clockwork Fairies  approaching its release and Canto II: The Hollow Men not far behind, we have been overwhelmed by the fans and retailer support.  There are no words for what this has done for the both of us and we could not be more excited to not only set Canto off on his next adventure, but for everyone to take it with him.”