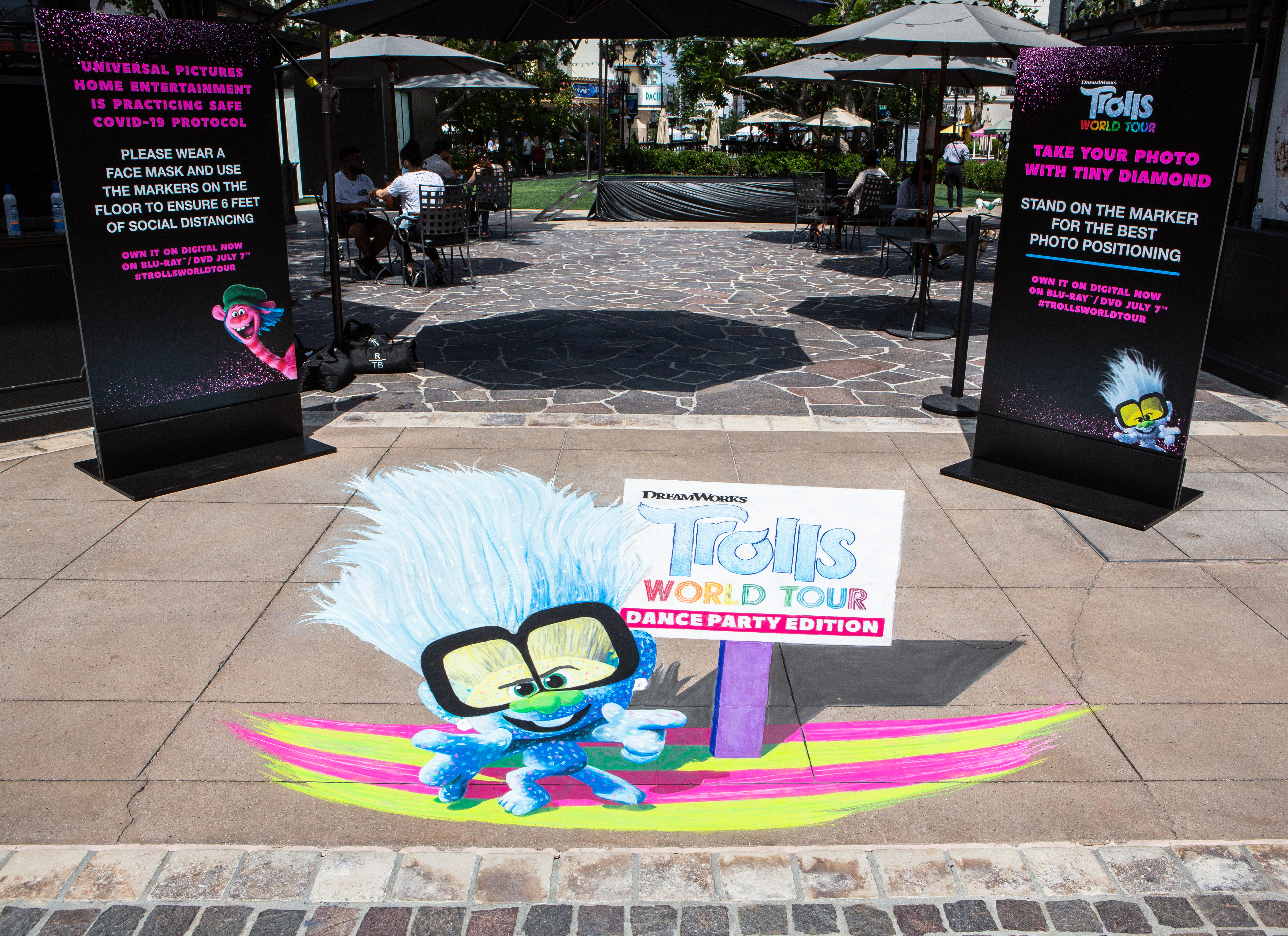 In celebration of TROLLS WORLD TOUR, breakout star “Tiny Diamond” visited The Grove in Los Angeles over the weekend in a unique, social distancing-compliant way!* Designer and illustrator Keith Kaminski created a 15 foot, 3D chalk illustration of the delightful character and debuted the installation at the center of The Grove.  The fun and interactive photo opp was a hit for both kids and parents alike!

*All guests were required to wear masks and maintain their social distance.

TROLLS WORLD TOUR is currently available on Digital and arrives on 4K, Blu-ray and DVD on July 7!

Queen Poppy (Anna Kendrick), Branch (Justin Timberlake), and the rest of your favorite Trolls are back for another musical adventure that’s bigger—and louder—than ever before! In TROLLS WORLD TOUR, Poppy and Branch discover that their kingdom is only one of six musical realms—Funk, Country, Techno, Classical, Pop, and Rock—that were once united in perfect harmony. When the power-hungry ruler of the Rocker Trolls threatens to silence all other music so her tribe can reign supreme, Poppy and Branch must embark on an epic quest to unite the realms of Trollskind, before the songs in their hearts are lost forever!