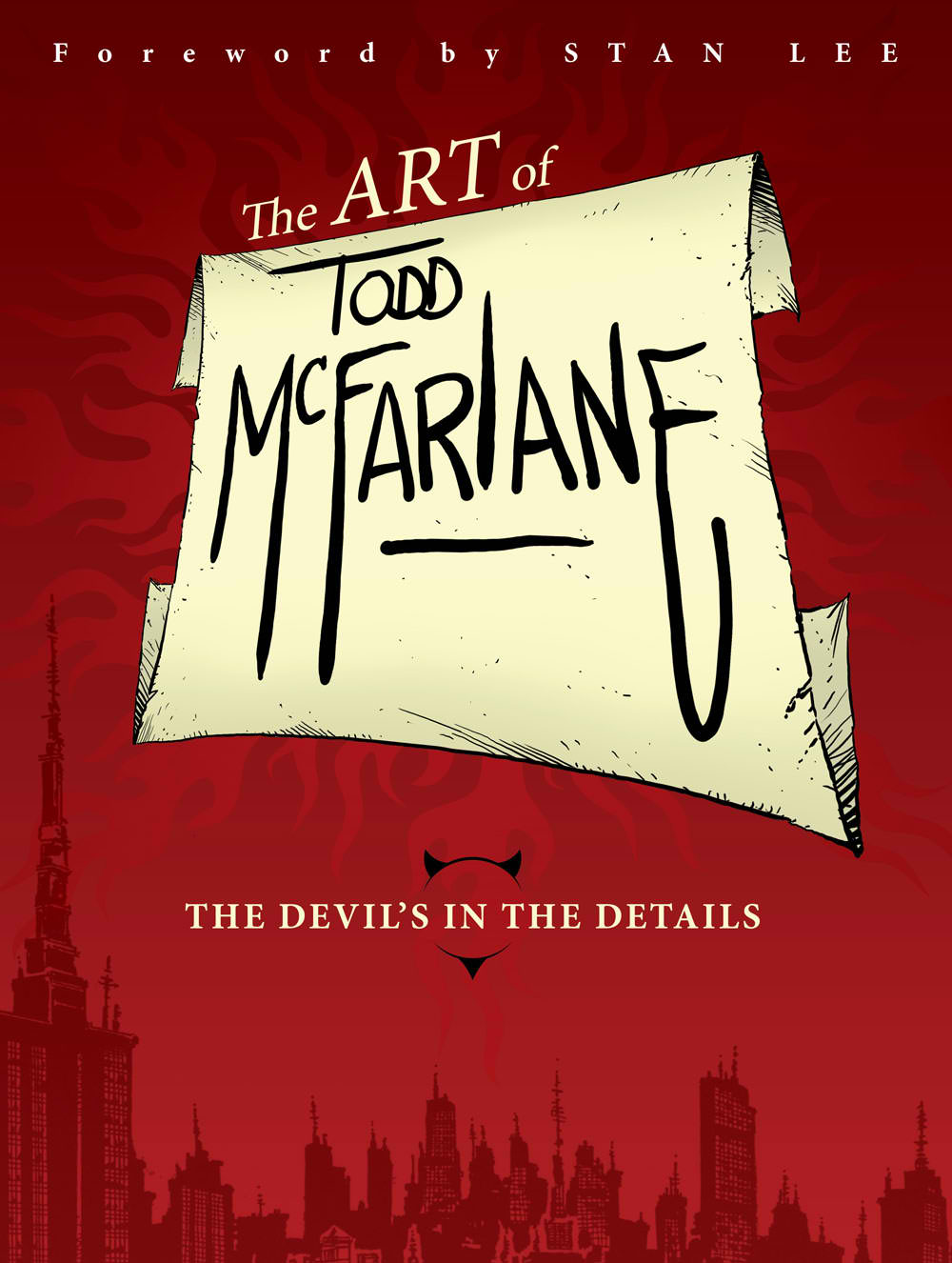 Todd McFarlane is an icon in the comic industry. From his groundbreaking work at Marvel Comics, which included the first appearance of the memorable Spider-Man villain, Venom, to his creator owned work as one of the founders of Image Comics, McFarlane is a visionary in the world of sequential art. Yet, it didn’t stop there, as McFarlane has went on to found McFarlane Toys, which produces figures based on the NFL, NBA, MLB and more, and has worked with various musical acts on cover art and video concepts. Image Comics has rolled out The Art of Todd McFarlane, which showcases McFarlane’s artwork, from the very beginning to the here and now.

Even though this is produced through Image Comics, the art encompasses Marvel Comics, DC Comics, even Epic Comics and more. The book has a very slick look to it all, making it the perfect way to showcase McFarlane’s timeline of art. This book shows it all: from his early works as a youth just dreaming of becoming an artist, we see the evolution of a man who would become a staple in the industry. You might be surprised on some of the work this man has done during his time in the industry.

This is an amazing insight into McFarlane’s creative mind, much more than your average art book. Being a huge fan of McFarlane’s, I thought I knew all the books he had been a part of: man, was I wrong. McFarlane not only worked at Marvel, but did quite a few books over at DC Comics as well. We see all his works, which shows his growth as an artist throughout the years. We even see a rare glimpse at the bad side of being an artist: the denial letters. I would have never imagined that someone of McFarlane’s talent would ever be turned down, but he shows the actual envelopes and letters of just a few of his rejection letters.

Besides comic books, we see his work on the album covers for Disturbed and Korn, as well as a look into the toy empire he built off of his success. With a foreword by the legend of the comic industry, Stan Lee, this is something special indeed. I cannot recommend this book enough as it shines as an example of what an art book should be like. McFarlane trail blazed a path through the comic industry, one that opened the door to so many of the talent we see these days. This book is an amazing representation of the body of work McFarlane has amassed throughout the years, and will leave any comic fan in awe.  Highly Recommended, I give The Art of Todd McFarlane a perfect @@@@@ out of 5.

1 thought on “Chopping Block Review: The Art of Todd McFarlane”