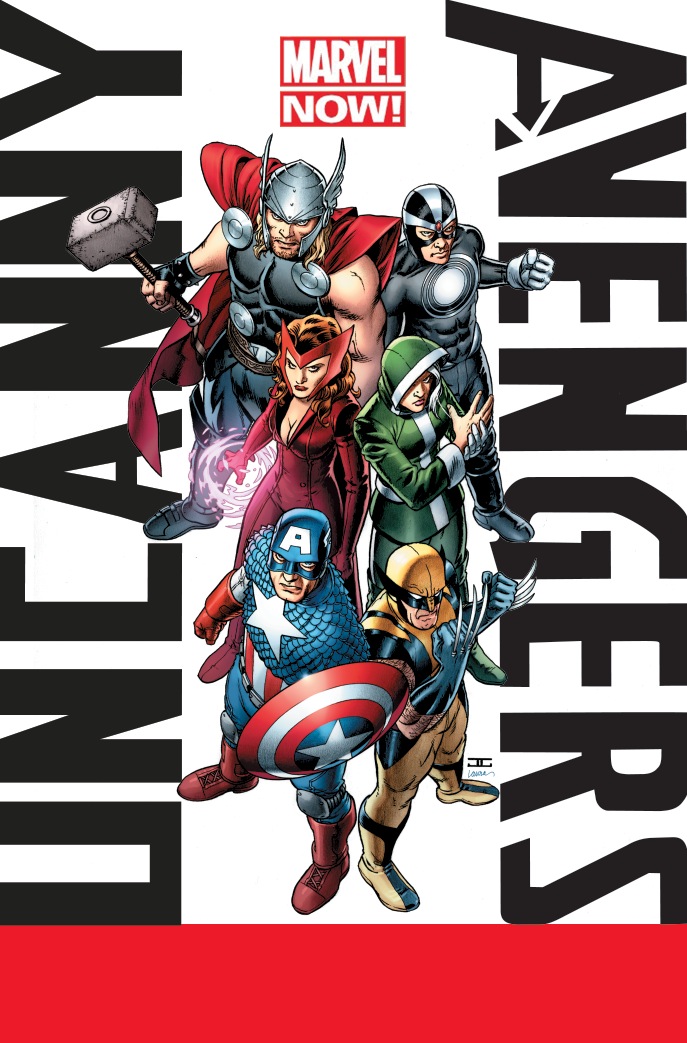 Now that Avengers Vs X-Men is in the record books, Marvel Now is here. The first series to come out the gate is the Uncanny Avengers, a book that boasts a half X-Men/ half Avengers roster. Now, the idea is kind of out there, but seeing one name as the writer put my fears at ease: Rick Remender. Along with Astonishing X-Men superstar John Cassaday, this book had a lot going for it on names alone. But did the initial Marvel Now release impress, or is it just another X-Men/Avenger book?

This title takes place directly after Avengers Vs X-Men, with a team just beginning to be brought together. Havok, brother to the now infamous Scott Summers, aka Cyclops, takes center stage here as he visits his brother about all the events that have happened. It’s a surreal moment, one that I never thought we would see, but it was very powerful moment. Captain America sees his neglect of helping mutants, which prompts this team to be formed. The team, which will consist of Cap, Thor, Scarlet Witch, Rogue, Havok and Wolverine, isn’t formed yet but the seeds are planted.

By the end of the book, we know who the first villain will be, and it’s a heavy hitter. Especially what he has done, it sends villainy to a whole new level. Remender doesn’t disappoint, as he writes a strong start to what is bound to be a stand out of the entire Marvel Now stable. Cassaday shines as always, providing some amazing visuals and exciting fight sequences that seem to leap off the page. Yet, with all that is great with the book, it is a little slow in its establishment, which prompts to me grade it a tad below perfect. Highly recommended, I give Uncanny Avengers #1 a @@@@ out of @@@@@.