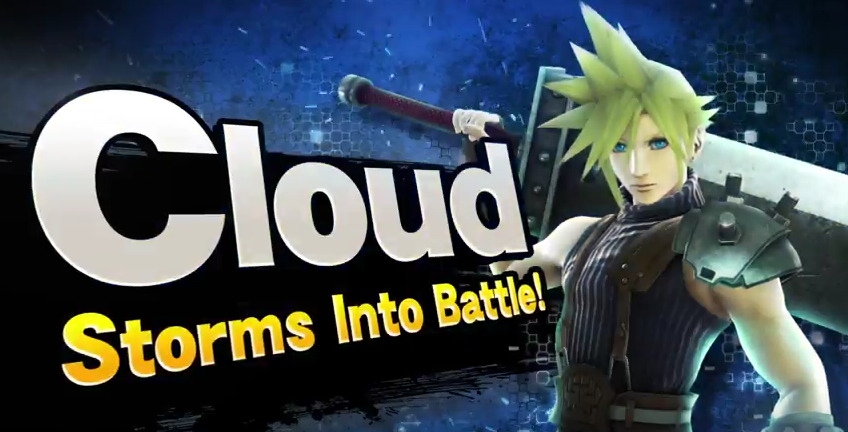 For months, fans of Nintendo’s trademark brawler have been waiting to see who would be the next fighter to enter the ring in Super Smash Bros. I don’t think many saw this coming, as Final Fantasy VII’s Cloud will be the next fighter in the game, for both the Wii U and 3DS platforms.

Check out the trailer below to see how Cloud fits in with the rest of the roster.

This is HUGE! To see such an iconic character as Cloud make his way into a Nintendo fighting game, that’s something people have only dreamed of! No word yet on when he will be released.