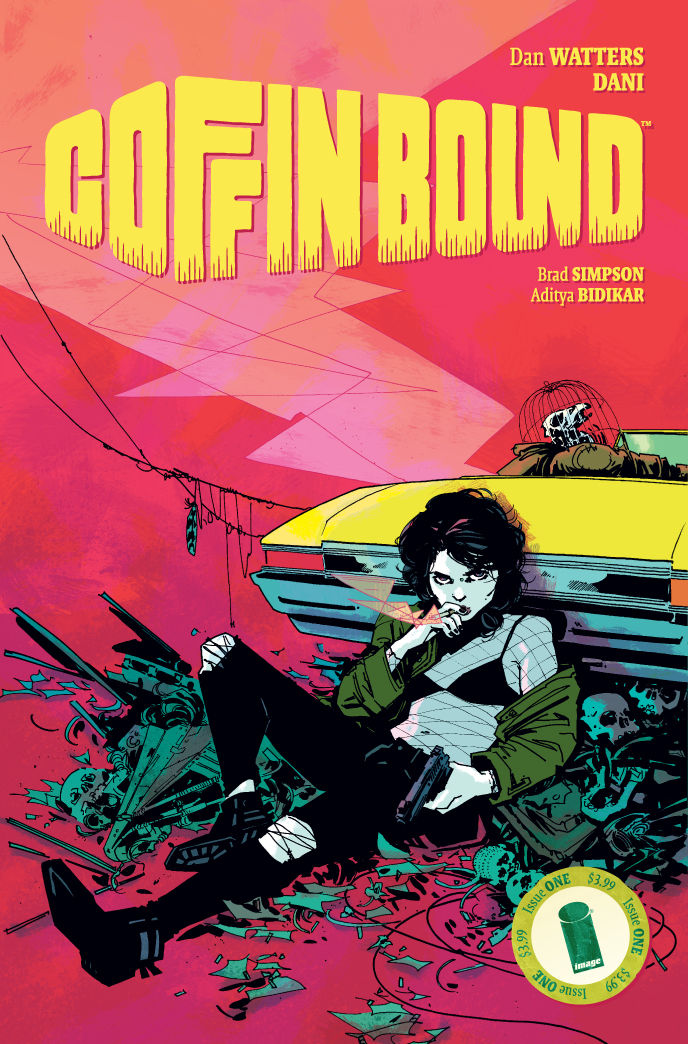 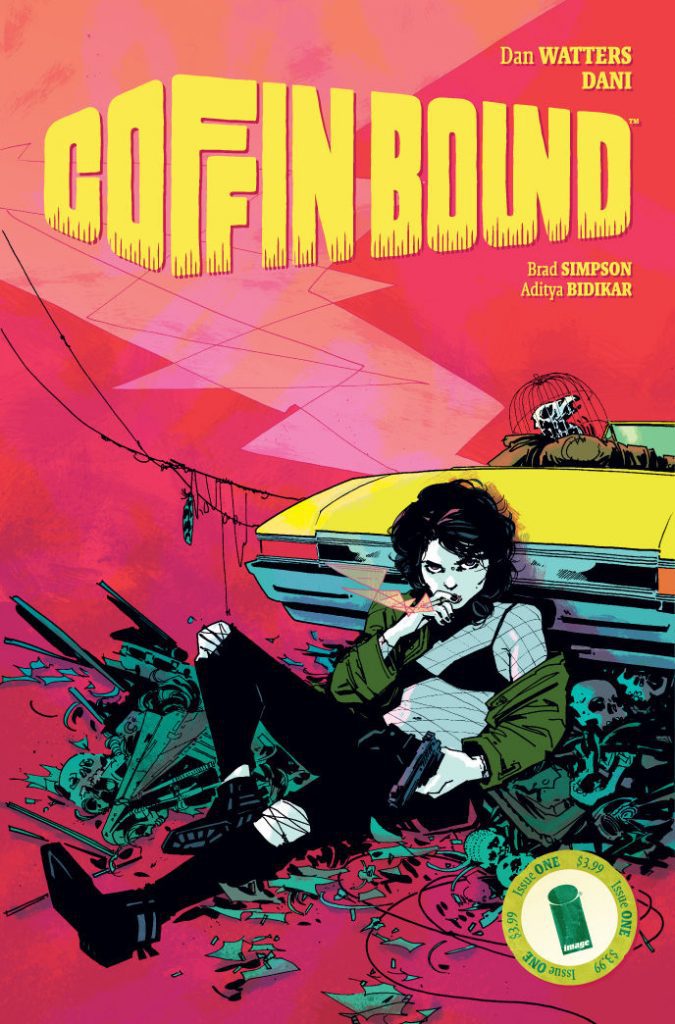 When Izzy finds out that she is being hunted by the EarthEater, an unstoppable killer, she goes on the run. Determined not to let the world have the satisfaction of getting all of her, she goes on a mission to destroy any evidence of her existence. Anyone or anything that gets in her way better watch out, because she no longer has a reason to play nice.

In this first issue, we get a nice little set up to the world that Izzy and the cast inhabit. It’s a post-apocalyptic setting, which works for this pulpy, noir-like story. Izzy finds out that the EarthEater is out to get her, so begins her mission. Remembering what she learned from a homeless man (once you burn the pictures, the memories disappear), she realizes this is the only thing she can do. One of the first destinations on her journey is to find the prophet Cassandra, someone who she has a history with.

Meanwhile, the owner of a questionable strip club, Paulie, finds out that one of his favorite people, Izzy, is being hunted. Not willing to let this happen, he steps in and tries to convince the monster to stop. Just like in real life, things don’t go as planned, and the story takes off from there.

This is an excellent introduction to a unique cast of characters. Izzy herself is a no-nonsense woman, one who anybody would be a fool to mess with. A vulture skulled, man-like creature is on the journey with Izzy, helping her along the way. The EarthEater is a masked terror, one whose presence is scary and inherently evil. Add to that a poetry spewing club owner and the prophet Cassandra, and you have a colorful group of people.

Written by Dan Watters (Lucifer, LIMBO) with art by Dani (Girl with No Name) and colors by Brad Simpson (Jesusfreak), Coffin Bound is a blood-soaked adventure through an apocalyptic landscape. The world has its own interesting set of rules and logic. The dialogue is a bit different, with a unique style that is a little bit off-putting at first, but it quickly sinks in. The artwork and character designs are beautifully rendered, with fantastic colors and excellent shadow work. All of it together bring this incredible story to life.

Coffin Bound has a dream-like quality to it, a crazy drug-induced dream, but still a lot of twisted fun. It’s a cool story with a compelling protagonist and a terrifying antagonist. It’s a world where anything can, and probably will happen. The world may seem familiar, but this story is not. It’s a refreshing new twist on the genre, and it’s one that I’m along on the ride for.