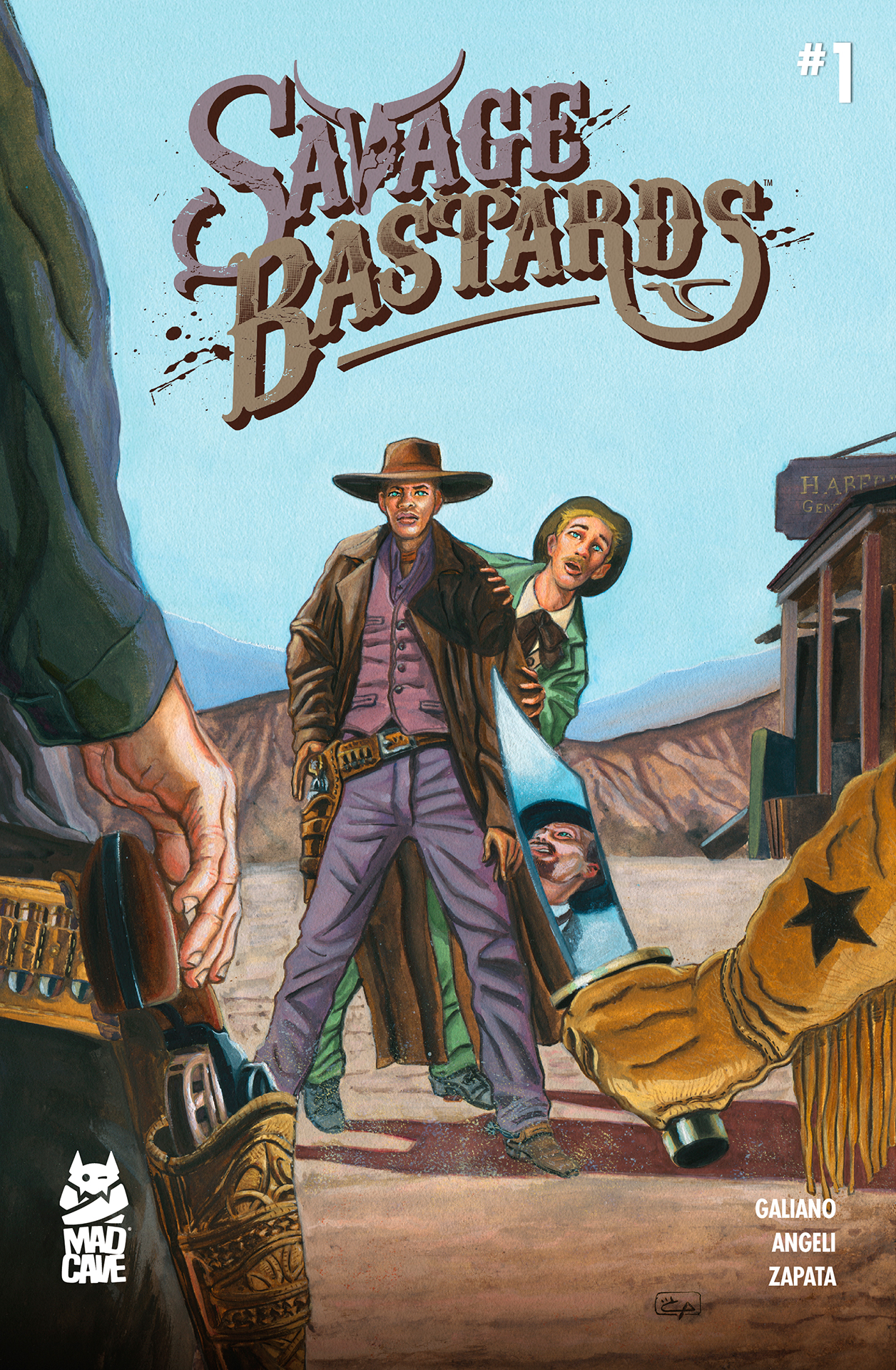 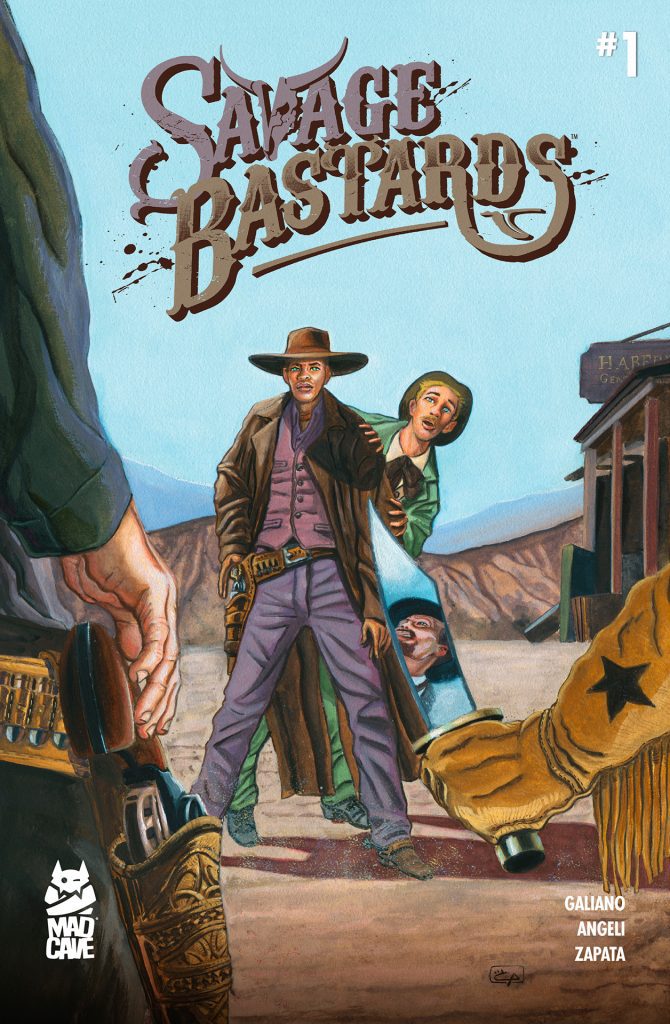 Stories that revolve around the wild west are timeless tales of revenge and betrayal, filled with exciting and uniquely driven characters. At first glance, you would assume that the new series from Mad Cave Studios, Savage Bastards, is exactly that. And while it feels like a classic western, I was pleasantly surprised to find that there is a lot more to the story than meets the eye.

Set in 1873 in an alternative version of the wild west, Sam and Elliot are newly reunited half-brothers. Not long after meeting for the first time, Sam tells Elliot a story about Darragh MacDougal, their sociopathic father. A power-hungry immortal from Scotland, MacDougal traveled to the new world to create new opportunities for himself and built The Tower of Eternity. The Savage Bastards are his children, and they are charged with keeping the U.S. away from his territory in Arizona, which consists of a group of satellite towns circling the Tower of Eternity.

Now, the Bastards are coming for Elliot, and searching for Sam. MacDougal will stop at nothing to make sure his reign of power remains unchallenged, and he will finish off any loose ends, including his sons that got away. The two brothers must learn to work together to stay alive and get inside The Tower of Eternity to save Elliot’s mom, who may still be alive.

Savage Bastards is a wonderful new story in the western genre while adding something a bit different. Like Stephen King did with the Dark Tower series, writer David Galiano has created a story that is unique, but also feels familiar. It doesn’t spend much time world-building or explaining things, which is where the wild west setting is beneficial. It gets right into the action. As the story progresses, you soon realize it’s not just about cowboys; there is a fantasy angle to it as well. The first issue doesn’t lean too much into the fantasy elements, but it does give a glimpse of the possibilities.

The story itself is well written, and the dialogue is sharp. Sam and Elliot make an interesting and unconventional duo. Sam wants revenge for the murder of his mother, and pulls Elliot into it as well, by using his mom as leverage. But Sam also knows the Bastards are coming for his brother and wants to protect him. It creates a fresh dynamic, and I’m excited to see how it plays out in future issues.

Visually, the world that Galiano and artist Carlos Angeli have introduced us to is fleshed out and has an exciting look. The panels are full of color underlined with a sense of lawlessness, just like the old west should be presented. It’s not an ultra-realistic world like we have seen in movies, tv, and video games, but it’s something that exists entirely on its own, and it works so well.

Savage Bastards #1 is a good time. While the basic premise may not be breaking new ground, the book is certainly not what I was expecting it to be. With great characters, a fun dynamic at its core, and an intriguing story, this is going to be a series to keep an eye out for.