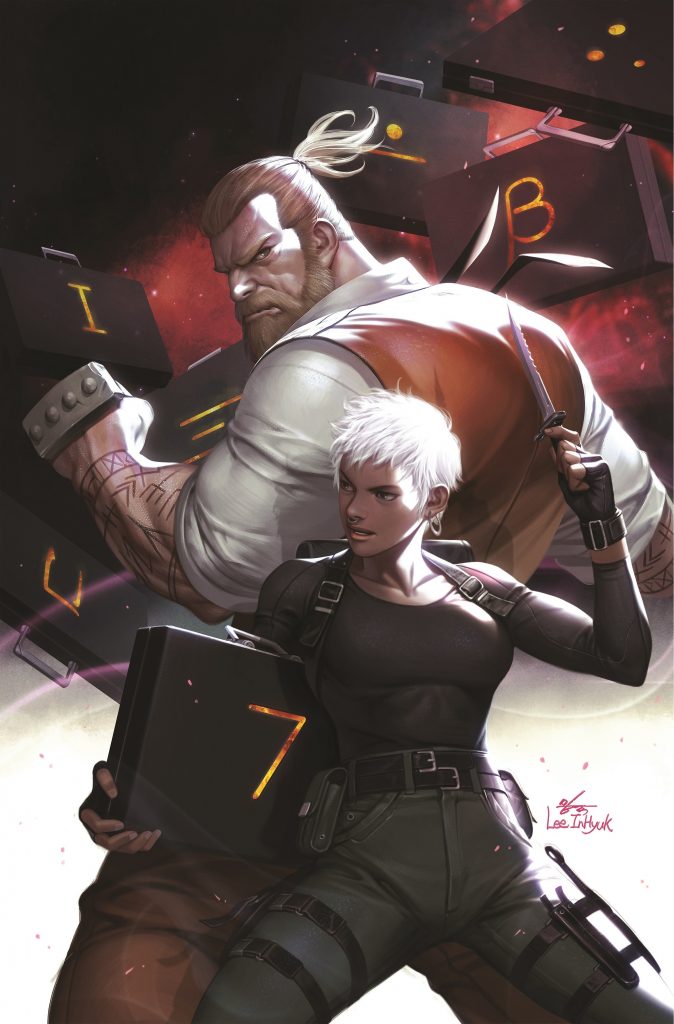 Boom! Studios brings the world a brand new series with Seven Secrets. The hotly anticipated series follows a clandestine order intrusted with guarding seven secrets in seven briefcases. But when evil strikes and hunts down these secrets, it leaves the world in peril.

From author Tom Taylor (DCeased), artist Daniele Di Nicuolo (Mighty Morphin Power Rangers), colorist Walter Baiamonte, and letterer Ed Dukeshire, we jump right into the action, or the aftermath of it. Someone is after the secrets, and we see two of the protectors of the cases fleeing from an all-out assault. Eva and Sigurd, two guardians who had relations that created the narrator, the child of two protectors. One raised by the order to uphold the Seven Secrets- Caspar. We don’t see the narrator, but we see his birth, and the anguish from his parents when he was taken away by the order. Secrets can destroy the world- so who is this person that wants them so bad? This Amon, who strikes with no mercy and knows of The Order? By the end, one of the protectors meets a bloody end, with no closure in sight.

This is another excellent, original series from BOOM! Studios. Taylor crafts a story of intrigue and danger, steeped in its own mythology. We get to meet Eva and Sigurd and see the impossible choice they had to make to better the mission. Di Nicuolo and the rest of the art team craft a fast-paced, anime-like action-packed debut. The character designs are amazing, and the emotions captured in the facial expressions don’t even need captions to explain.

Seven Secrets released with a ton of hype behind it, and it is absolutely warranted. I loved the debut issue; I just wish I could read the next issue now instead of later. A new take on historical secret orders and the pain secrets can take on us all; make sure to pick this one up.