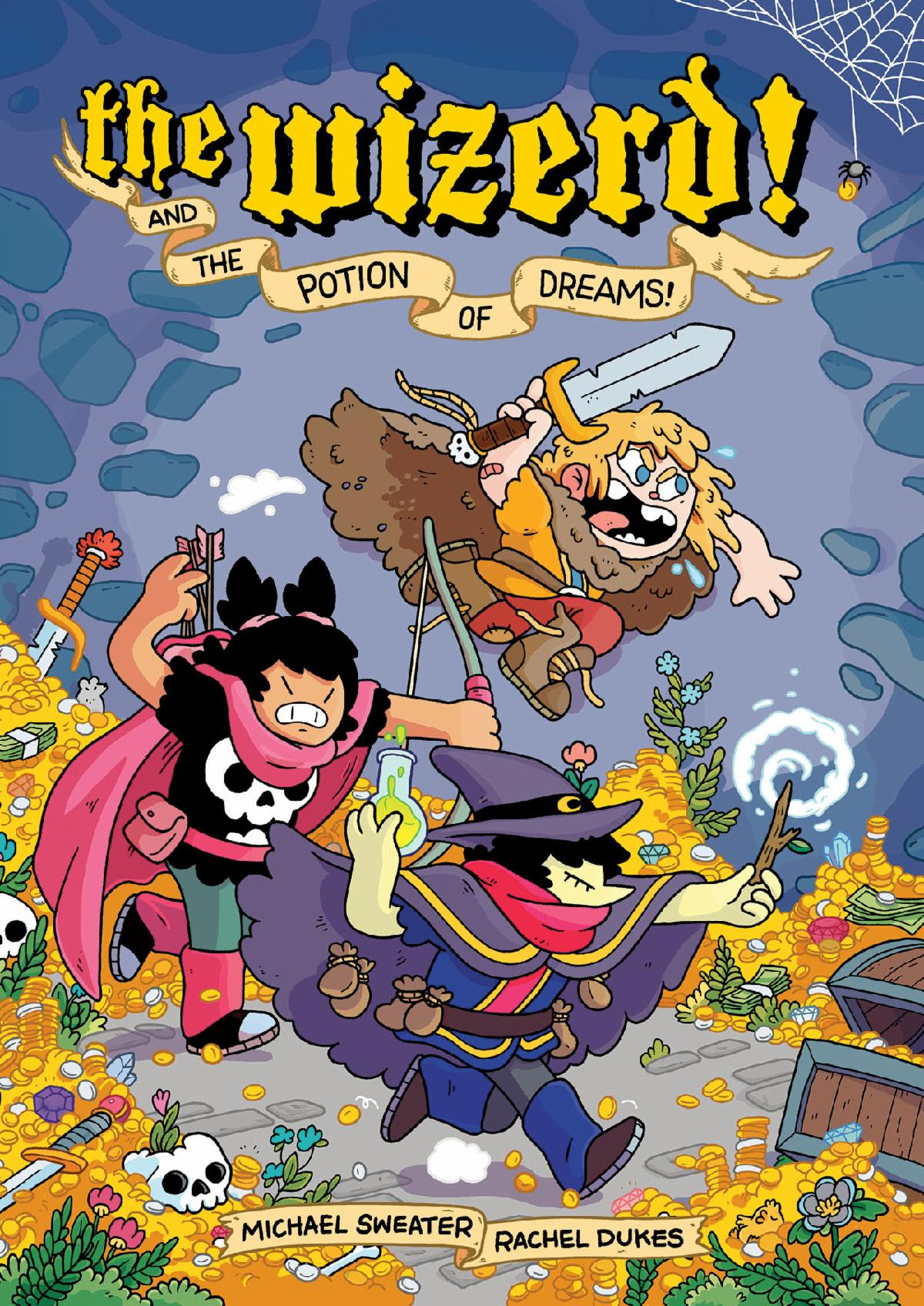 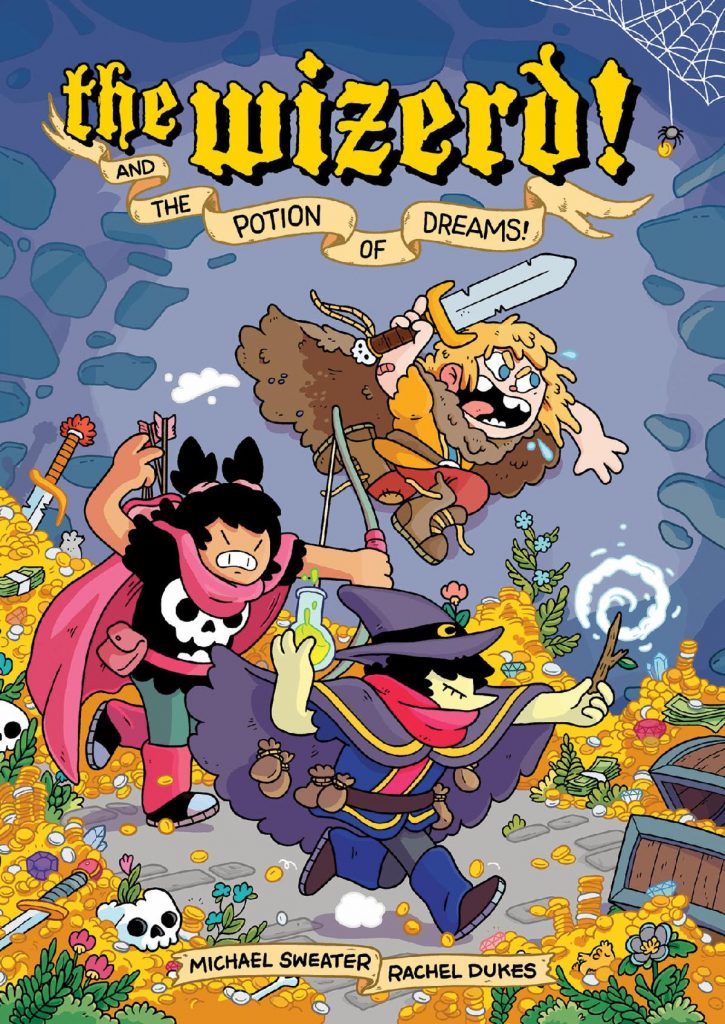 After only seeing the cover for The Wizerd from Oni Press, my first thoughts were that this is going to be a fun little adventure and a nice break from the seriousness that seems to always dominate our stories these days. From Michael Sweater and Rachel Dukes, and designed by Chad W. Beckerman, let’s dive into this book!

We start out watching a wizardly looking fellow, who we later learn is known as The Wizerd, as he walks through his castle speaking about the past and how there are no more adventures anymore, and everything has already been done. It is then while tending to the garden when a fighter surprises him, and the adventure hook is dangled in front of our hero.

I like how simple and cartoonish the comic book is. It reminds me of childhood cartoons like Adventure Time and Courage the Cowardly Dog Show, even Codename Kids Next Door. They are even able to make everything fairly detailed for how simplistic the design. I love it when the artist can mix detail with simple. They also keep a fairly nice flow throughout the book without distracting you with unnecessary panels or fancy transitions. This is very much a graphic novel designed for kids, and it seems like they were able to show more serious themes in ways that aren’t super dark and are still able to be conveyed to children in a clear manner. It’s evident who the protagonists and antagonists are in the story.

The story itself is relatively simple. One person has a quest to find a person who can give them a McGuffin. The adventurer meets the McGuffin giver only to learn of a complication that is then a step in the direction of the McGuffin. Along the way to find McGuffin, the hero’s must deal with the consequences of their actions, both those they can and cannot control. The story continues with more and more complications getting in the way, and in the end, it doesn’t even matter…er I mean in the end they are on their way to more adventures.

Everything that makes this simple fetch quest complex are the complications that arise as a result of the protagonist’s choices. Had the protagonists chosen different paths throughout the story, the ending would be completely different. The whole time I read this, I felt like someone had played a tabletop role-playing game with children and wrote down the story they played out.

While the simplistic nature of the comic is great for quickly creating a comic book and will be just fine for children. As an adult, I would have preferred if the humanoid characters looked more human, and the monster characters looked more like their traditional counterparts. Had the story not explained to me outright that the goblins were goblins, I would have assumed they were some monster the creators made up. The simple nature of the book also made it hard to tell if someone was a he, her, or something else unless specified by the characters themselves. This was a little confusing for me until I learned their names. The bad guys also seemed more like school bullies rather than hired thugs. While they were mean, I did not feel as though they posed too much of a threat to an intelligent foe. The main characters also were not super interesting, either. I found two of them to be distractions and annoyances, and I even would agree with one of them when they asked the other two to stop talking repeatedly.

Overall, this is not bad. I’ve read worse stories, but I’ve also read better. The story wasn’t particularly interesting, ⅔ of the party were childlike, and the bad guys were standard children story bad guys. Some parts got me to chuckle and others that felt like they could have been taken out. I would recommend this to any child that is new to the fantasy genre or anyone brand new to Tabletop Role-Playing games or fantasy in general. This feels like a good example of what a railroaded game would look like and could give someone who doesn’t know anything about them a rough idea of the general play of a tabletop role-playing game. If you are someone who has experience with TTRPGs or are well versed in fantasy culture, you may want to pass this one up.

Jeremiah Gagnon is a happy-go-lucky goofball of a guy with a passion for all things Superheroes and Comic Books. He is also a Dungeon Master for an on-going Dungeons and Dragons game. Gagnon is an amateur Magician as well. He currently lives in Vancouver, WA. You can follow him on Facebook, YouTube at PressXForAwesome, Instagram @unicyclezombie, and Soundcloud.