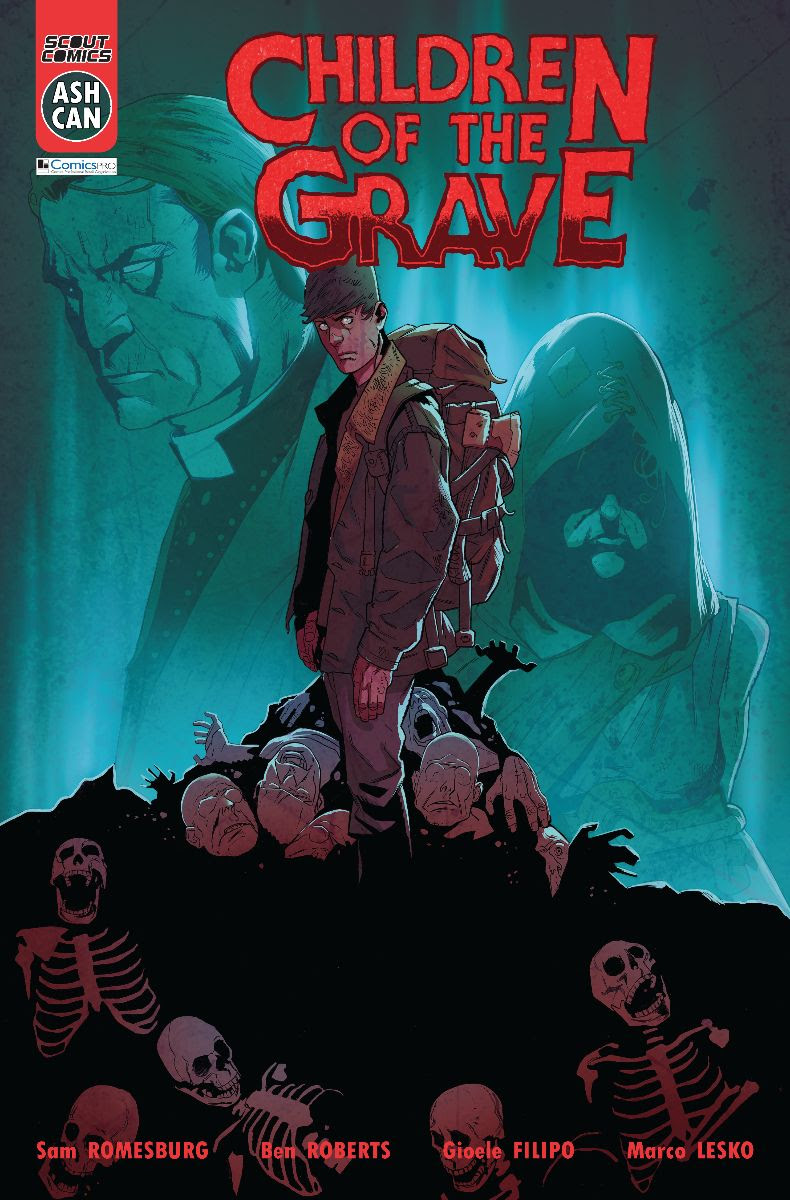 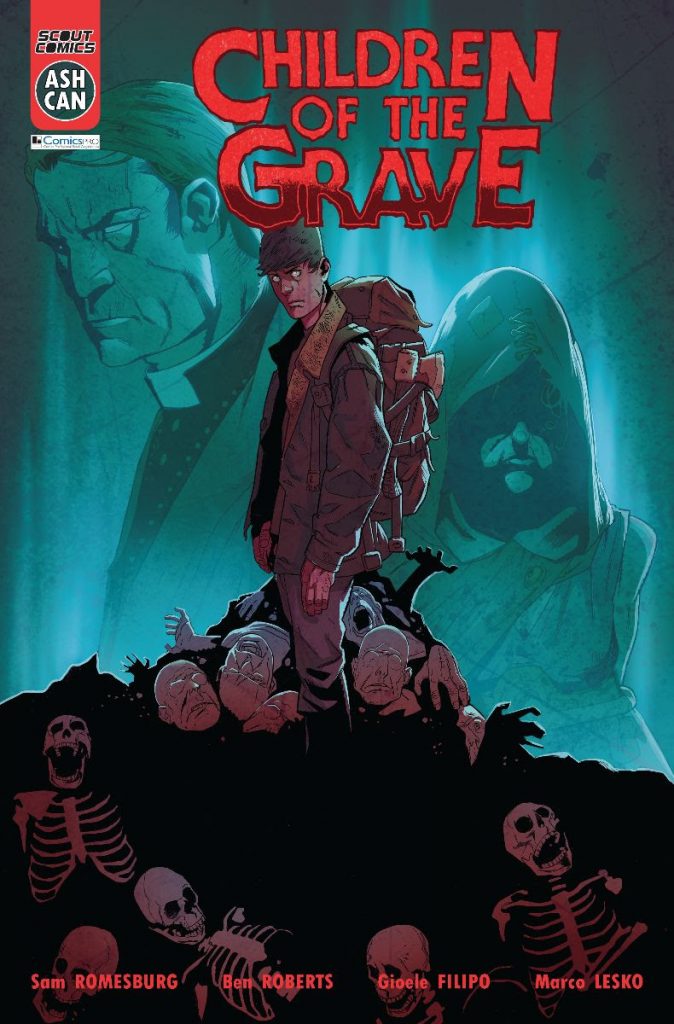 Amidst the tranquility of a new earth, a boy uncovers an extra-terrestrial mystery that exposes not only the destruction of the world that came before, but the imminent demise of his own.

That’s the premise behind Children of the Grave, a new series coming soon from Scout Comics. From Writers Samuel J. Romesburg (Among the Willows,) Ben Roberts and artist Gioele Fillipo, the book gives a new look at a not so far future.

Thirty years into the future, earth as we know it has been reset. The new age of humanity is about to enter its third decade. These new humans lead blissful lives unaware of the issues that plagued the world before them. Inhabiting the land known only as “Terra,” all of their needs are provided for by forces they do not know or understand. Bountiful crops seemingly grow themselves while electricity and running water systems remain miraculously intact and maintained without any human contact. All of this is credited to what the new humans have coined as “The Providers” – a divine and watchful entity, and the source from which all humans are created. Humans arrive on Terra as infants with no memory or sense of blood-bound family. On Terra, the humans are all children of the providers, and they live their lives accordingly. There is no hardship, no pain or suffering, and above all else – a mutual understanding that there is no questioning of any of it. All of Terra’s children abide by this code – except for one.

Daniel is the exception to the new world. Driven by angst and starved for answers, he has spent his life on Terra challenging the status quo and demanding more than what he has been shown. His days are spent searching for remnants of the old world, constantly piecing together a puzzle no one else cares exists. Armed with unfaltering determination and a hatred for complacency, Daniel sets out to leave the people of Terra behind in search for a life of Truth – however, the truth he uncovers reveals that there was never a chance of life at all. An evil is looming, and humanity is doomed to disappear once again.

Here is a word from the writers, Sam Romesburg and Ben Roberts:

“Children of The Grave starts as a slow burn mystery, but once that mystery is let loose the action erupts and violence takes over. Scout is the ideal home for Children of the Grave. This story is gritty and harsh and needs to be told as such. Scout has given us a platform to do so as we see fit and make this story exactly what we feel like it needs to be.”