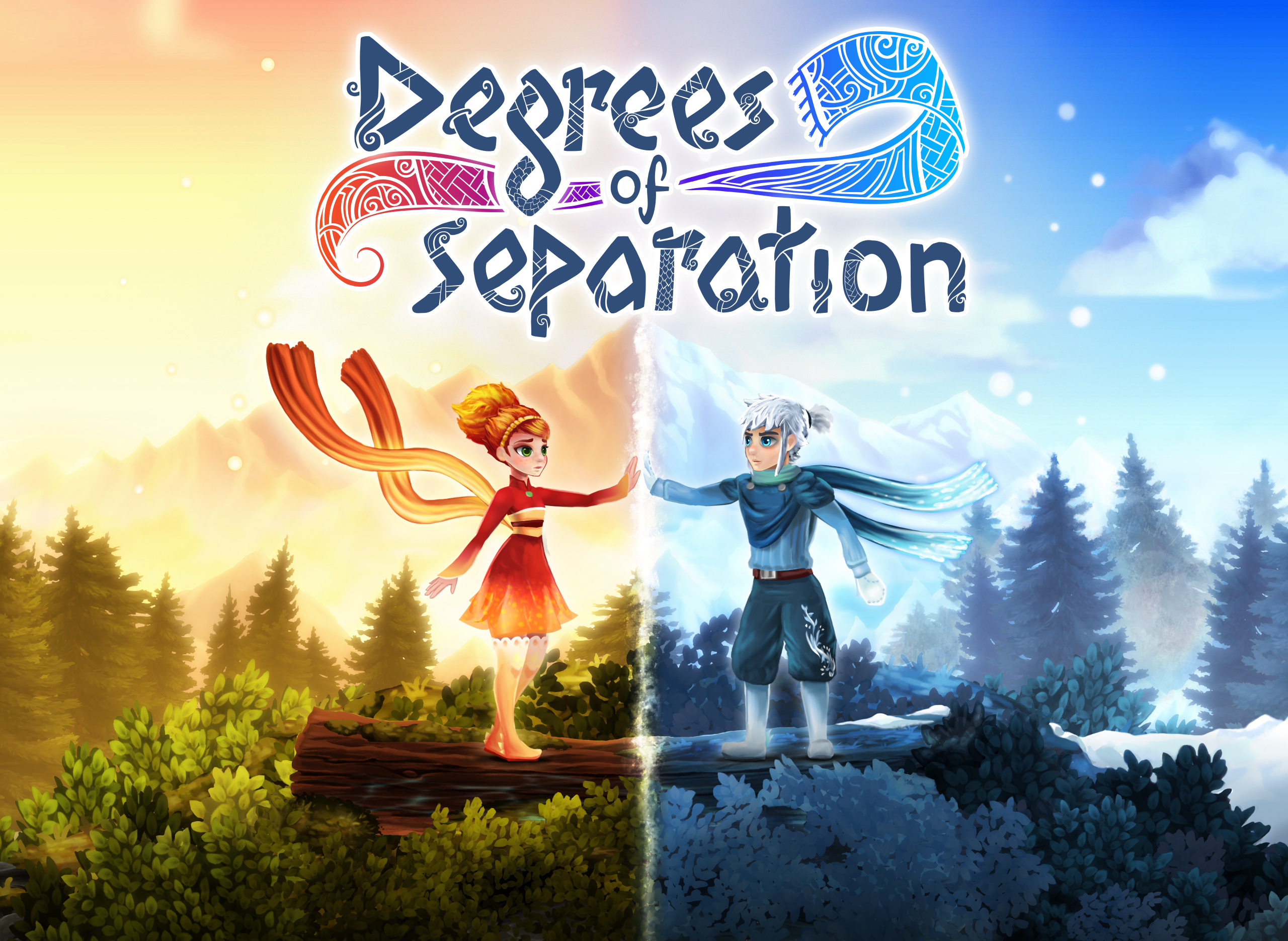 Degrees of Separation is a fun indie 2D platformer developed by indie studio Moondrop and published by Modus Games. It follows Ember and Rime, two characters from different worlds, but with a common goal. While it’s fun to play by yourself, the experience really opens up when you play with a friend.

The story follows nature spirits Ember and Rime. They both inhabit the same space, but with very different perspectives. The world has been abandoned and overtaken by nature. Although they are connected, their separate worlds of spring and winter keep them from coming together as one. Through cooperation, they will use each other’s abilities to manipulate hot and cold to traverse the terrain together, and hopefully find out the fate of their worlds, while learning about each other.

Degrees of Separation is a beautiful game. You are quickly introduced to the main characters and the challenge they face. As they travel on their adventure, each area they enter changes depending on their world. When Ember comes an area, the world becomes a vivid spring. When Rime enters, the world becomes a gloomy winter. And each of these are vital in solving the puzzles and mysteries that they are presented with on their journey. 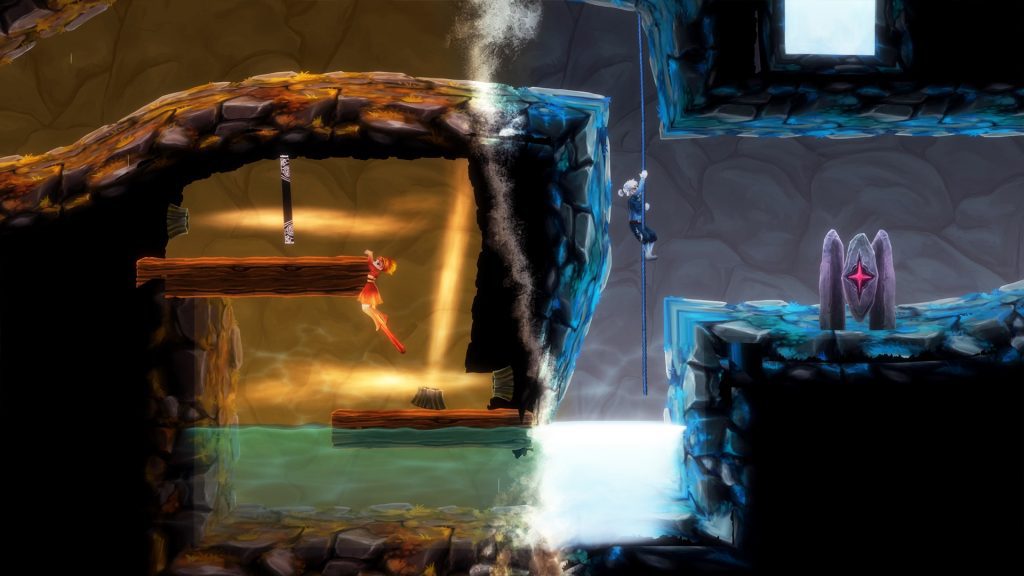 While you can play either single player or co-op, the co-op option is the better one. When you play single player, you are in control of both Ember and Rime, and able to switch between the two at will. While it’s still an exciting experience single player, having a friend to play with makes puzzles easier to solve and the game flows better.

The puzzles in the game become more challenging and complex as the game progresses. There is a wide variety of puzzles to solve, and pretty much all of them require switching between the two characters. While there are a lot of them, they are generously scattered throughout the game and never become overbearing or even too difficult. Completing these challenges open up new areas throughout the game that help move along the narrative.

There is a lot to love about Degrees of Separation. It looks beautiful, plays well and is a fun platformer. The puzzles are challenging, but never too hard. The soundtrack is excellent and helps immerse you in the world of Ember and Rime. But, once you are finished with the adventure, there isn’t much need to go back and relive the experience. While the experience itself was a good one, if replay value is your cup of tea, there won’t be much of that here. With that minor complaint out of the way, I definitely recommend playing Degrees of Separation. You won’t be disappointed.