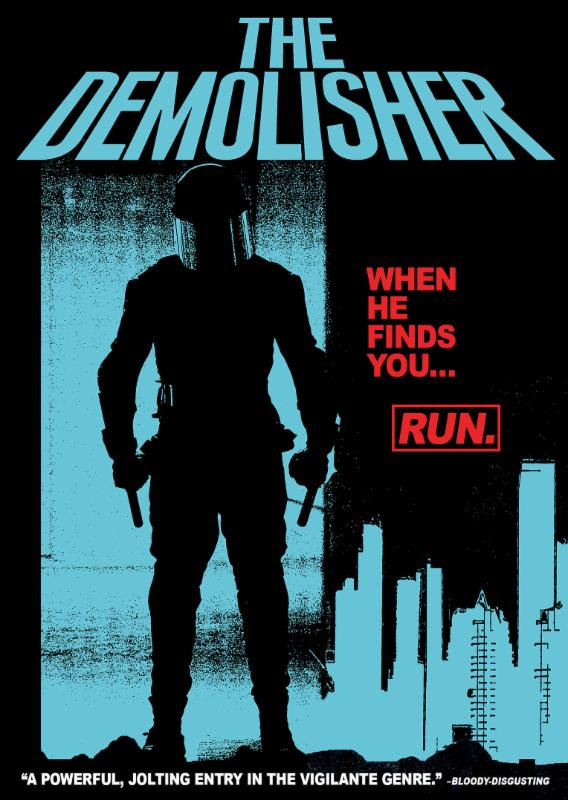 By Staff Reports– Like the stylistically brutal films of Nicolas Winding Refn, THE DEMOLISHER, from Canadian director Gabriel Carrer, is an unapologetic portrayal of what can happen when a fragile mind is pushed too far.  Winner of the 2015 Fantasia Film Festival’s Silver Audience Award, this “powerful jolting entry in the vigilante genre” (Bloody-Disgusting) will be available on Digital HD and Blu-ray/DVD starting October 4, 2016.

Tormented by a crippling sense of responsibility for his disabled wife, Samantha (Nori), an ex-policewoman, seemingly ordinary cable repairman Bruce (Barrett; Winner: Best Male Lead, 2015 Fantastic Planet Film Festival) channels his sense of injustice into a dark path of vigilantism. Donning riot gear and taking to the streets to right the seemingly infinite number of wrongs committed every day, Bruce becomes The Demolisher, a one-man wrecking ball tearing through a neon-lit city blighted by crime and hatred.

As his tenuous grasp on reality weakens with each foray into the urban decay that surrounds him, Bruce’s rage eventually reaches a boiling point that may cost him his own life as well as the lives of the innocent he thought he was protecting.

Carrer describes THE DEMOLISHER (his fifth feature film) as “a surreal and hyper-stylistic take on a relentless and emotionally wounded vigilante.”