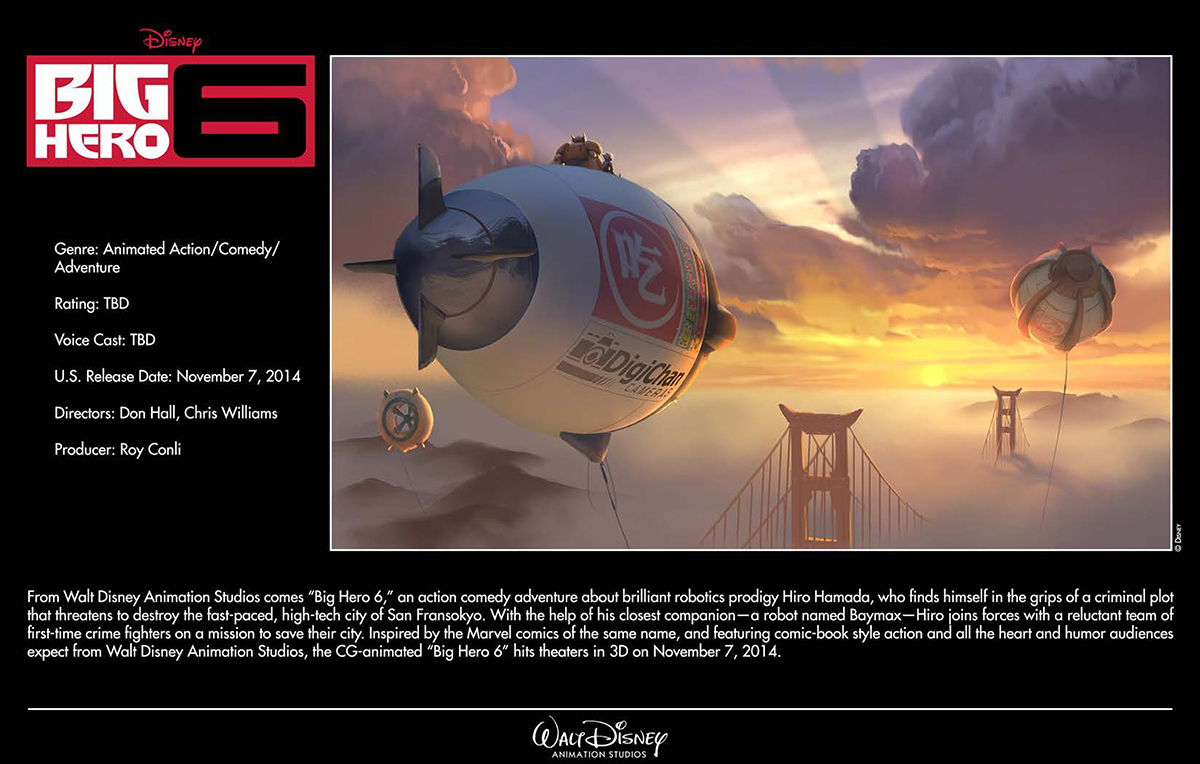 (Victorville)– Disney and Marvel Studios released new stills of three of the films slated to hit this year: Captain America-The Winter Soldier, Guardians of the Galaxy and Big Hero 6.

The photo of Guardians of the Galaxy shows the first official photo of the cast, which to me looks pretty amazing. Check out the photos, which are accompanied by loglines/synopsis for each film.

Those not familiar with Big Hero 6-don’t worry, it’s going to be amazing.