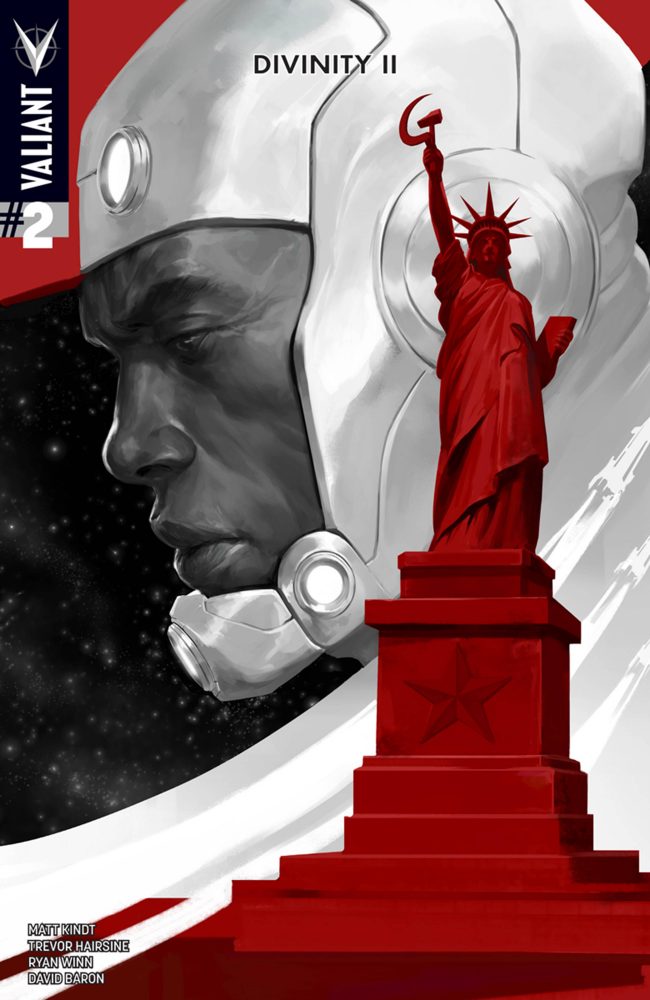 The return of Valiant Entertainment’s hit series Divinity was nothing short of fascinating and shocking at the same time. With the second issue to this new series, we get the moment we wanted to see happen since the series was announced: the soviet super soldier Mishka versus the star of the original Divinity, Abram Adams.

Since returning to Earth, Mishka has turned the returned the once powerful Soviet Union into a super power of its own. With options being limited on how to fight someone like Mishka, with god-like powers, the heroes of the Valiant Universe turn to their once adversary, Abram. Having seemingly the same powers as Mishka, it looks like this will be a battle of Divinity’s: or maybe not?

Writer Matt Kindt and artist Trevor Hairsine continue this thrilling mini series. It’s hard to follow-up the shocking first issue that hit last month, but this issue absolutely delivers. To see two very different yet similar beings clash for ideals all their own is the stuff comic book dreams are made of. Valiant continues the hot streak of hits with Divinity II, and if this issue’s look into the future is any indication, the effects of this miniseries will be felt across the Valiant U.