Battlefield: Hardline is the newest installment of the Battlefield series and will be taking a slight detour away from the military warfare game that it has been and now will have a cops vs criminals setting. The player will be set in the shoes of Nick Mendoza as he is on a cross country pursuit of his ex-partner. The campaign will also give the player a choice of being a good cop or bad cop.

There will of course be new classes and weapons to carry out your dirty deeds and they seem to be sticking to the same formula of vehicle warfare and large scale destruction. Battlefield: Hardline will be released on PC, PS4, PS3, Xbox One and Xbox 360. 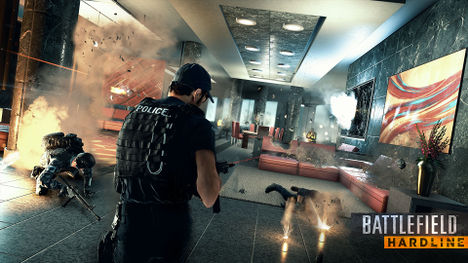