This November, prepare for every Spider-Man…ever! Marvel is proud to announce Spider-Verse, the biggest Spider-Man story of the year from New York Times Best-Selling Spider-Scribe Dan Slott and blockbuster artist Olivier Coipel!

Kicking off this November in Amazing Spider-Man #9 (with a special lead-in story on Free Comic Book Day), Slott and Coipel assemble an legion of Spider-Men from every corner of every universe. Peter Parker, Miguel O’Hara, Miles Morales and many, many more must unite to stop a seemingly insurmountable super-powered foe. Morlun, an incredibly powerful villain has returned with a singular and terrifying goal – exterminate every Spider-Man in every universe! It will take thousands of spider-powered heroes to battle back the greatest threat to this universe or any other!

“The scope of this event is so big, the word ‘epic’ just doesn’t do it justice,” says editor Nick Lowe. “The story is just huge and heartbreaking and has necessitated spreadsheets to organize all the Spider-Men. Luckily we have a writer who has proven time and time again he can thread impossible story-needles [Slott] and the most versatile character artist in the business [Coipel].”

Fans can see the first hints of this event in April’s Amazing Spider-Man #1 but will get their first real taste of Spider-Verse in Marvel’s Free Comic Book Day Guardians of the Galaxy issue this with a special 5-page lead-in story available for free at all participating comic shops on May 3rd. This fall, Spider-Verse unites every Spider-Man in history to drive back the forces of darkness. But will an army of Spiders be enough?

Don’t miss the blockbuster Spider-Man event that will have the Marvel Universe on the edge of its seat when Spider-Verse hits comic shops this November! Plus, don’t miss the start of the next big chapter in Spider-Man history in Amazing Spider-Man #1 on-sale this April! 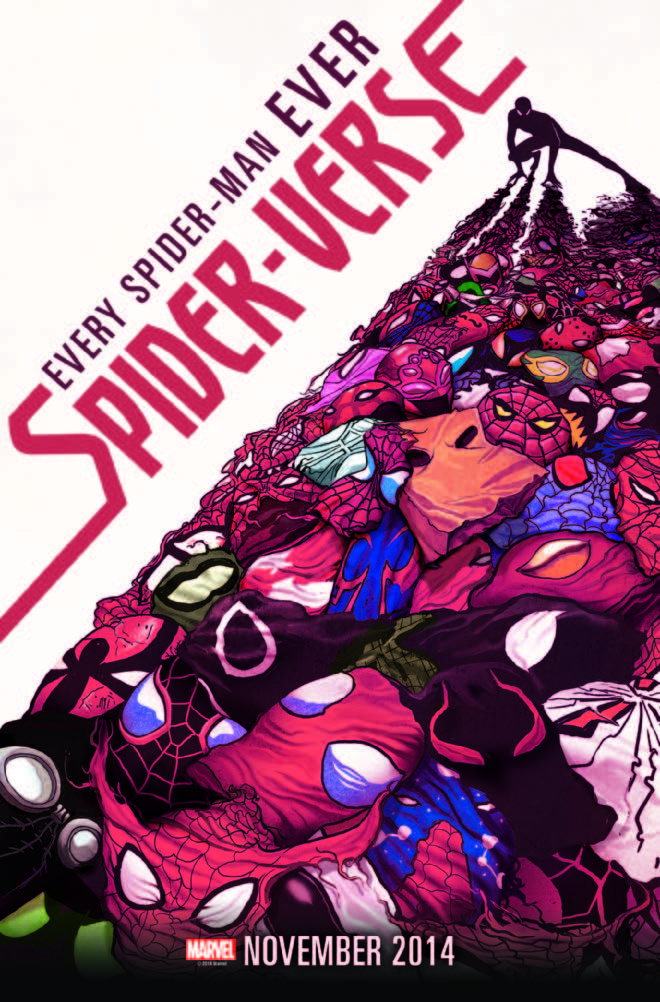