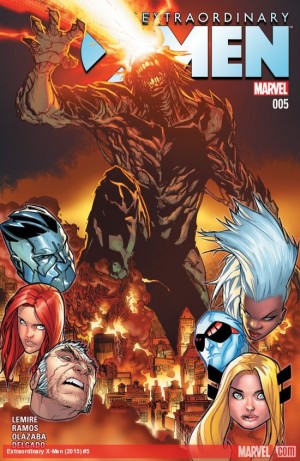 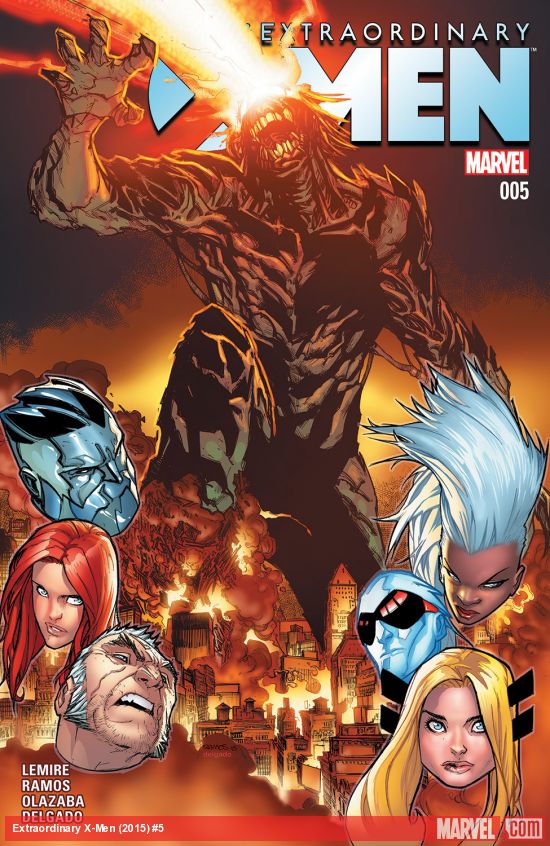 (Victor Valley)—With all the reboots and new titles to swarm out of Marvel Comics in the last few months, one of the most enjoyable has to be the Extraordinary X-Men. With a team led by Storm and composed of Iceman, Colossus, Majik, a time displaced teenage Jean Grey and Old Man Logan, this team stood out to me the most when it was announced months back. Now, at the end of the first story arc, does this new, strange team book hold onto the momentum?

Written by one of my favorite modern day comic book writers, Jeff Lemire (Descender, Animal Man) with art by the amazing Humberto Ramos (Amazing Spider-Man, Crimson), this is THE X-family book to watch.

The team has come together to face one of the X-Men’s most dangerous foes, Mr. Sinister. But Sinister isn’t alone, as he has created a Frankenstein-eque version of Scott Summers, also known as the deceased Cyclops. Taking DNA from Summers and an Inhuman, Sinister is hoping to make a being that can usher in a golden age for mutantkind, especially in light of the whole Inhuman fiasco sweeping over the world. We see this somewhat patchwork team work together to not only take down Sinister, but also a twisted version of someone they all considered a friend at one time.

Lemire does a terrific job of bringing these mutants to the forefront and creating a cohesive, team feeling to the whole book. Having a Jean Grey that hasn’t went psycho with the Phoenix force yet and a Logan that has a past that will never stop haunting him, this team has a lot of depth, and a lot of room to grow, especially after the end of this issue. Ramos’s animated style works so perfectly for this book, just as it did with the Amazing Spider-Man. The X-Men are larger than life, as is Ramos style, so this is literally a match made in Heaven.

This issue, the end result of the first story arc for the Extraordinary X-Men, gives us a satisfying ending, and an excellent set up for what’s to come with the next storyline. Lemire and Ramos both do an amazing job creating a new X-book, and the best X-book on the shelves today.