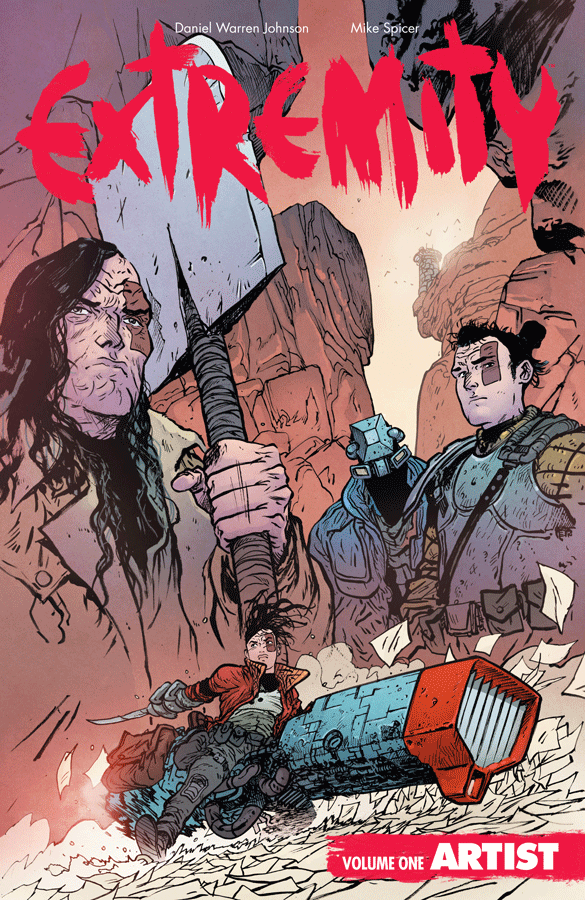 Daniel Warren Johnson’s imagination has everything in this comic at its extremity!  From the intense artwork with colorist Mike Spicer’s work jumping off the page and in your face to the fiery storyline, the first collection of the hit series Extremity is a sight to see.

Almost instantaneously you feel for the main character, Thea, who has been deemed as “the artist”, by the local witch doctor, and has her hand chopped off in retaliation to her father’s actions of war.  The world is very different, with a Mad Max vibe, but much darker, if you can imagine that. Through the pages you live through their struggles of anger, loss, and grief with the never ending cycle of war and revenge between the two clans of the Paznina and the Roto.  I really liked the story of Thea’s brother, Rollo, and his struggle of becoming who he wanted to be vs. what his dad wanted.  Best part is it is only the beginning, since this is barely volume one.  Make sure to pick it up, and keep an eye out for the new story arc.

Rating: A strong 9.0 out 10 with lots of lovely bloodshed throughout.