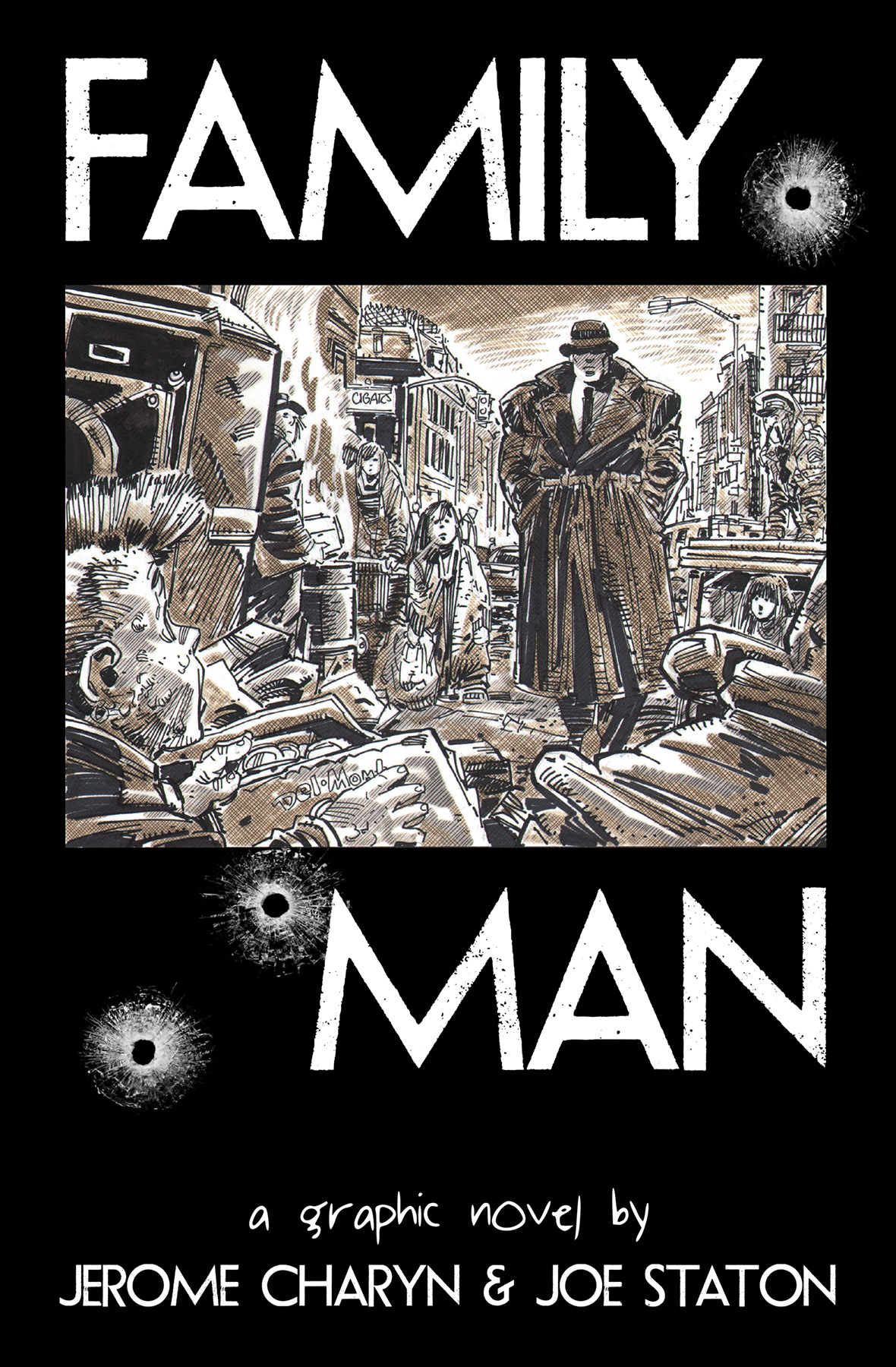 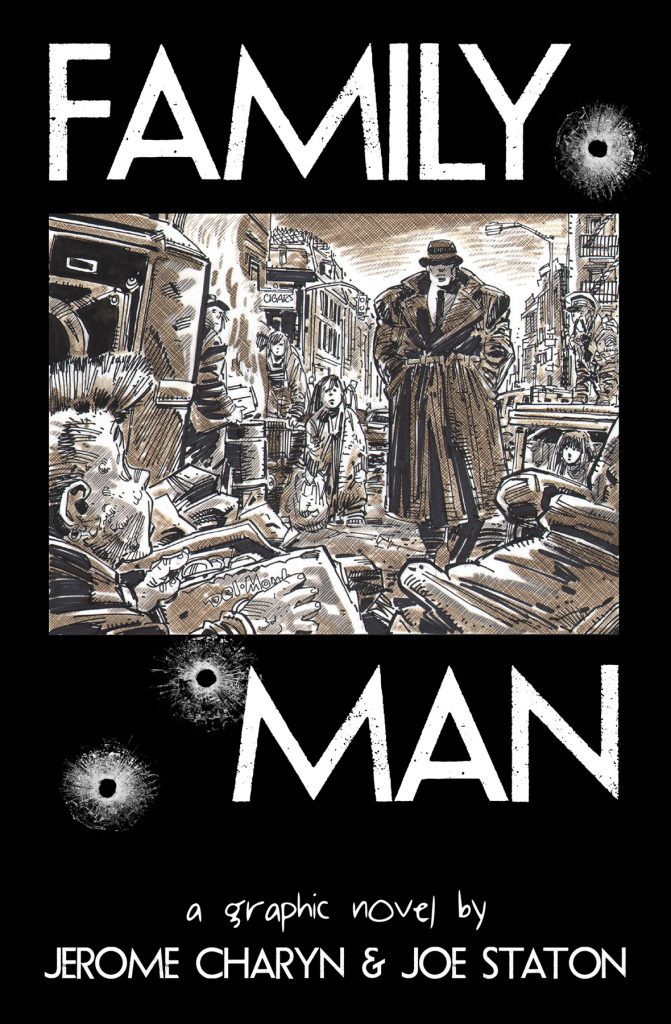 New York City has always been a city of crime and chaos. New York’s finest, the boys in blue, have always been there to either protect or partake. Jerome Charyn & Joe Staton help us paint a picture of NYC if the chaos was full blown in their new graphic novel, “Family Man.”

They set the scene an hour in the future, almost as if they are saying this chaos may be a reality for us that’s just around the corner. New York is a madhouse at this point. The streets are overrun by criminals and cops. The city has run out of funding to employ all of the police officers that were once on payroll, so these ex-cops resort to any means necessary to keep themselves and their families alive. Organized cops seem to be as rare as organized crime in this universe. The major mafia families have all fizzled out. Dons hide in their homes now, avoiding FBI agents and assassins alike. But for Alonzo, cowering in the shadows of a city up in flames seems like an impossible task. Alonzo is a family man, a top gun for Don Ferdinand Furioso. His wife and kids were murdered years back, and he never knew who was responsible. This, along with the fact he was on top of the FBI’s most wanted list, forces Alonzo to lay low and watch his city burn from his perch on the rooftops of NYC. But with other Dons being knocked off in this time of peril, Alonzo checks in with his Don to make sure he is safe. And with this, our story unfolds. Alonzo’s little brother, Charlie, goes by Monsignor and seems to hold more power and fear in his dirty hands than anyone else in this corrupt city. This doesn’t sit well with the wealthy upper class and no good police commissioner. Charlie has been the one who is responsible for taking as many criminals off the streets as possible with the lack of a police force. So when he finds out his little brother is back in the streets trying to contact his Don; naturally, he steps in.

“Family Man” is 300 pages filled with twists, turns, and constant deception. What else would you expect from a graphic novel about the mafia? Does Alonzo save his Don? Does Charlie clean up the streets? Do the upper class regain their city? Pick up your copy of this graphic novel and see for yourself today. The plot is a little rushed at times, but there is plenty of action to supplement. If you’re looking for a new thrilling tale of men in blue vs. the men in suits I definitely recommend “Family Man.”