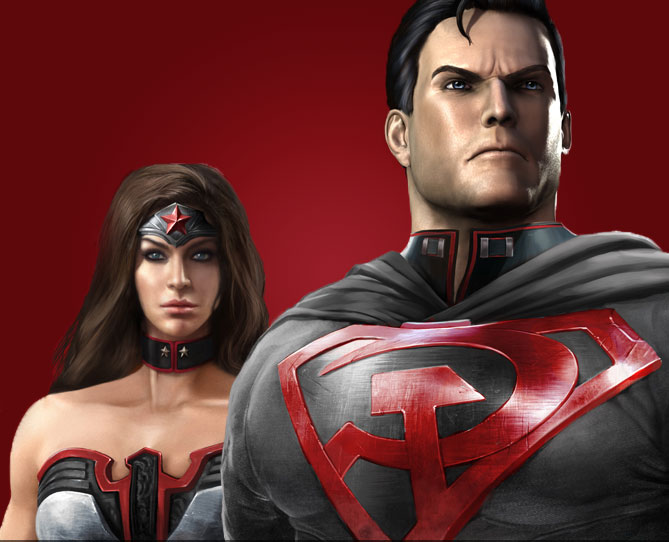 That’s Elseworlds for ya.

GameStop announced that when customers pre order the new DC Comics fighter, Injustice Gods Among Us, they will get a little something in return…a little red.

The Red Son DLC pack will boasts skins for characters straight from and inspired by the alternate reality of Superman: Red Son, which puts the Man of Steel in Mother Russia. Looks awesome, big fan of the Red Son design, and since I already pre orderd at GameStop, this is as good as mine.

Now with the New 52 and Red Son DLC already announced…what’s next? Dark Knight Returns? Kingdom Come? Classic DC Universe? What skins would you want to see?