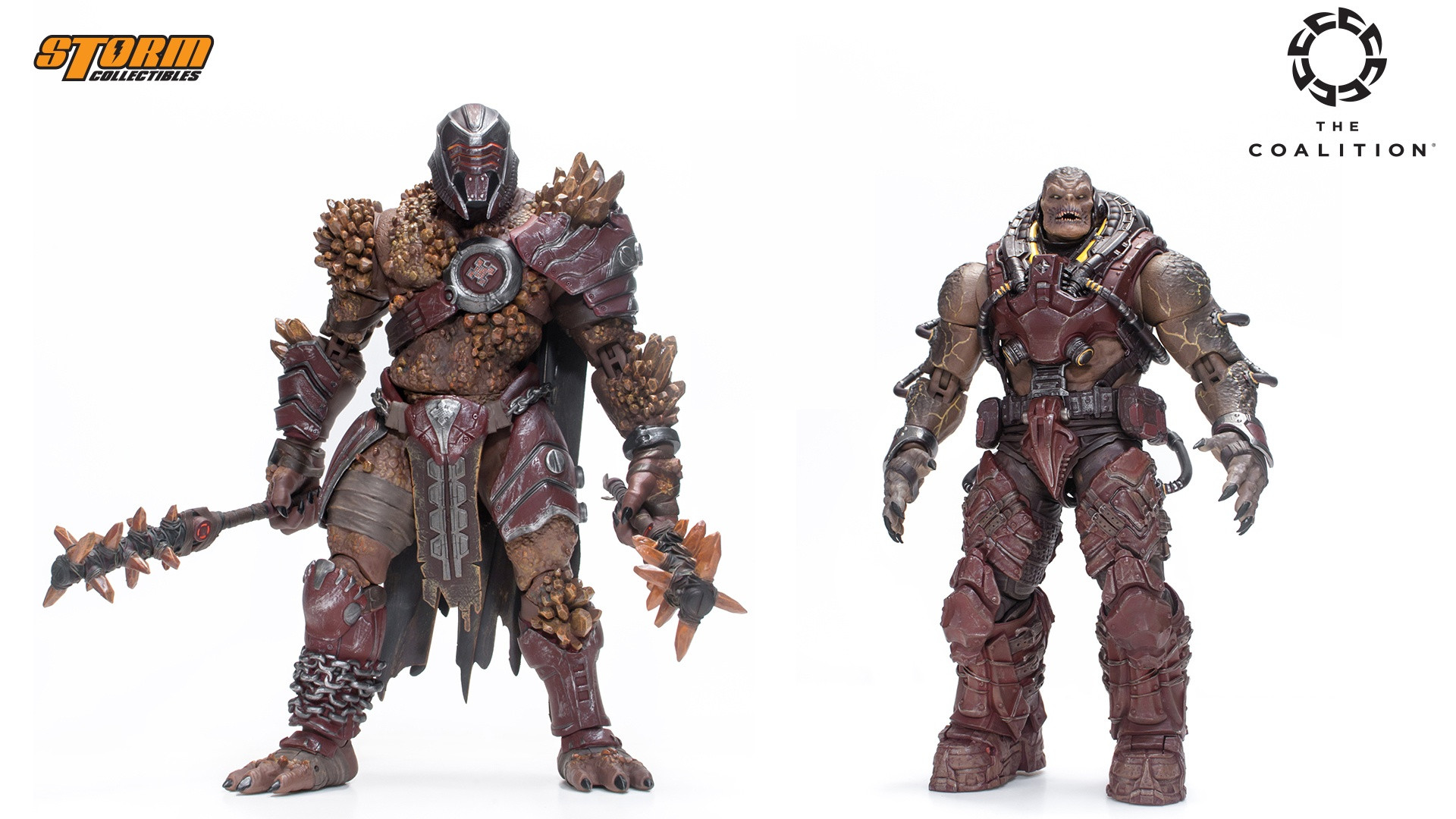 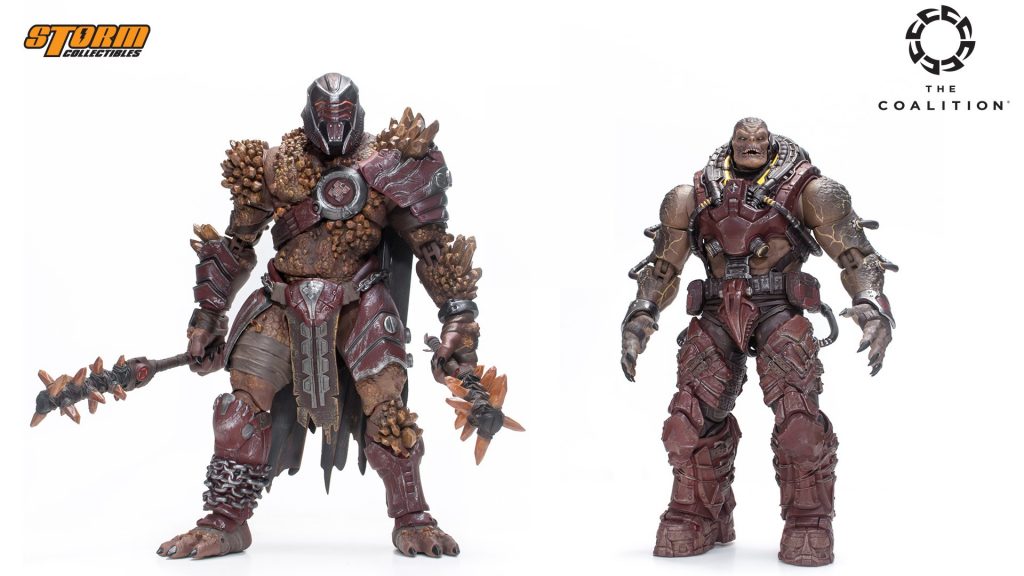 Building off the excitement around the first wave of Gears of War action figures last year, Storm Collectibles and The Coalition are thrilled to debut two new additions at this year’s New York Toy Fair with the new Disciple – Locust Drone and Warden action figures, available later this year (you can pre-order now with Big Bad Toy Store in North America and Storm Collectibles globally).

We loved working with our partners at Storm Collectibles, and are happy to show off how these highly detailed 1:12 scale premium format action figures feature over 30 points of articulation and a full array of accessories like weapons, armor pieces and more. 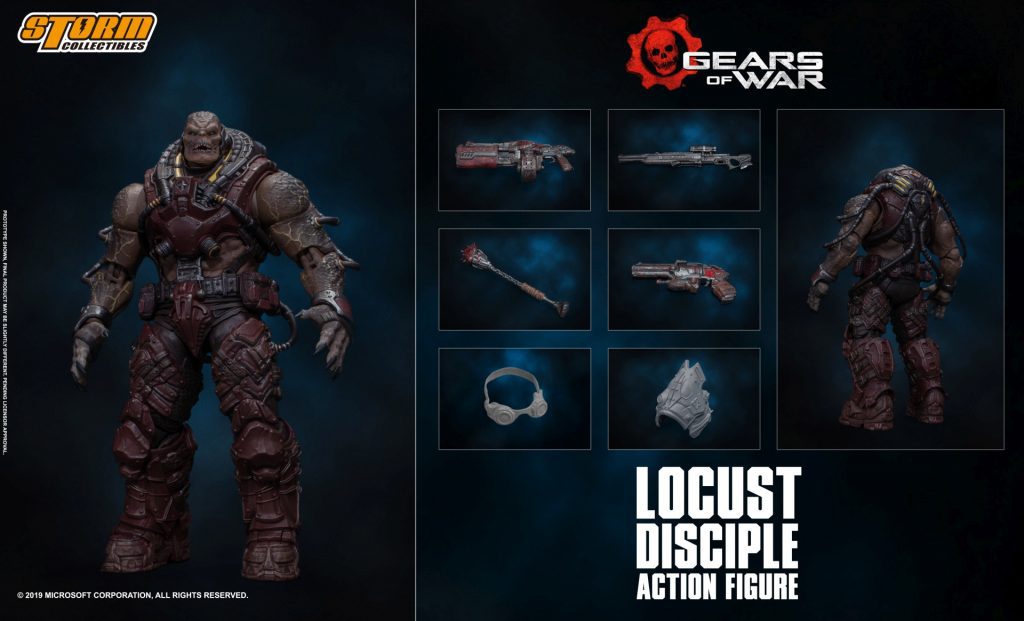 Featured in the upcoming Gears Tactics, available worldwide on April 28, The Disciple is a ferocious Locust Drone unleashed upon the Coalition of Ordered Governments. During the early days of the Locust War, Ukkon, the lead scientist of the Locust Horde harnessed the power of Imulsion to build his army. Resulting experiments with the Locust Drones led to the creation of the deadly Disciple.

Each Disciple wears an injection harness that delivers a continual flow of Imulsion into their bodies, amplifying the power of their attacks and granting them increased resilience and strength. These enhanced Drones form the fierce and unrelenting front-line of Ukkon’s army.

The Disciple figure comes with the Locust Drone Head Sculpt, a sniper goggle, cyclops helmet, Boomshot, Longshot Sniper Rifle, Boltok Pistol and three pairs of swappable hands. The figure will be available for a suggested retail price of $65 USD and will be available in July. 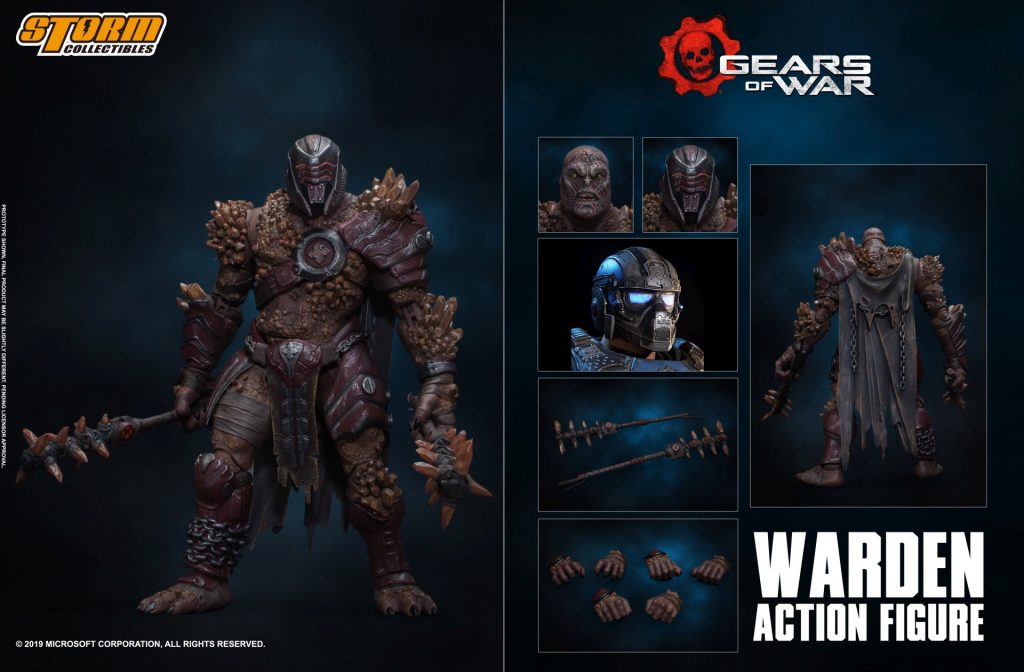 A ferocious new foe from Gears 5, The Warden’s sole purpose is to enforce order among the Swarm’s Hives through overwhelming strength. They prefer to take the fight up close, devastating enemies with each swing of their dual Breaker maces.

Wardens are an elite form of Scion – Locust that have evolved after exposure to the Imulsion Countermeasure Weapon. As a result, the contamination that has warped their cells has led to their flesh becoming a near-indestructible crystal. This natural armor gives the Warden a fearsome advantage in combat.

Included with the Warden action figure is his head sculpt, battle-damaged Gear Infantry Helmet, two of its signature breaker maces and three pairs of swappable hands. The Warden will be available in September for a suggested retailer price of $100 USD.

Fans can pre-order both action figures now at the Big Bad Toy Store in North America and at Storm Collectibles globally.

For the latest on Gears 5 and the Gears of War franchise, stay tuned to Xbox Wire and follow Gears on Twitter @gearsofwar.