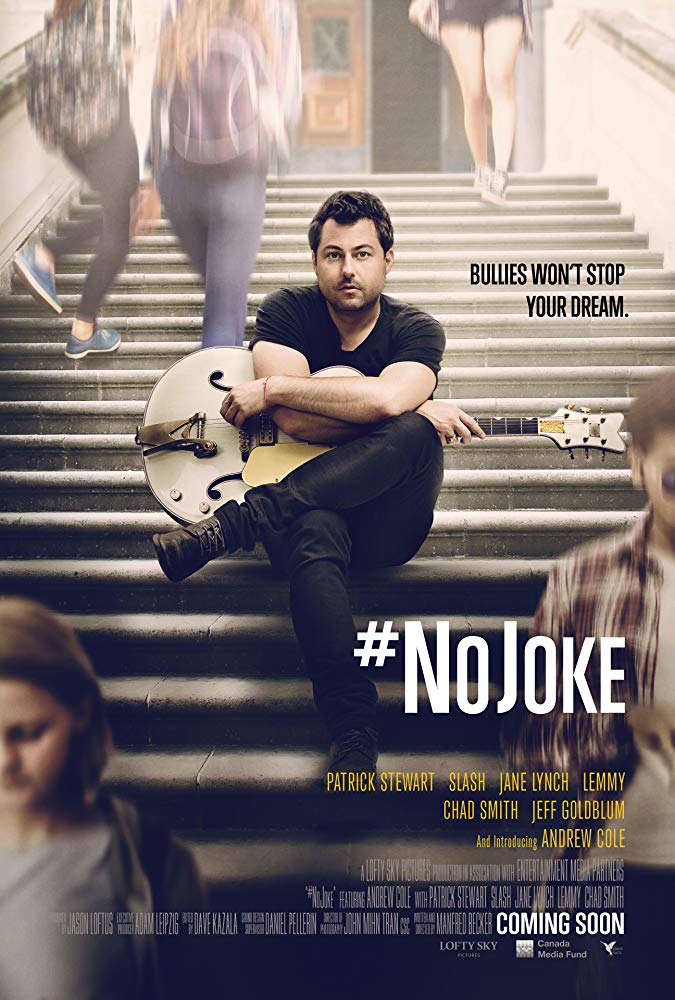 Check out the trailer for #NoJoke, which is due for release October 22 across North America (On Demand/Digital from Indiecan Entertainment), Manfred Becker’s #NoJoke chronicles a musician’s journey to create a song with some of the biggest stars in the industry. Along the way, he faces up to his painful past, while giving viewers a deep personal insight into the issue of bullying.

In the #NoJoke documentary, singer Andrew Cole sets out to convince his musical idols to help him make a song for victims of bullying. He’s joined by Jeff Goldblum, Slash, Patrick Stewart, Lemmy, Chad Smith, Jane Lynch and more, who share their talents and their sometimes painful experiences. Andrew’s journey to understand bullying leads him to experts and to the ghosts of his own past—going beyond the tropes of today’s anti-bullying campaigns to the heart of the issue.