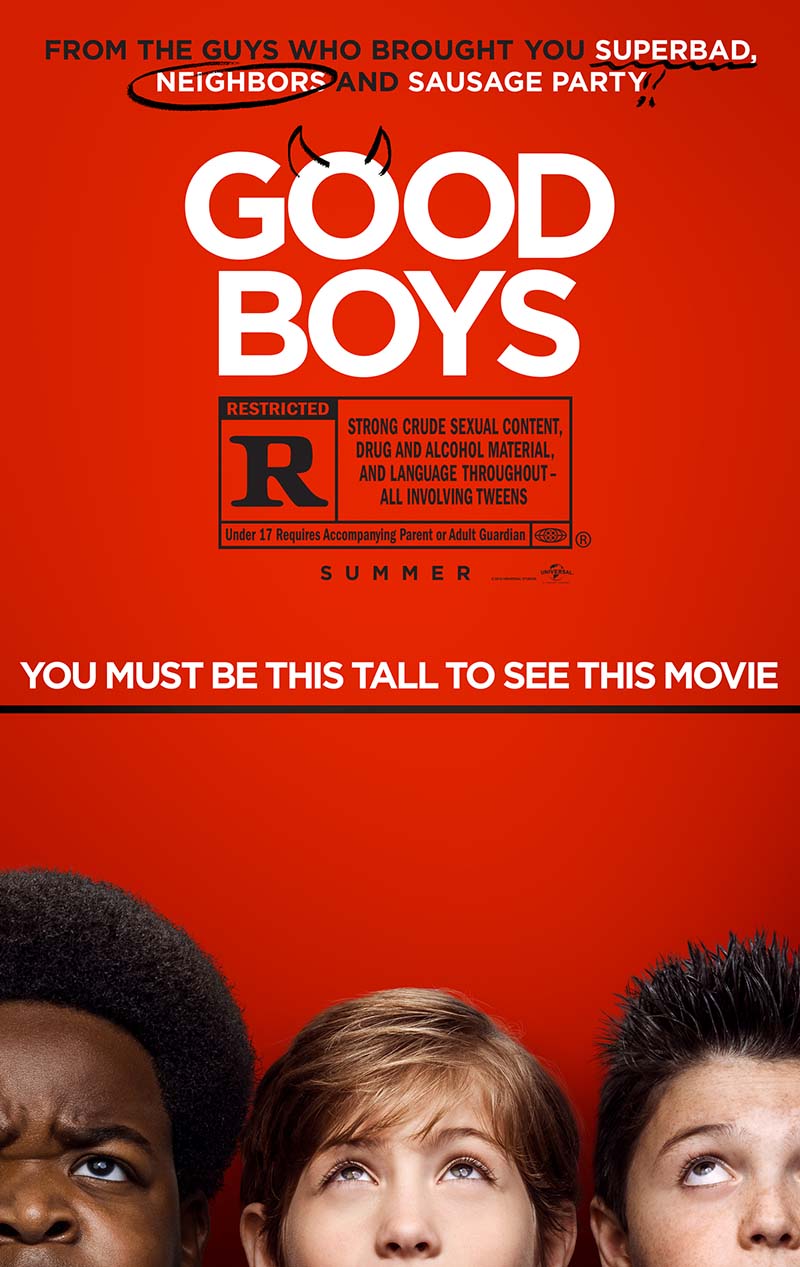 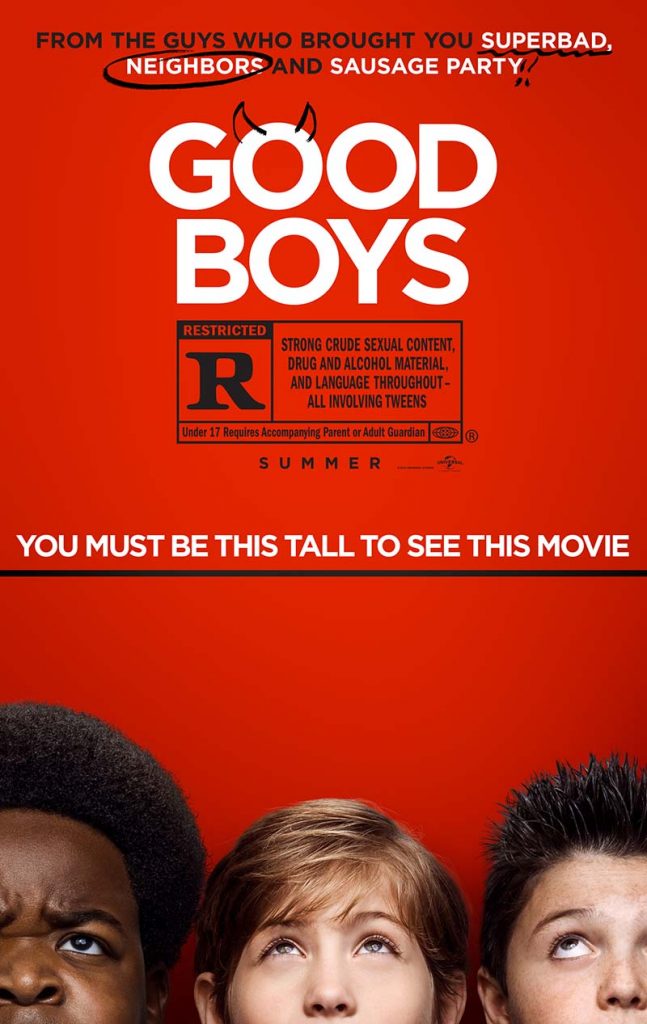 In the spirit of ‘Super Bad’ comes an outrageous comedy that will make parents laugh and cringe at the same time. In fact, anyone with younger siblings, nieces or cousins will probably be just as joyfully horrified as parents while watching this movie. It’s a dirty comedy, featuring kids, but made for adults. The whole thing seemed like a risky move for Universal and producer Seth Rogen. At first, it was confusing, as people weren’t sure who the movie was made for. It features a cast of very young teens, which generally would suggest that it’s a movie made for that age group. But the marketing made it abundantly clear that it wasn’t for them; it was for a more mature audience.

Initially, I wasn’t sure how it would work, but we checked it out the other night to find out. And I am happy to report that it worked out really well.

The movie is about 12-year-old Max and his best friends Lucas and Thor. After Max is invited to his first kissing party, he turns to his friends for some help to learn how to kiss. After failing to learn anything new from online websites, they hit a dead end and try something different. Max decides to use his fathers’ prized drone to spy on the girls next store to see if they can see anything. This leads to a disaster as the drone is lost and the boys hatch a plan to retrieve it. This requires them to skip school and go on a mission that leads to being chased by a pair of teenage girls, sex dolls, drugs, and fighting frat boys. It’s all a day in the life of growing up.

This movie is super funny. It’s one of the most inappropriate comedies I have ever seen, and it was hilarious all the way through. But one thing that struck me was how sweet, honest, and heartfelt it was, which is one thing I wasn’t expecting. Written by Lee Eisenberg and Gene Stupnitsky, and directed by Stupinitsky, the film has a real emotional core to it. The boys are at that weird age where they are figuring out who they are, and since they are boys, the movie plays on themes of what it means to be a man. It doesn’t shove anything in your face, and it deals with it in a very respectful and impactful way.

The cast of the movie is brilliantly put together. The boys have real chemistry together; it feels like they have known each other for years. Everyone in the film plays everything straight, nothing is played for laughs, and that makes it more believable. All though a lot of the situations that are presented in the film are ridiculous, they react to them as real people would. It makes the whole story a lot more relatable.

Good Boys earns its R rating by being extremely raunchy, disturbing, and irreverent. Underneath the laughs, it’s a sweet movie with a lot of heart. It’s almost too bad that tweens the ages of the main characters can’t see the film because there are some great lessons to be taken from it. The actors are great, the writing is spot on, and it’s a lot of fun. If you want some good laughs, I recommend checking it out.