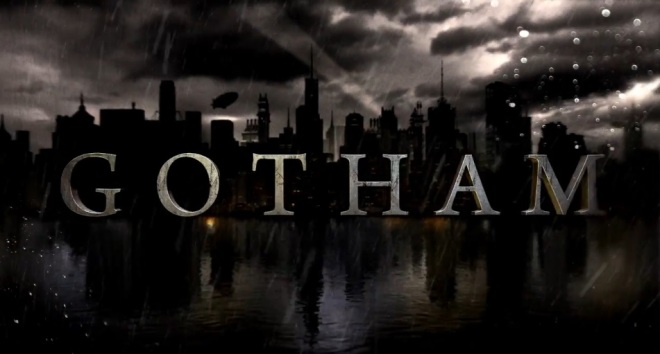 Just when you think you have the Clown Prince of Crime figured out, they go and stab him in the neck. In the first big shocker of the season, Gotham channeled Game of Thrones and killed off their most interesting character in grisly fashion.

After the massacre at the police station, Gordon and Bullock are on the hunt for anyone who has information on Jerome and his gang of escaped mental patients. While they are back at the station, Leslie suggests that they take a break from throwing criminals through windows and attend a charity gala. Jim reluctantly agrees, but has to track down Jerome’s blind father for leads before he suits up for the black tie event.

Shortly before Gordon and Bullock arrive at Jerome’s father’s house (played by the awesome Mark Margolis), the would-be Joker kills him and gasses the arriving detectives. Attempting to continue his killing spree, Jerome kidnaps the magician performing at the gala and takes his place (with Barbara as his assistant).

Once everyone (except the recovering Gordon) arrives at the party, Alfred awkwardly attempts to flirt with Leslie and Bruce has another run-in with the future Catwoman. After performing some magic tricks for the crowd, Jerome reveals himself to the horrified audience before taking Leslie and Bruce hostage. Yearning to become Gotham’s hero, Theo Galavan makes a well-timed entrance and stabs the shocked Jerome in the neck, killing him, saving Bruce, and dropping the jaws of viewers everywhere.

Did anyone actually think that they would make Joker’s origin story so simple? Joker’s true identity has been a guarded secret for decades. While Jerome did an amazing job acting Joker-esque, there was no way the series would give the iconic criminal a name (especially so soon). In what seems to be a running gag by the writers, the audience is once again left asking, who will become The Joker (my money is on Theo Galavan)?

So, as we say goodbye to a fascinating sociopath, we are left to ponder Theo’s eventual endgame (which will likely play out through the season), and await the triumphant return of The Penguin. While Jerome is gone, he will not be forgotten as his laugh and his insanity appear to be spreading throughout the city.

Rating 4.5 out of 5. With Jerome’s death ruining several fan theories (and shocking everyone), it appears that the episode writers had the last laugh with The Last Laugh.