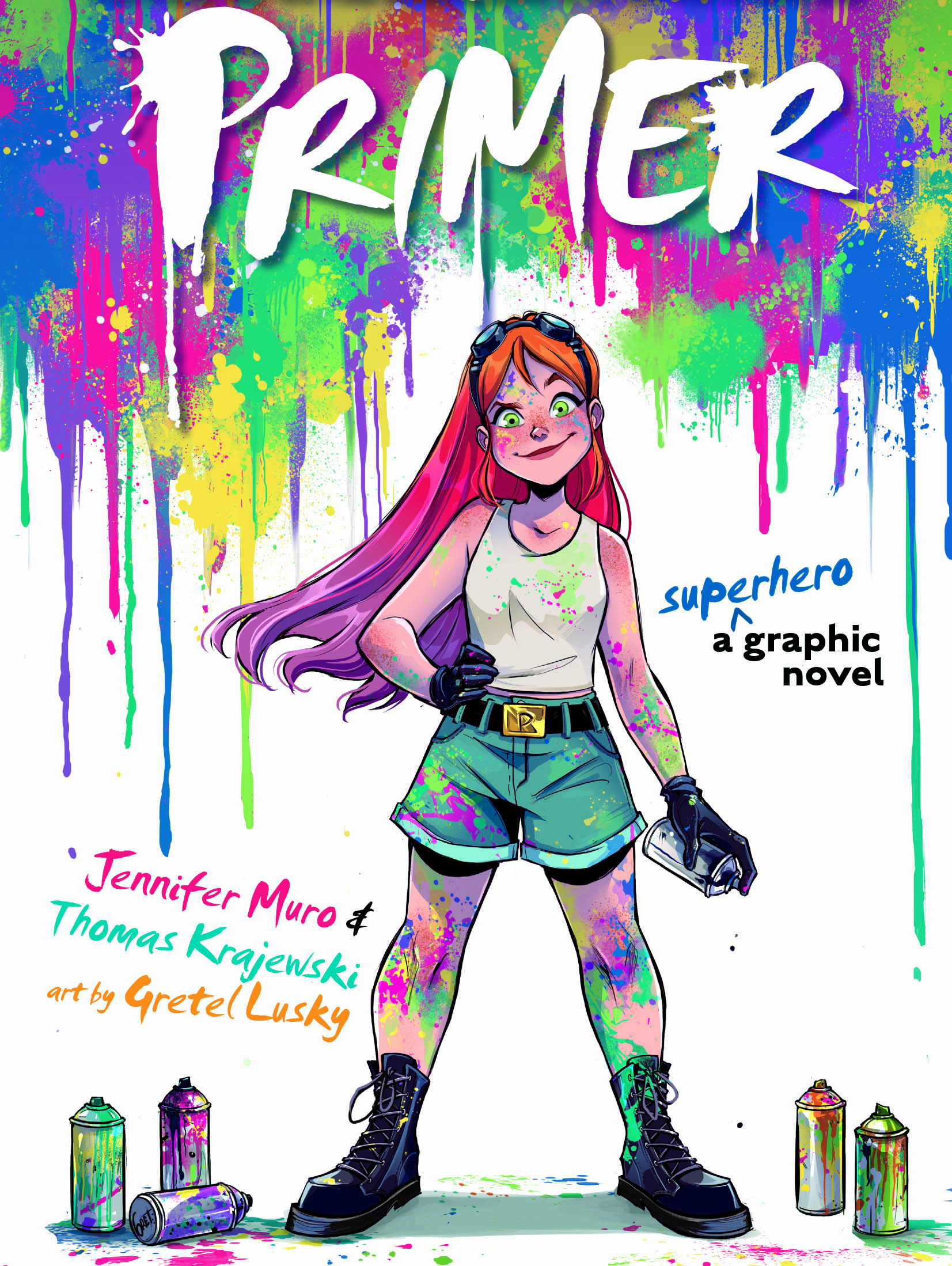 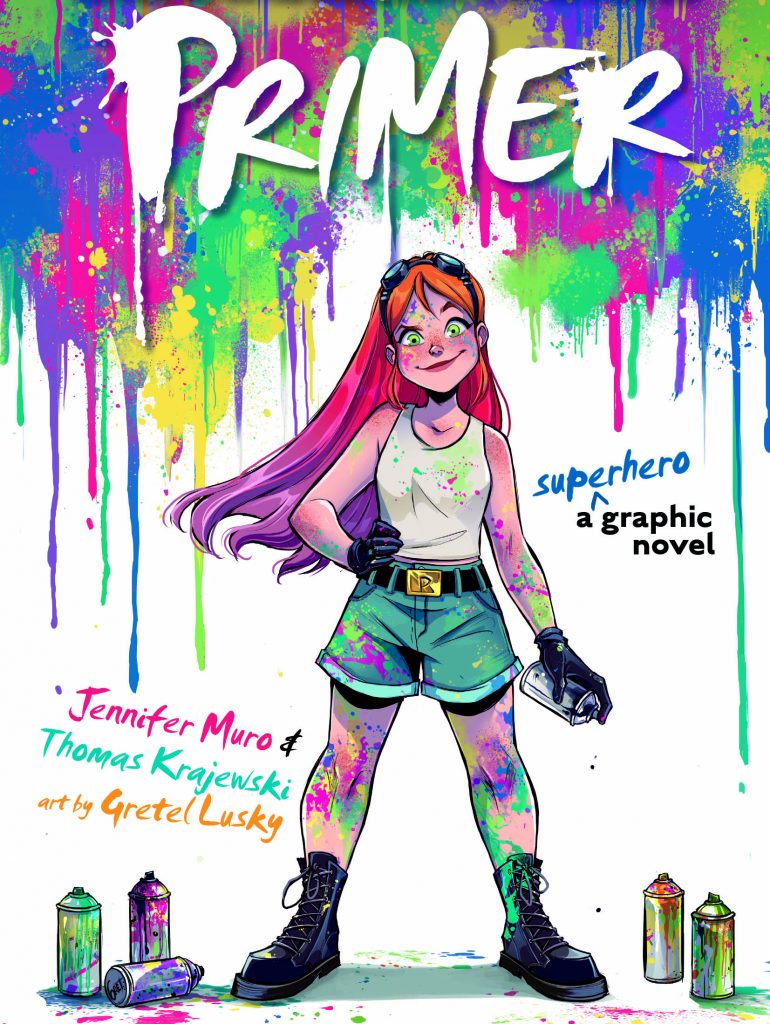 While Primer is aimed primarily at the middle school crowd, it reaches further than that. It’s a coming of age story about family, self-discovery, and what it means to be a superhero. It succeeds in being a great young adult story, but the book itself is remarkably entertaining for all ages.

Ashley Rayburn is a teenage artist who has gone through the wringer in the foster care system. Nobody wants her due to her spunky attitude and rebellious side. With her father in prison, she has bounced from home to home, making it difficult for the social worker to help her.

Things start to look up when she is adopted by the Nolan’s, an unconventional family that takes Ashley in with open arms. She even makes a new best friend at school, an aspiring hairstylist named Luke. Everything is great; nothing can go wrong now…until she stumbles across a suitcase full of enhanced body paint that turns her into the world’s newest superhero.

With a rogue government agent after her, she must think on her feet and be the hero she is meant to be and stop living in the shadow of her criminal father.

I had a lot of fun with Primer. Written by Jennifer Muro and Thomas Kranjewski, it is one of the purest, fun, and exhilarating comics I have read in a long time. It combines the wonder, angst, and curiosity that embodies what it’s like being a young teen with an incredibly smart, funny, and sly heroine. Ashley is an incredible character, she’s always up to something interesting, and you quickly care about her and her situation. She’s not perfect or “normal” by any means, but she isn’t worried about that. She fully embraces who she is, and so do the Nolan’s when they take her in.

The way they use color and body paints is exciting and very cool. Each color is a different superpower (flight, teleportation, fire, etc.), and the rules are you can only use three at a time. It makes for some great moments of discovery and some hilarious situations. It also makes the world so much more colorful and unique, unlike anything you have ever seen. As you can imagine for a story revolving around it, the artwork by Gretel Lusky is astounding, very much in the vein of modern Cartoon Network or Disney shows. It’s incredibly colorful and vibrant, but never overbearing. It’s a style that sits comfortably inside the confines of the world of DC Comics, but a little bit more on the brighter side.

As the father of a young daughter, it’s great to see books like this. It is very empowering to that demographic, but also anyone in the age range. Ashley is relatable to kids of all ages, and adults can see a lot of themselves in her when they were younger. Her best friend Luke, is also a great role model for boys who don’t follow the status quo and follow their own path. That’s what the story of Primer is all about; embracing what makes you different and following your own path. It’s a message everyone can relate to.