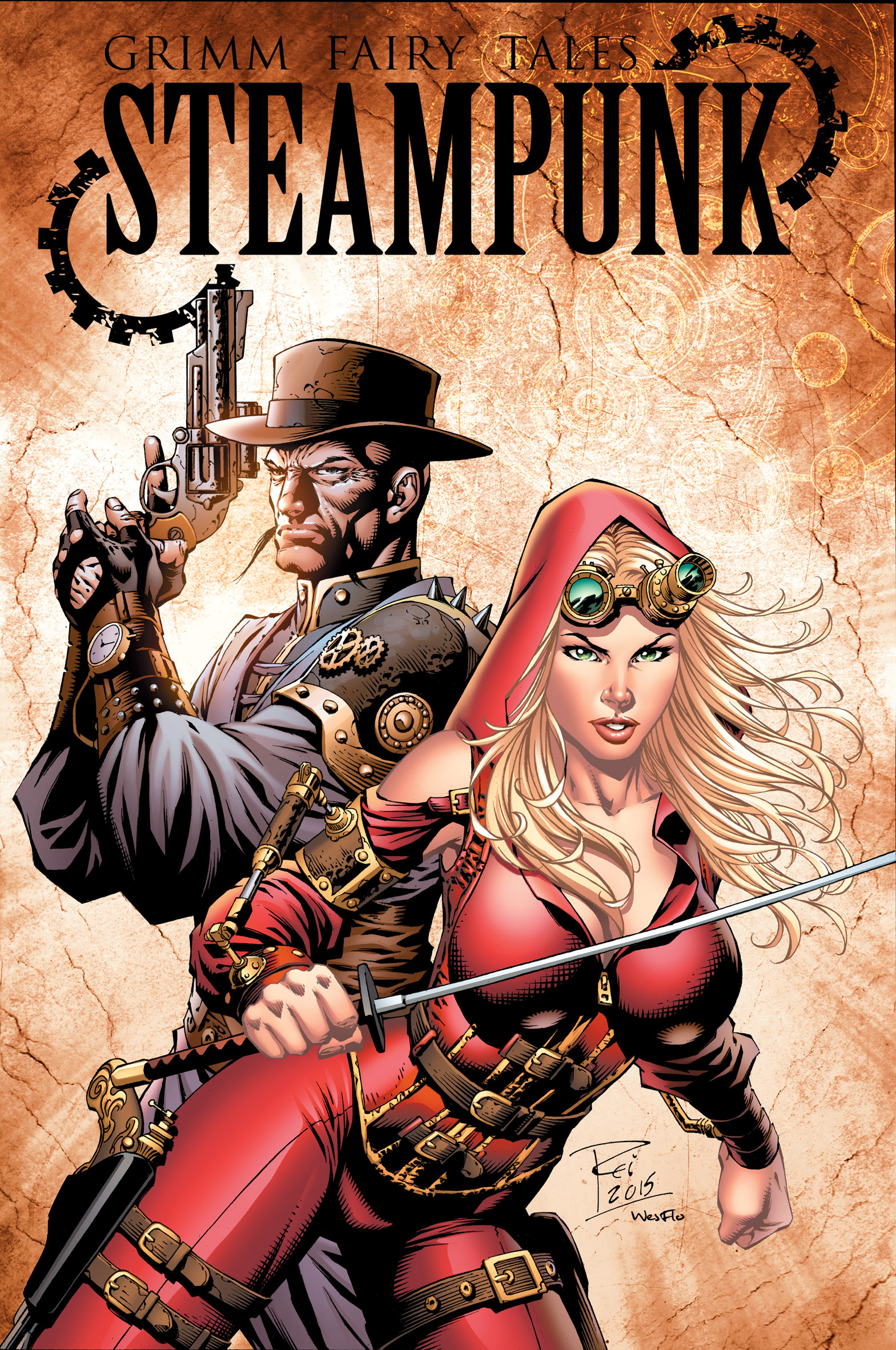 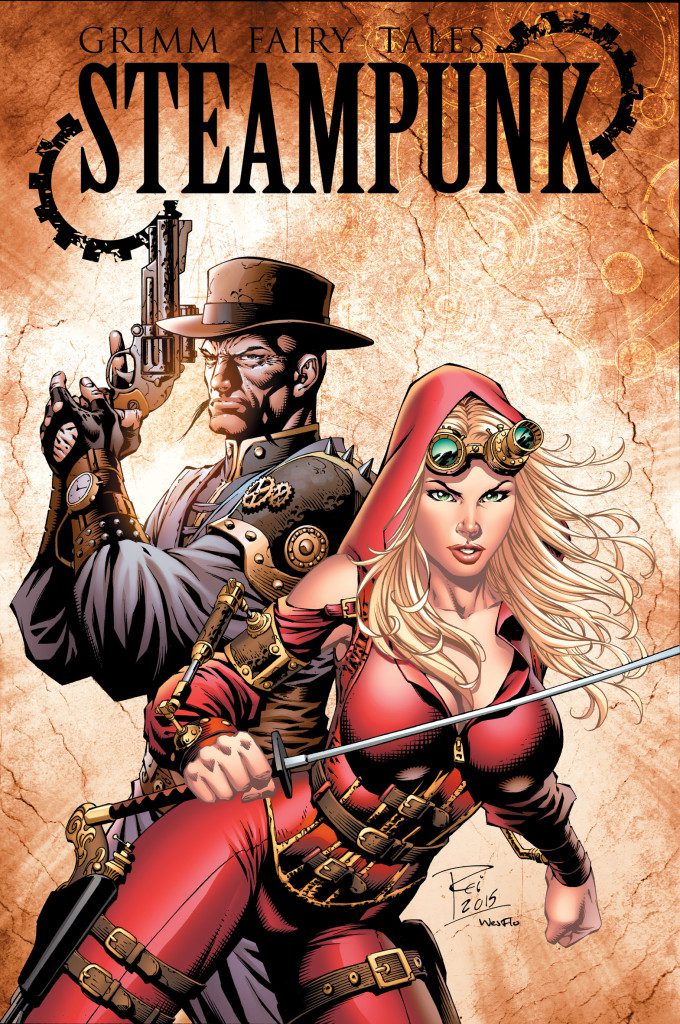 Zenescope Entertainment is bringing their iconic characters into a world engulfed with elements of Steampunk when Grimm Fairy Tales: Steampunk hits in 2016.

In an alternate Steam Punk reality, Robyn Hood, Alice Liddle, Cinderella, Van Helsing, Nathan Cross, and many other of the most popular Grimm Universe characters live in a stunning but dangerous world unlike any you’ve seen before.When a group of outlaws led by the infamous Robyn Locksley pulls off a major heist, her and her crew are hunted down by Shang, the local Sheriff, a mysterious assassin, and an extremely dangerous gangster who runs the town named Snow White.

Writer Pat Shand is joined by artist Annapaolo Martello and Robert Bevard as the colorist on interiors to bring this amazing new reality to life; with covers  by Sean Chen, Richard Ortiz, Mike Krome, and Renato Rei. 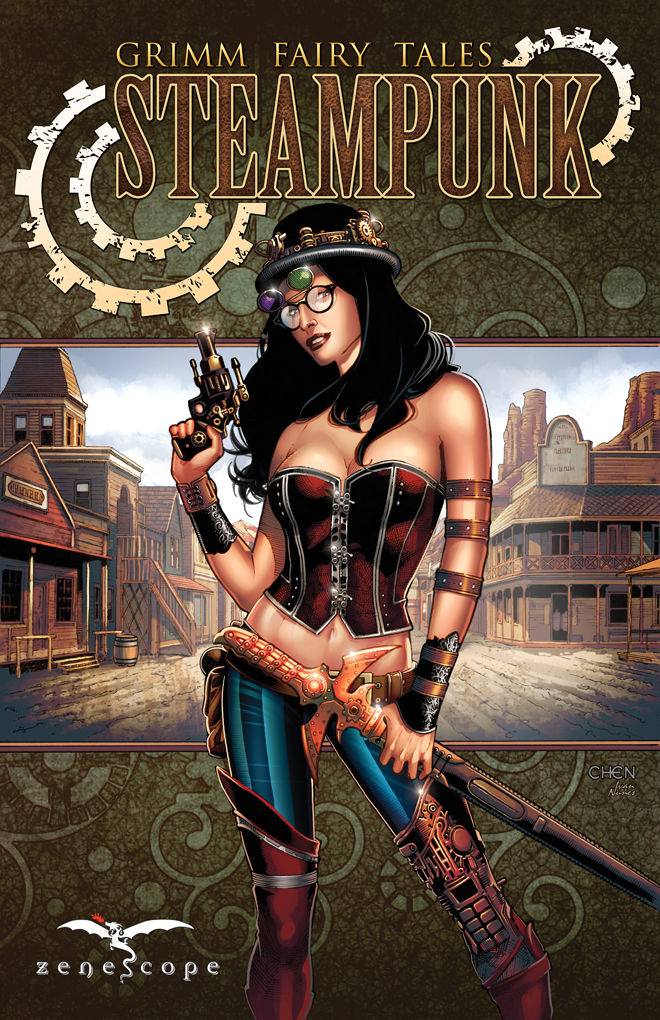