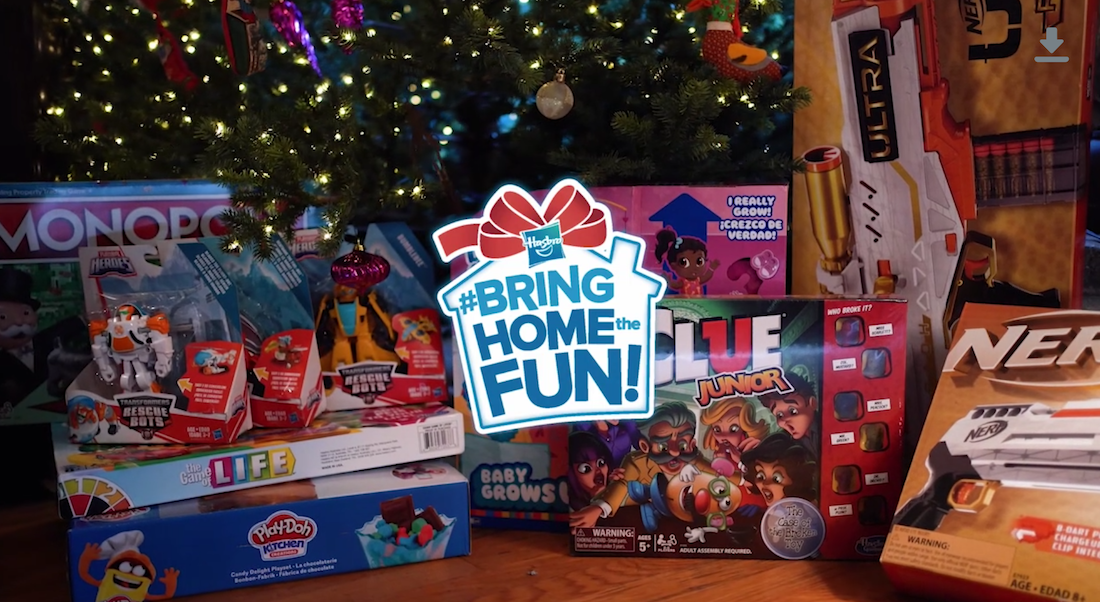 Hasbro, Inc. announced plans to join forces with Charlie “Rocket” Jabaley and his “Dream Machine Tour” this holiday season, bringing positive experiences to communities that have been greatly impacted by this difficult and unprecedented year. The company is contributing $450,000 to Grammy and Emmy award-winning Charlie “Rocket” Jabaley, who will use the funds to deliver acts of kindness to families across the country via his “Dream Machine Tour.” The initiative – which includes the spontaneous donation of cars, rent, and life changing experiences – will impact deserving individuals, families and organizations throughout the country. The collaboration is a part of Hasbro’s “Bring Home the Fun” campaign, which provides parents and caregivers with resources to help keep kids engaged and occupied during extended time at home. The inspiring announcement video can be viewed on Charlie’s YouTube channel.

In 2018, Jabaley left the music industry to begin touring the country on his “Dream Machine” presented by the Dreamr App tour bus; an effort that ultimately allowed him to raise money and make a difference for families across the U.S. Starting today, with support from Hasbro, Charlie will continue his mission to support those in need by helping 100 deserving families celebrate the holidays in a meaningful and exciting way despite the hardships and challenges faced by many during this particularly difficult year.

“It is a dream come true to be able to team up with a company that brings so much joy to families on an ongoing basis,” said Jabaley. “With support from Hasbro, we’ll be able to give the gift of laughter and fun to hundreds of kids that may not have otherwise received it this holiday season, and even help keep families in their homes.”

“At Hasbro we have been following along with Charlie’s Dream Machine Tour and have been blown away by the incredible, life-changing acts of kindness he has been delivering around the country,” said Chief Consumer Officer, Eric Nyman. “We were so inspired that we decided to join in Charlie’s mission and fund an extra special leg of his tour this holiday season. We are excited that Hasbro has the opportunity to be part of the happiness and hope Charlie and his team will inspire this holiday season and beyond.”

The ‘tour’ officially kicked off on Sunday, December 6th, with an intimate takeover at the I Believe in Nashville store at The Mall at Green Hills, owned by Tim Gerst, in which select families were invited to “shop” for Hasbro toys and games, from iconic brands such as Nerf, Play-Doh, Monopoly, Transformers, Baby Alive and more, using only Monopoly money as their form of currency. Participating families were required to follow applicable COVID-19 safety guidelines.

In addition to the store takeover, Charlie will be hosting a variety of charitable and inspiring acts throughout December 2020 and beyond, including: