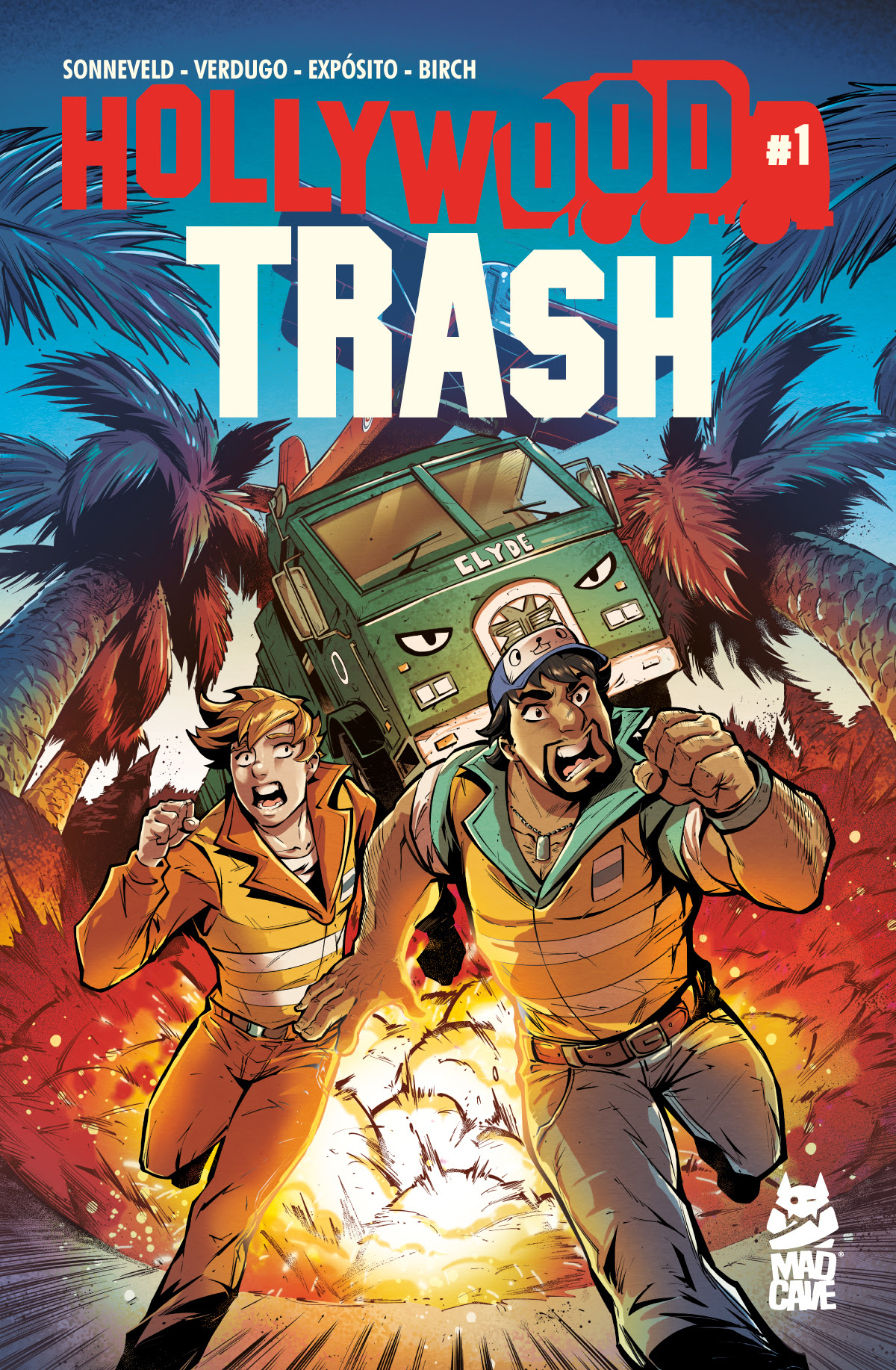 Comics fans won’t want to miss Mad Cave Studios as they kick off October with the Mad Cave Showcase 2.0 on Saturday, Oct. 3rd, with all new guests and announcements, talk of the launch of the new YA line, Maverick, and more!

Out next week from Mad Cave is Hollywood Trash #1, written by Stephen Sonneveld, with art by Pablo Verdugo, colors by Jose Expósito, and letters by Justin Birch

Ah, Hollywood! Famous for celebs, sun – and murder cults! The Privy Council is the most exclusive club in town, headed by the entertainment industry’s top mogul, a ruthless exec who enlists his famous underlings to kill the people who stole from him, two local garbage men. James and Billy must survive one epic day of sword fights, forest fires, and giant mechs! At least there’s hazard pay. Hollywood Trash​ is five-issues of all-out action and wacky satire!

“Hollywood Trash does a phenomenal job in weaving stories within a story. The reader is transported into an epic movie plot line. The parallels are compelling… It is enjoyable for any reader!”