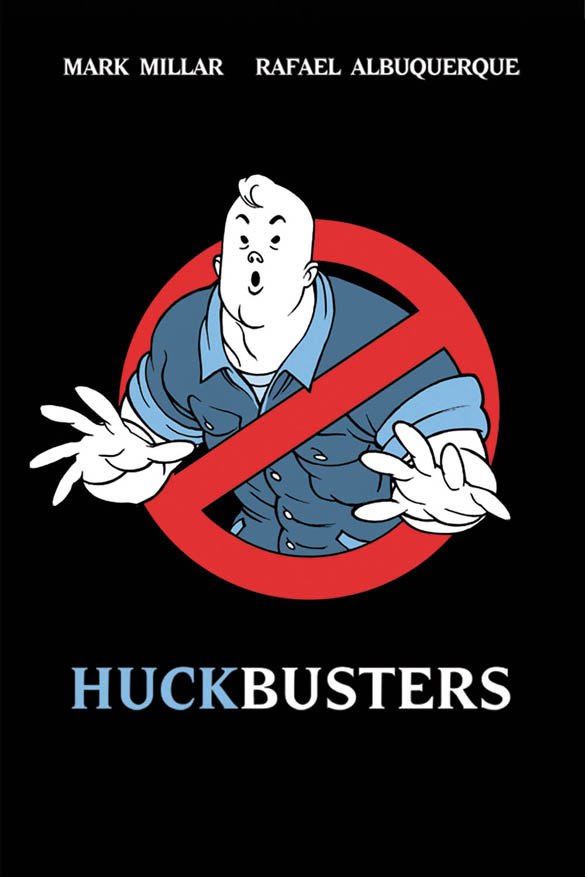 It’s no secret: I am a huge fan of Mark Millar and Rafael Albuquerque’s Huck from Image Comics. With issue #5, our hero is in the most unwelcome of situations, as he and his mother have been taken by someone who pretended to be Huck’s long lost brother and the doctor who had Huck’s mom captive when she had given birth to the young hero.

The book takes a dark turn as we see the depressing, forgotten world of the former Soviet Union. Being held hostage by Professor Orlov and his artificial intelligence enforcers, XV and XVI, the innocent minded Huck and his equally super powered mother have to find a way out of captivity against impossible odds. The book is far darker than the previous issues, but is no less entertaining. We get to delve more into the motivations of Orlov and why he is so obsessed with Huck and his mother. We also get to see Huck get creative in solving the dire issues in front of them.

Millar adds a new layer to the story, as we see more from the evil forces at work here. The dark brutality of the world Orlov thrives in is on display, a stark contrast to the small town that Huck resides in. Albuquerque’s artwork once again shines, even in the darkness seen here. The high contrast used to display the gloomy land of Russia looks fantastic, as does the strong use of orange and black, used to show the danger Huck is in, look very atmospheric and works so well .

This is another solid issue of Huck, and with the way this issue ends, we know that our hero is in for a fight with issue #5. One of my consistently favorite series out right now, Huck continues the entertaining tale of an unlikely hero forced out of his comfort zone.