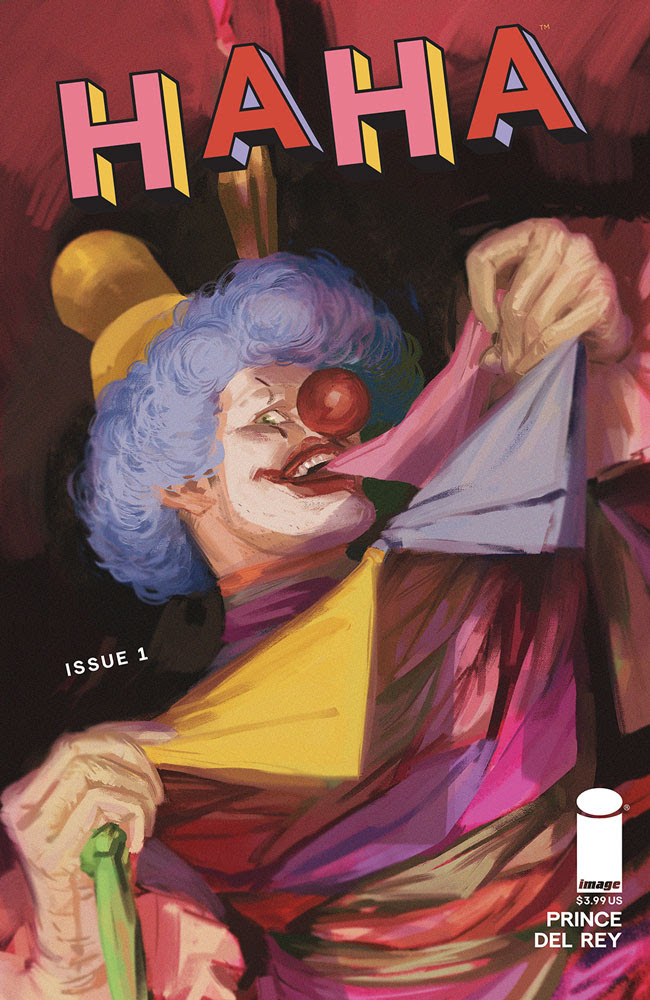 “I don’t like clowns, so I thought it’d be a good idea to write about them,” said Prince. “What a gas, to get to partner with some of comics’ best to tell these ditties about a bunch of real jokers.”

The new series is about professional clowns—it will share a common clown theme from issue to issue, but will showcase Prince’s characteristic one-shot storytelling. Haha promises a departure in tone and will break out beyond Horror to present a variety of stories across various different genres.

Haha peeks under the big top, over the rainbow, and even inside a balloon to tell a wide-ranging slew of stories about “funny” men and women, proving that some things are so sad you just have to laugh.

Haha #1 will be available at comic book shops on Wednesday, January 13.

Haha #1 will also be available for purchase across many digital platforms, including Amazon Kindle, Apple Books, comiXology, and Google Play.