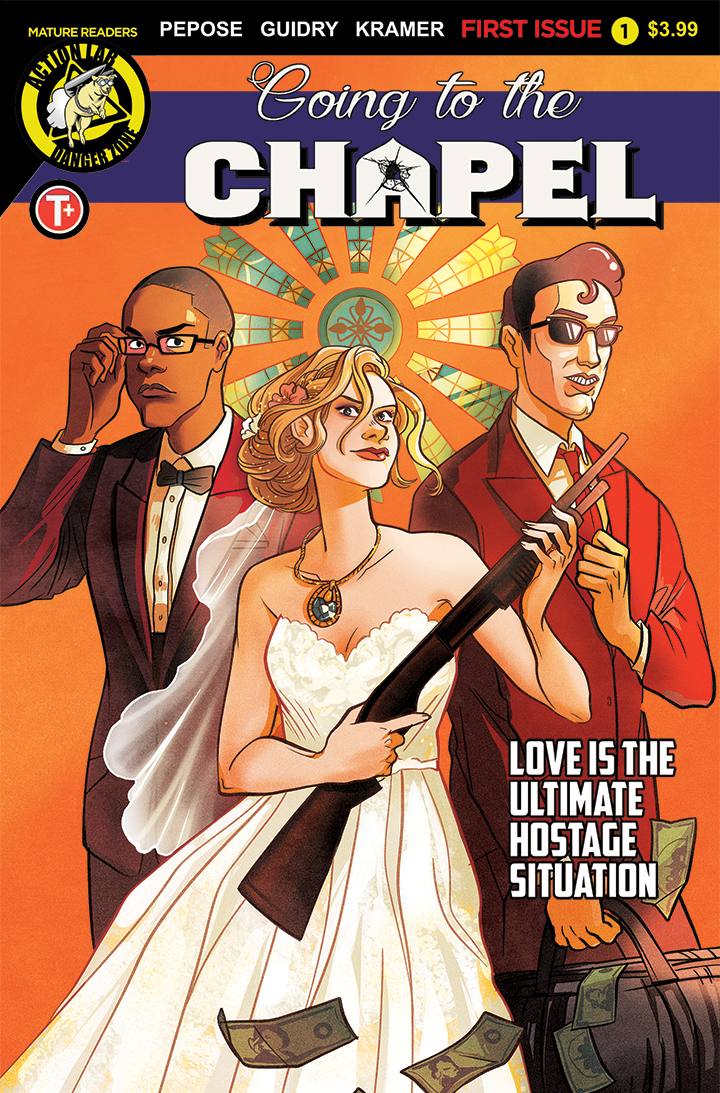 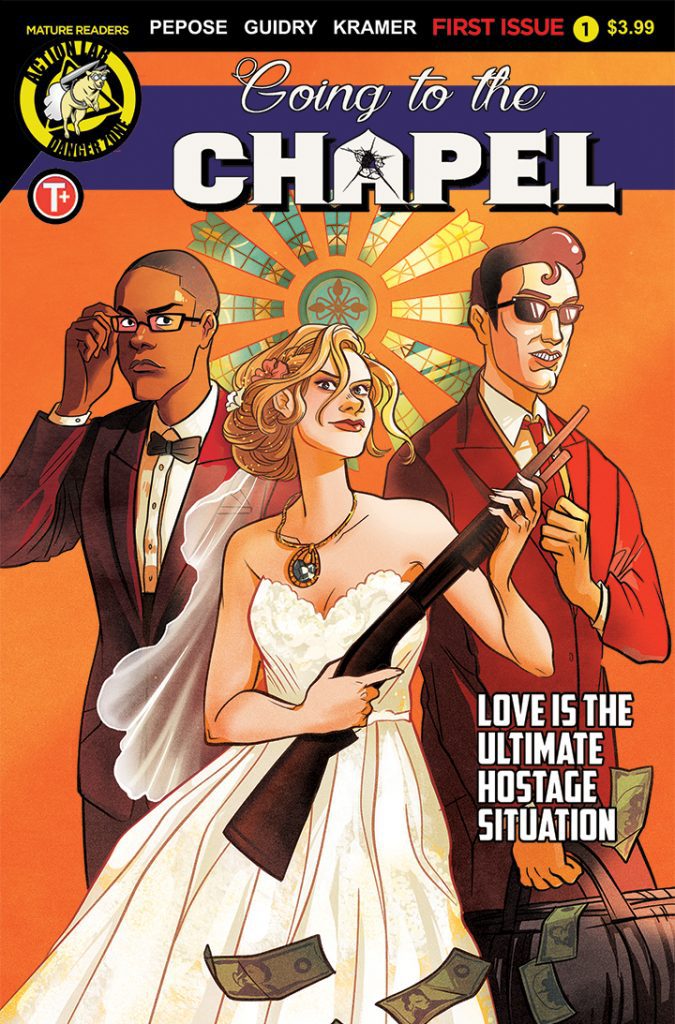 From Action Lab Danger Zone and the writer of Spencer & Locke comes “Going to the Chapel,” a romantic comedy with an action twist.

First-time bride Emily is about to get married to mister right. But she can’t help but wonder, is he mister right for her? Just hours before the wedding, she is having second thoughts about the whole thing. After being convinced that she should go through with it, the festivities begin. After all, what’s the worse that could happen?

The Bad Elvis Gang. That is the worse that could happen. A group of Elvis impersonating thugs crash the wedding and try to find what they came for, not knowing that law enforcement is on their tail. Now trapped inside, they take the wedding guests hostage and try to finish the job. But what the guests don’t know is that they didn’t come for money or jewels, but something else entirely. This is going to be an exciting ride.

“Going to the Chapel” is off to a great start with this first issue. It’s charming and smart like a good romantic comedy should be. Written by David Pepose, he infuses the characters with realistic and grounded personalities. It moves at a brisk pace and doesn’t let up for a second. What starts as a typical romantic comedy scenario quickly turns into something completely different and unique. Even when it does take that turn, it doesn’t lose any of its charm or wit.

The artwork by Gavin Guidry and colors by Liz Kramer are on par with the writing of the book. It’s a lot of fun to look at, and it brings to life the story and characters. It’s bright and colorful and brings the story together in a vividly beautiful way.

“Going to the Chapel” is a lot of fun and doesn’t hold anything back. It is a romantic comedy, but judging from the first issue, it’s going to do very unexpected things. Much like how writer David Pepose’s ongoing “Spencer & Locke” series turns the crime noir genre on its head, this series is bound to do the same for the romantic comedy genre. I can’t wait to see what’s in store for the future of the series. You should be excited about it as well.