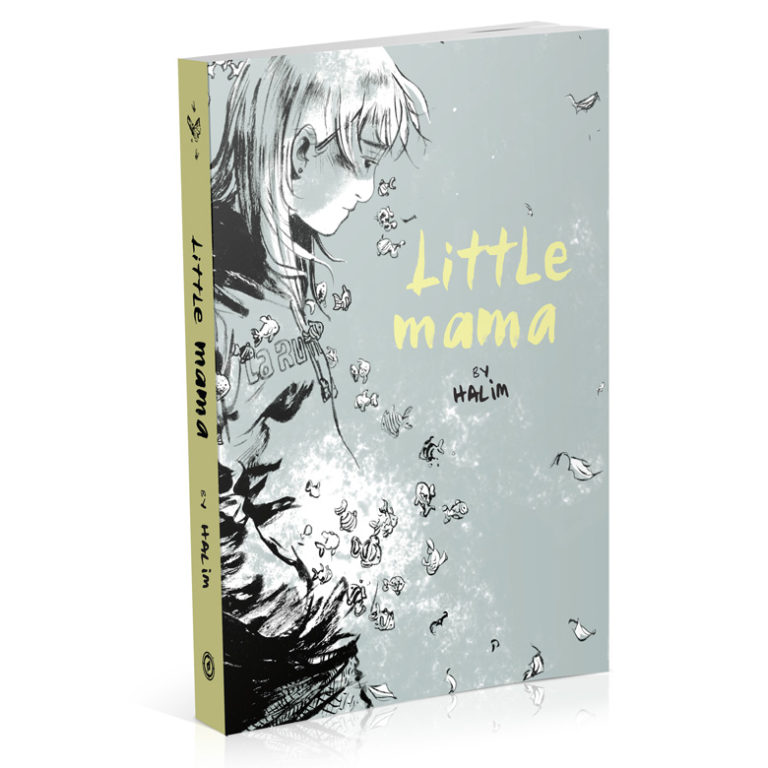 It’s not every day I start a book and can’t put it down. But that is precisely what happened when I decided to start reading Little Mama one night. I have said numerous times that the art form of a comic book can tell any story, and with this book, that idea is cemented down. Little Mama is an authentic, harsh look at the life of a little girl who endured abuse, neglect, and more, raising herself and looking out for her family like, well, like a little mama.

From Magnetic Press, an imprint of Lion Forge and Polarity, Little Mama is from writer/artist Halim Mahmouidi, and it tells a story that will shake you to your core. The story follows Brenda, from being a small child to a single mother herself. She has a young mother who wasn’t ready to be a mom, one that beats her and mistreats her. But things get worse when Brenda’s mom brings home her new live-in boyfriend, Vincent. When Brenda gets a little brother, the story takes the young life of Brenda and shows you just how horrible humanity can be.

The book, done in a black, white and teal color palette, is so raw, so unforgiving, it will open your eyes to the world of abuse, and the strength a little girl has to change her life. I was in awe more than one, and I couldn’t put this over 190-page book down until I finished it. Mahmouidi crafts a tale that pulls no punches, but neither does abuse, right? I really appreciate the hard look at Brenda’s life, and I hope it wakes up the readers to the world around them. Because, sadly, abuse is helping all around use. The humiliation and neglect Brenda endures is something that children are going through right now.

Another theme in the book is the question of whether there is an innate, natural language instilled in humanity, naturally, since birth. By the end of the book, we get an answer, an answer that answers it all. The story is told in a flashback manner as Brenda visits a psychologist while she is an adult with a child. We literally see Brenda mature through the sessions, as she is presented as a child when she is in her sessions, and as she opens up, we see her grow older until she reaches her present age at the end of the book. It’s an amazing way to tell this story of tragedy and triumph.

Little Mama might be the most important graphic novel to hit shelves this year, and that isn’t an overstatement. Magnetic Press, Lion Forge, and Polarity have brought a masterpiece to the U.S. comic book world, and I encourage you to give this a read. It is an insightful, emotional, mature readers book that deserves your attention. It has mine.