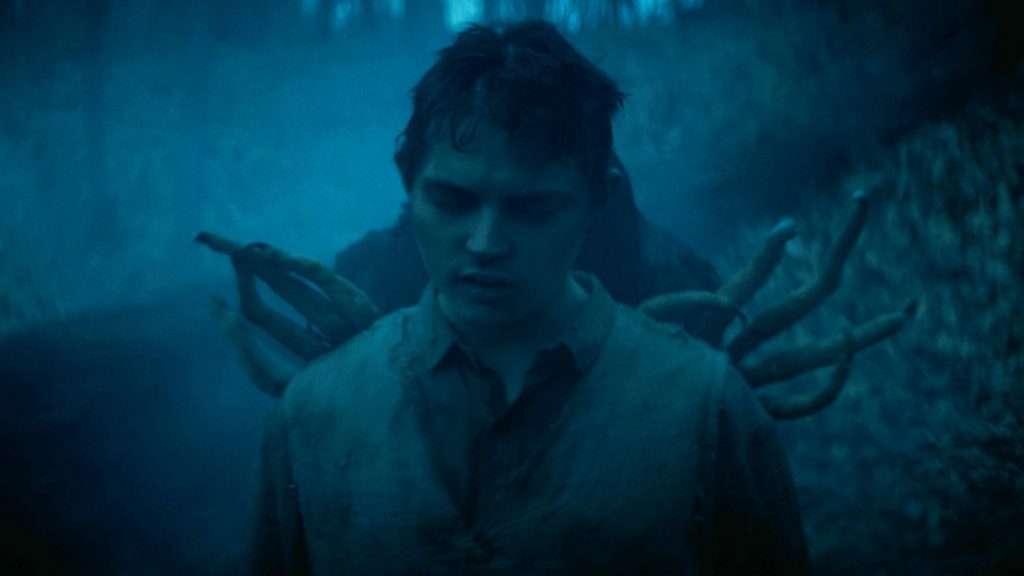 Steeped in ancient Jewish lore and demonology, THE VIGIL is a supernatural horror film set over the course of a single evening in Brooklyn’s Hasidic Borough Park neighborhood. Low on funds and having recently left his insular religious community, Yakov (Dave Davis) reluctantly accepts an offer from his former rabbi and confidante (Menashe Lustig) to take on the responsibility of an overnight “shomer,” fulfilling the Jewish practice of watching over the body of a deceased community member. Shortly after arriving at the recently departed’s dilapidated house to sit the vigil, Yakov begins to realize that something is very, very wrong.

Director’s Statement: When I sat down to write the very first draft of THE VIGIL, I knew I wanted to tell a personal story that felt universal. The movie would be very contained and the stakes would, at first glance, seem small – one man, one ritual, and one struggle with a threatening force. But the stories I gravitate towards, the stories I like to tell, are rooted in tangible human experience. One person’s struggle can take on a mythic quality that resonates far more than stories about countries or even worlds at war. All of us have suffered “dark nights of the soul” (likely several times over during the upheaval of the past year) and most of us emerge from those lean and often frightening hours changed – generally for the better but sometimes for the worse.

If you’ve come to the movie for a thrill, I hope you enjoy it and it troubles your sleep. If you’ve come to it for a glimpse into a cloistered world few secular people know, I’ll assure you that it is authentic. Regardless of the reason you’re watching THE VIGIL, I hope you find something in our little story that haunts you, that burrows like a splinter in your consciousness and leaves you thinking. Even if it’s just for a few heartbeats.