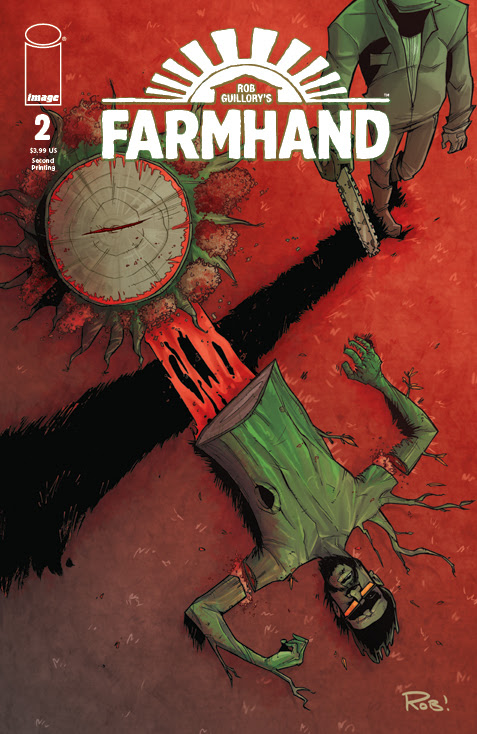 Image Comics is pleased to announce that, in order to keep up with overwhelming customer demand, FARMHAND #2 by Rob Guillory (CHEW) is being fast-tracked for a second printing.

In FARMHAND #2, Ezekiel Jenkins just wants to forget his past. Unfortunately, now that he’s returned to his family’s farm, that’s going to be damn near impossible. And if dealing with his own demons isn’t enough, today he’ll be dealing with a few of his father’s as well.