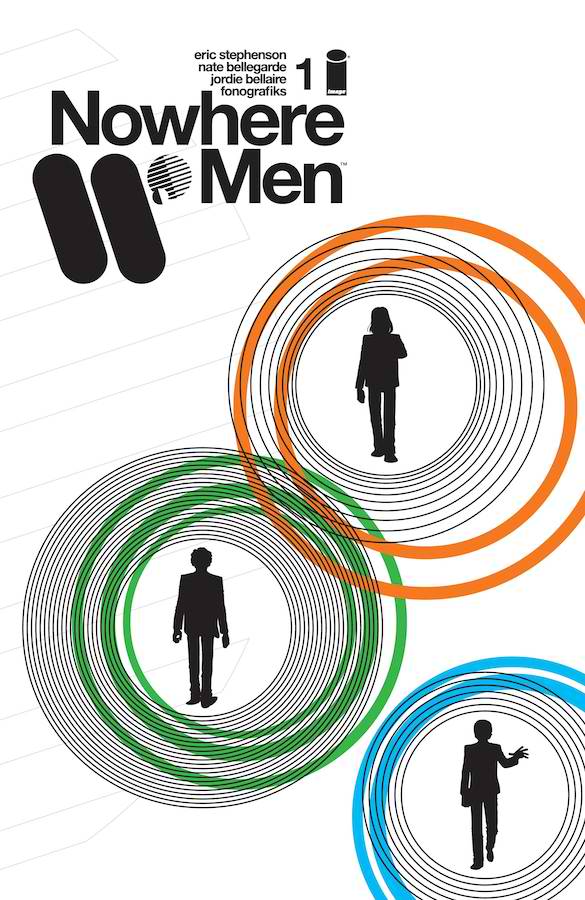 Another hot seller for Image!

In a press release sent out today, Image Comics announced that Nowhere Men #1 has sold out on the day of its release, which has this past Wednesday! Look for a second printing to hit in January, and look for a Nowhere Man #1 review to hit Pastrami Nation over the weekend! Check out the press release below:

If science is the new rock ‘n’ roll (and it is), then NOWHERE MEN #1 has done its part to usher in the new cool by selling out at the distribution level the same day as its release, November 28. The issue will receive a second printing, to be in stores on January 9.

The premiere of the new sci-fi pop-art mash-up by Image Publisher Eric Stephenson, artist Nate Bellegarde, and colorist Jordie Bellaire, NOWHERE MEN was already being roundly praised on the day of its release. iFanboycalled it “a complete experience that’s unlike anything else on the stands,” and it was the Pick of the Week at Multiversity Comics. IGN said, “Nowhere Men is going somewhere, and it seems to be a trip worth taking. At Crave Online, a review proclaimed that “Stephenson’s concept is rock solid, and it forms an instant connection with the reader” and Mediocrity is the New Genius said, “Stephenson has given us just enough story here to make us crave more.”Read Comic Books gives the issue a perfect “10,” saying “Image seems to have another winner on its hands.”

A riveting story of scientific hubris, stand-out art, and slick pop-art design by Fonografiks makes NOWHERE MEN #1 the complete package—and the all-new cover of issue #1’s second printing is just as striking as the original cover. NOWHERE MEN #2 , which carries the tantalizing—if foreboding—tagline “There are fates worse than death,” will be in stores on January 9.